Who REALLY won the Election?

Here in the US, several weeks ago, we had a really tight presidential race with two candidates nobody really even liked.

It was obvious who the media wanted to win, and polls are always either slanted or inaccurate, but I think the results ended up shocking and surprising a lot of people. But we didn't just have shock, there was outrage. Riots, even.

There have been consistent rumors and suggestions for over a decade about the polls being rigged. Voter fraud, faulty machines, corruption, etc.

And when one candidate wins the popular vote but loses the electoral college votes, there is always an outcry from the losing party.

Did this person cheat? Were these ballots counted? Should this system be abolished? What is fair? What system works?

More importantly, how is this candidate going to affect our country? Will they provide jobs? Will they help the economy?

Indeed, jobs and the economy were big topics of this election and have been for several election cycles now. What can feed your kids? How can we ensure our families have a good future?

I'm going to tell you a secret about the election that isn't really a secret. And yet, few people seem to know... it's about who REALLY won the election, and who can REALLY secure a fortunate future for you and your children.

This might shock you, but... here is the answer: it's you.

Ask any business owner or millionaire how they succeed(ed). You might say "I don't know any millionaires!" Chances are, though, you're met some before without knowing it. There is probably one down your street.

What was the game-changer for them? You might say "there must have been a good economy when they started."

You might say "their parents were wealthy" or "they have a college degree." You might be surprised at how many millionaires started with no money and no credentials.

Were the Democrats or the Republicans in power when their success really took off? They probably don't even remember.

Ask any business owner to identify the factors of their success, how their family was fed during the hard times, how they persevered through challenges. They won't talk about who was president.

They will talk about hard work and dedication. Deliberate planning. Setting and making steps toward goals.

Maybe the election results scare you... but who really has the power to change your life?

You can win despite the election, WA is your trusted advisor, and now is the time to start building an online empire. Commit, dedicate, learn, and go do it! :)

Write something…
Recent messages
cosmicradio Premium
You bet, guys! we're responsible for our own fate. :)

Reply Like Like You like this
MKearns Premium
The Russians had joint leaders (Brezhnev and Kosygin) back in the 70's. That model worked well for them at the time. We have the K&C model which is at a 90% + level of acceptance and a wonderful electorate here. These guys are hands on and will involve themselves with every single one of us. My vote would be for them in a flash. They just need a cabinet here to provide the other functions and you have an international community to choose from!

Reply Like Like You like this
Boothe Premium
@MKearns
My point is... in our current economy, we are for the most part in control of our own success.

Reply Like Like You like this
lleemcdonald Premium
I totally agree with your post as it relates to economy. I know my own success is directly related to my efforts, however, it might also be related to some degree to a lot of other factors (supportive family, caucasian, liberal state, age, gender and so on).
What does scare me about the election outcome is all the hate it is escalating. I know hate is always there, but, many more people are feeling quite emboldened to express it in physically and emotionally violent ways. That's scary. I hope this will not effect our economy, but, more importantly, I hope it does not leave permanent scars on our humanity.
Thank you for the conversation, Boothe.
Linda

Reply Like Like You like this
Boothe Premium
@lleemcdonald
We have had hatred for a long time, and it doesn't seem to be going away. It is just focused in different areas. We've even had riots before, I believe.

Excellent businesses thrive in even the harshest positions. We are lucky to have the society we do where we can start businesses and seek opportunity! 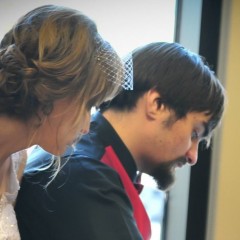