"WHAT ARE WE DOING TODAY, BRAIN?"

"THE SAME THING WE DO EVERYDAY, PINKY. TRY TO TAKE OVER THE WORLD!"

So, if you know what cartoon that came from you are my hero. I actually woke up this morning with this on my mind. The "world" being my current and future niches. My current niche is in the realm of artwork, primarily my own.

I decided one day to give photography a shot due to a business idea I had way back when. The problem with that initial business plan was that there was way too much red tape for me to cut through in order to get licensed and so forth.

I decided to trim that idea down and build it into something else. I was quickly able to establish my LLC and take off from there. I put together a list of themes for photoshoots and began trying to find a couple models for my first few shoots.

"Considering the selfie epidemic in the world it is surprisingly hard to find people to pose for my camera even though they get paid well."

So, my first couple shoots were with the same model and we covered two different themes. As with the initial business idea that turned into something else, so did the final images of these photoshoots.

Not so much the images, because I captured what I wanted, but the final product. I took these images over to photo shop and began to play with a few ideas that came to mind during the shoots. The results were "Emotional, thought provoking, and controversial" artwork!

I was a little skeptical of my ability to "create" as I began the process, but after finishing my first piece I thought to myself, "Damn, I would buy this! People will buy this!" Not because I am a Pro Photographer or a master of Photoshop, because I am niether, but due to the emotion in that image, the connection that some would feel, and the fact that it is so open to interpretation. The title of this image, "Imprisoned: Prisoner of Thought"

Upon completion of this image I saw the possibilities of what my company could become. I feel like it could REALLY take off, but I have had several set backs and they are always based off financial struggles, available time, and of course general motivation.

Financial struggles and available time will remain a factor until I succeed in making sufficient sales, but the motivation aspect is no longer an issue due to the opportunity I have here at Wealthy Affilliate.

If you read my short bio then you know that this is my second time here at WA. The first time I joined I came into it as with a "get rich quick" frame of mind. Although this was several years ago I still look back on that and I know that I failed before I even started. I entered my venture with the intention of judging my success based on profit and nothing else. All the goals I set for myself were income based. Though I learned a lot in my short time here back then, my efforts did not make me a single dime. Guess what, I only gave it like 3 weeks, lol.

This time around is much different as I have no clear cut financial goals. Sure, I know I would be happy making this amount and ecstatic making that amount. I know what I need to make in order to quit my job and do this full time, but that is not so much a goal, it is the reality of things.

My goals now are quality and progress based and through "quality progress" the money will come without limits.

I'd like to thank Kyle and Carson for building Wealthy Affiliate and of course the community here for making it a wonderful place to be. The knowledge shared here is truely priceless!

If you have read this far take a moment to really take in the amount and level of knowledge you get from WA and its community. If that is not enough to make you feel like you can take over the world I don't know what would give you that feeling.

Write something…
Recent messages
Babou3 Premium
I remember this cartoon, it's true they never gave up on this idea.
So be as hardheaded as they were and I'm sure that unlike this cartoon you'll do it on your own way.

Reply Like Like You like this
BMTruelove Premium
@Babou3
Yep, without a doubt. I know I will succeed with all the training and amazing community here at WA

Reply Like Like You like this
Cass51 Premium
You do know they never actually managed to take over the world?lol But we can, one bit at a time. Thanks for sharing with us Brandon. Cass

Reply Like Like You like this
DBCrist Premium
It takes a community in more ways then we realize. To motivate ,learn and sometimes just listen. Your certainly not alone. Enjoy the journey, it will pay off in the long run. Dave

Reply Like Like You like this
BMTruelove Premium
@DBCrist
Most definitely takes a community. I am thankful that this community is not filled with competition as I have seen in other places. If it were then everyone would be unwilling to share.

Reply Like Like You like this
BMTruelove Premium
@Marley2016
Thanks. I feel my writing is a little awkward at times. That will be a major issue when I start trying to pump out articles. I have been spending a lot of time reading catchy articles in general and trying to get a handle on writing catchy content for my own site.

Reply Like Like You like this
Marley2016 Premium
@BMTruelove
Brandon,
You are going to do just fine :)
Thank you for sharing - oh did I get the cartoon correct?
Susan 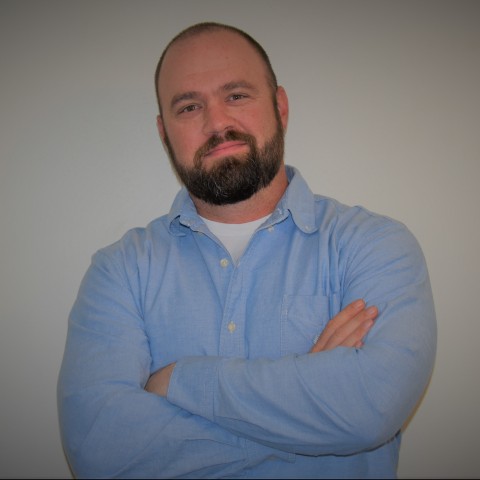