Hey there! Hope you are having a fantastic night!

I am here to build, and to learn how to present, the platform with which we here in canada will assert our inherent freedom, dignity, and rights, as living, breathing, thinking, and feeling people, not via heartless policy made by Crown corporations, and filthy rich, sick individuals who think they own us. They think they own us because they think we are things. Are you a noun? A person, place or thing? No. The problem is, unless you are wakeful to this, you will never know that the legalese language, the jargon of the courts, treats you as exactly that. A thing. But we will get to that. I promise.

Mark my words please. Come Canada Day 2018, we will be leaping into our first year, free from repeating monstrous history, and the Crown itself. Mark my words! The cord will be cut!

I am fearless, and I am enjoying this immensely. I look forward to teaching the concept of true literacy, by exposing the deliberately concealed, legalese language, that has not only infested our legal system, but almost every other system too. It has enabled, and purposefully taught us to stigmatize one another, as a matter of domestication. Indeed, there is a reason that our children are not taught this language in school, and that reason is simple. To keep us ignorant to the absolute fact that freedom is inherent, and that Maritime law, which is actually trade law, has zero authority over us once we are educated. We will to get to that. It's simple. I am!...Not...I am a!...thing!

Suffice it to say, Homey D. Clown said it best when he said, "Homey don't play that game!".

I have recorded the workings of the Carfentanyl cull of thousands of innocent, vulnerable, and or sick people here in Canada, that is occurring at the hands of the sick Crown, via our own ignorance, stigma, and all around human cruelty. And it crushes me to say, that it most perfectly parallels the way of the holocaust, and the absolute, and utter fact, that neighbours put neighbours, onto trains to Auschwitz. By the time this comes to pass, you will see that Nuremberg was a warm-up. I dread adding up the numbers, and counting the dead, but it is being done, and we will face it together. Justice is about removing broken trust and rebuilding. Punishment only involves hate.

It has been incredibly painful to document the Parable of the Good Samaritan in action, but I would do it all over in a flash, because I have God, and yes, even if I didn't have the love and support of my well minded RCAF General brother, and our very healthy armed forces. Believe me, I would see him across the table at the tribunal just as quick as anyone else if he were genocidal too. I, you, and any other person I've said this to, or who has seen my on-line "rants", begging for the lives of our innocent fellow, would have to be off their bloody rocker to actually believe that I, an institutionally labeled psychopath, could escape our great country's security, if it were not true. I love our fellow, and I have no thing but health at heart and mind. But that, is a message for the sick, not the misinformed.

Know this. I will be wiping up the genocidal Crown's bloody floor, with Mr. Trudeau's beautiful hair! And I'm not making fun of him. It's true! He has gorgeous hair, and so full. It's just not full enough to wipe up all the blood. I'll have to use Mr. Singh's, and Mr. Scheer's too, and then go looking for more, of course, to clean this mess up. I keep asking people, "what the heck did you think judgement day was all about? Hocus pocus?". They just don't understand that genocide and slavery are against the law of our living God, not their dead corporate personification(s)! It's unlawful, not illegal. And for those who are afraid, I say this. Us well-minded people see that, as far as labels go, only victimizers scramble, in fear of justice, to cover up with lawyers, while victims only require lawyers if they so choose, and welcome justice. I'm into healing, and re-building trust. I will trust God to sort out the deeply ill too. It is about mercy after all, and ! am human. All I can say to that, is thank our living God, that I am of sound mind. Can you imagine if I were not?

No one culls our neighbours on my watch! And if you understand the legalese language, you will know the pun was not intended.

It is time for us to take our places in history. During my efforts, I was hacked on SM so badly, that my tech guy, Jay, said he'd never seen a hacking done to the extent that mine was. The paedophiles were worse than the sick cops and psychotic doctors and nurses, that held me against my will, according to an invalid form 42, tied me down and drugged me, out of stigma and cruelty, for saying I needed protection from a hacker, and that humans deserve to live.

Now that most of my SM has been disabled, to great relief I might add, I really need help organizing and publishing the massive amount of data and documentation I have, to the world. I'm having difficulty accessing messages too, in addition to an attack on my laptop, so please be patient. I am doing my best. I will also have two new sites up to start building and presenting my platform by some time next week.

Wow! This is incredible!

Praise the one and only true living God. I am.

Write something…
Recent messages
Labman Premium
Well that is quite a post. I hope you are able to document your case. Good Luck. 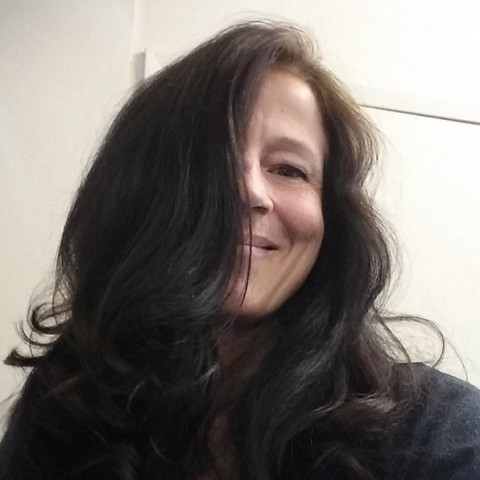