Last Update: August 18, 2012
Sitting in a couch and talking about the world is not the best thing to do. Things happen, people come and go, governments come and go, but it the people who are stationary. It is they who have all the power to change their own worlds. Today, there is a grave ethnic problem brewing in my nation that has resulted in rumours galore.

Immigration is a raging issue worldwide. It is no different in India. In the north east state of Assam lies, BODO, a tribe of plains. They are the indigenous population of that state. They are one of the largest communities of North East India. Their language involves scripts from Latin and Bengali (Assamese). Recently, due to the large influx of Muslim population from the neighbouring country - Bangaldesh, the BODOs have started seeing a threat to their existence. A few days back, 2 Muslims were killed in the state of Assam.

In retaliation, sudden protests have gripped the country. In Mumbai, a few days back, a section of Muslim community came on to the streets and protested in a not so democratic manner. They snatched guns, attacked journalists and vandalised property. The city of Bangalore was not left behind too with text messages being sent to students of north east studying there. Rumours have started flowing here and there.

The government has taken a clean stand on this and vowed to protect the interests of the people. They have arranged for security and are making an effort to cool off the false rumours that has gripped the nation.

Write something…
Recent messages
seodipanjan
Great way to put up your protest. Though I have also tried something similar , please check out "http://2012quits(dot)blogspot(dot)in/p/my-column(dot)html" . We need a fresh and pure India in 2012.
Please replace the (dot) by "."

Reply Like Like You like this
kisholoy2012
"It is they who have all the power to change their own worlds." ~ Really true.
Hopefully the riots will die down soon. But I don't think it is a simple matter of Bodo versus Muslim. What is the nature of the muslim immigrants? Indeed immigration is a problem, but we have to see the class background of the immigrants as well. Are the Bodos getting displaced by rich Muslims? I have heard about Bengalis (Hindus) who are rich and displace Bodos. So as you said, rumors galore. But I have a hunch that some political forces with vested interests exploit the situation and make matters worse. 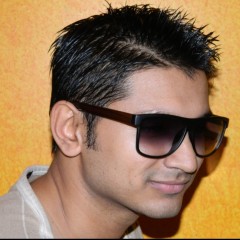