Jesus vs the Easter Bunny!

Greeting my Brothers and Sisters, one of my Reps sent this to me and I am sharing it with you. I wish each and every one of you a Blessed and Safe Easter.

The Easter Bunny and Jesus

What does the Easter Bunny have to do with Jesus?

Walk into almost any retail store right after Valentine’s Day and you’ll be greeted by a wall of pastel-colored baskets, plastic eggs, jelly beans, and—perhaps most famous of all—chocolate bunnies. You know Easter is coming.

Since the 1840s, the Christian holiday of Easter, which celebrates the resurrection of Jesus, has gained secular acceptance in America. There are parades, parties, and elaborate egg hunts—even the White House gets in on the action with its own annual egg hunt on the lawn.

While Easter traditions vary, one account says that the Easter bunny brings lucky children treats before dawn on Easter morning. So for children in the West—particularly in the United States—the Easter bunny has become one of the most recognized symbols of this Christian holiday.

How did this happen? What in the world does the Easter bunny have to do with Jesus?

The Significance of Easter

Easter is a Christian festival or holy-day that commemorates the resurrection of Jesus on the third day after his crucifixion. Taken together, the crucifixion and resurrection form the central events of the Christian faith. It is not too far-fetched to say that without the resurrection there is no Christianity, so it’s no wonder that Christ-followers began to celebrate the event early on.1

As with all things human, there were debates about the best way and the best time to celebrate Easter. Some wanted to continue to associate it with the Jewish Passover on Nisan 14 of the Hebrew calendar. But that date could fall on any day of the week, whereas Jesus’ resurrection took place on Sunday. As such, Western Christians decided to make sure that the holiday occurred on a Sunday.

So church leaders came up with a specific formula: Easter is observed on the first Sunday following the full moon after the vernal equinox—that is, the first day of spring in the northern hemisphere. Consequently, Easter in the West can be as early as March 22 or as late as April 25.2

The significance of Easter in the Christian calendar grew with the addition of other days of great importance. Good Friday marks the day Jesus was crucified. Holy Week commemorates the events in Jesus’ life leading up to his crucifixion and resurrection. The season of Lent establishes a forty-day preparation period of prayer, fasting, and reflection prior to the Easter celebration.3

Because of Easter, Christians believe that death is not the final word. Ultimately, all who belong to Jesus will one day break the shackles of death and live again in glory.

So if Easter is a celebration of Jesus’ resurrection from the dead and its significance, how did the Easter bunny become associated with it?

Hares and Rabbits and Bunnies! Oh My!

In order to understand how and why the rabbit became associated with Easter we have to go back to ancient Mesopotamia and Syria. Three thousand years ago, the hare symbolized death and rebirth to these ancient people. Over time the associations made with hares shifted to rabbits because they have many of the same characteristics.4

Moreover, in the Greco-Roman world, rabbits were also associated with lust and sexual excess. This idea has endured—something we can see in Hugh Hefner calling his playmates “bunnies.” A connection between rabbits and sex was obvious, given how often rabbits were caught engaging in sexual activity and giving birth. Even today, we’ve likely all heard the phrase “breed like rabbits.”

In the ancient world, rabbits were said to serve various gods of love, life, death, and immortality.6During the Renaissance (a period that harkened back to the classical world), art featuring frolicking rabbits suggested unfettered sexual pleasure. Given this association and the arrival of spring in the Northern Hemisphere—which signaled the rebirth of the earth after winter—hares and rabbits became symbols of fertility in pre-Christian Europe.7

The Arrival of the Easter Bunny

The direct link between Easter and rabbits was forged sometime in sixteenth- or seventeenth-century Europe.

Some trace the word “Easter” to the German fertility goddess Eostra, who in some traditions was even associated with hares.8 However, more and more scholars think it may have come from a Norse word for “spring,” which in the Germanized form is ostern.

In all likelihood, the name of the goddess was also derived from the local word for spring, but it is impossible to say which came first. What is clear is that various symbols for fertility—eggs, rabbits, and lilies—that were already fixed in culture all became firmly attached to the Christian holiday known in Western Europe and North America as Easter.

Jesus and the Easter Bunny

In the last two hundred years, the Christian holy-day has become more and more of a secular folk holiday. By the 1890s, the pagan and folk aspects of Easter as a celebration of spring were fully established and commercially exploited in America.

New clothes, parades, candy, and egg hunts have become key cultural expressions, even though the number of people celebrating the religious significance of the holiday declined in the last half of the twentieth century.

In the end, the Easter bunny has nothing to do with Jesus directly. There is nothing in the Bible or Christian tradition that links the two together. Yet still, the “pagan” associations of the hare and rabbit with fertility, life, death, and rebirth remained near enough to the cultural surface to find expression alongside the powerful religious claim that Jesus had conquered death.

If art, legends, and myths from the past teach us anything, it is that human beings long to live, to love and be loved, to reproduce, and to live beyond death. The resurrection of Jesus—the central element of Easter—reflects those longings and affirms a dramatic claim: one day death will be swallowed up in victory.9

Write something…
Recent messages
Kav Premium
Thanks for taking the time to explain this. I've never read anything this detailed about the subject though I know that the resurrection had nothing to do with bunnies, easter etc.

Enjoy the rest of the Resurrection remembrance! Nothing should be allowed to trivialise the sacrifice.

Reply Like Like You like this
AniGago Premium
I am orthodox Christian and for us, the symbol of Easter is the red colored egg and the lamb. The last 5 years, as an influence from the west, came the easter bunny, which I personally don't like. People accept what the market offers them, without thinking if it's OK or not.
Thank you for posting this.
Jesus resurrected.

Reply Like Like You like this
WLG Premium
@AniGago
My pleasure Ani, it's always about the money. I Pray that you have a Blessed and Safe Easter

Much Luv To You and Yours;
To God Give The Glory;
Praise His Holy Name;
Your Brother nIn Christ;
William

Reply Like Like You like this
PatSID Premium
Lovely, thanks! But I must admit, from childhood on, I was always offended by the Easter bunny cojoining with the sacrifice of a great man, and felt that Christianity was the religion that always seemed to trivialize sacred holidays! Think also Christmas tree and Santa Claus. Don't get me started.

Reply Like Like You like this
WLG Premium
@MargaretS1
Thank you so very much, Margaret, Blessing to you this Easter. The Most Sacred Of All Holidays. I Pray that we truly understand what this particle Holiday Really Means.

May God Our LORD And Savior Bless And Keep You And Yours.

I Love The LORD With All My Heart;
I Shall Keep His Commands And Follow In Christ's Footsteps ForEver And Ever;
Your Brother In Christ;
William

Wishing you a Blessed and wonderful Easter. 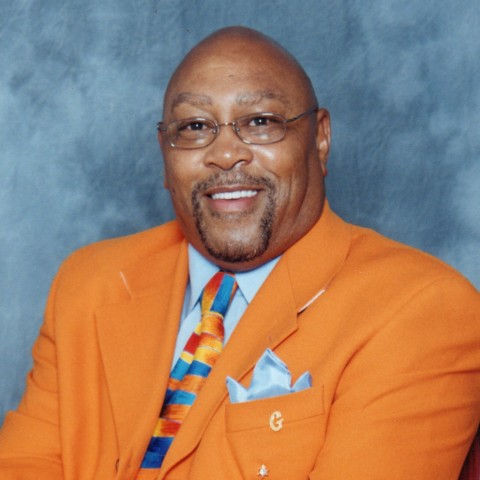