I have been "surviving" all my life. I have been known to be in hopeless situations and still pull another rabbit out of a hat. WA is my rabbit.

Here is how all this happened.....

I had a good job that seemed to have a way to advance. Everything was going well until Dec 17th 2001. I had a car accident. That is the day that changed my life in a bad way. I was off work for over 3 years , struggling, and lost my job. I had to have surgery to repair the damage. Unfortunately they could not fix all of it. They tried. I had 3 solid years of physical therapy 3x a week. The trauma from the accident brought on fibromyalgia. All the pain made me give up my hobbies. I could no longer do the things that I loved.

In 2008, we lost my daughter's dad to suicide. That was the hardest thing I have ever had to deal with including the car accident. Shortly after his memorial, I found out that she was gifted. I had always suspected it. With that, we moved to Georgia so she could start college underage. I had to go with her. (BTW, I did NOT like college except the part where they thought we were sister. lol.) She grew up and became comfortable with it. She has done a fine job of taking care of herself as an adult.

I moved back to Michigan in 2012 to help take care of my mother who was aging. I did that for 4 years until she finally had to go into assisted living. I won't go into the gory family details.

In 2016, I sadly discovered that the job market had taken a drastic change. So, I took the first job that I found that could pay the bills to some degree. It was kind of fun but the atmosphere was attrocious. People had become self centered and devious. Not my cup of tea. I left that job early 2017 and to one that I thought I would retire from. It was extremely physical and was literally killing me. I was working 50-60 hours a week. My fibro went into over drive. I felt like walking death. I kept going and pushing my body beyond its limits every day with the help of caffeine and over the counter pain pills. Never again will I do that kind of damage to this body. It just can't take that kind of abuse anymore. Long story....they downsized and I had the least seniority. They laid me off July 16th 2018. I would like to say that it was a God send but I am not so sure. I have a mortgage to pay. I do not want to lose my house. I worked very hard for it. My body is paying the price.

I watched a lot of webinars and researched how to make money online. Boy, some of those were ridiculous expensive and pushy. I happened upon WA and was interested. Never before had I seen so much given away for free and isn't that expensive to upgrade. So, I thought, why not give it a try. (Yoda would not agree to the try thing). Well, I ended up "doing". How cool id that? I am not that far along yet. I am only in level 2. But, this site and group are addictive. There are so many nice and helpful people here. It is a miracle. I am going to be taking this as far as I can. I need to make a decent living that won't damage this body any farther.

Downside: I will need to get a j-o-b while growing my business. Bills to pay you know. If anyone has any suggestions, it would be truly appreciated. I live in Jackson MI

Write something…
Recent messages
MsJohnson718 Premium
I live in Jackson, MS. I was laid off from my job of 2 years on July 1, 2018. I found. WA and joined on July 12, 2018. Yes, I can say. WA is my rabbit as well. I do still need something to pay the bills until I start making money with my WA business.

Much Love and success to you!

Reply Like Like You like this
MKearns Premium
I have physical therapy twice a week for muscular atrophy over a long illness but I am nothing compared to your trials. Keep on molly and bless you especially for finding Wa

Reply Like Like You like this
CravenATAT Premium
Your story is so captivating and filled with sorrow and happiness. I hope you can use the bad times and build from them to bring out the light in everything you write and do. I don't know much about Michigan so I can't help there but I wish you the best in all that you do 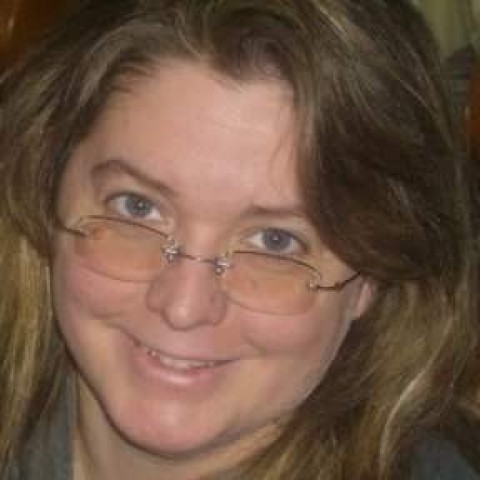