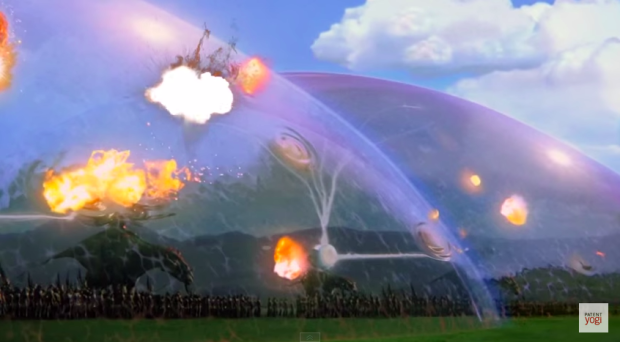 Designed to protect targets, such as a vehicle or building from the damaging effects of shock waves from a nearby impact, the system is not designed to prevent direct impact from shells or shrapnel.

This product is called a shock wave attenuation system, which consists of a sensor capable of detecting a shock wave generating explosion and an arc generator that receives the signal from the sensor to ionize a small region, producing a plasma field between the target and the explosion using lasers, electricity and microwaves.

This small plasma field would differ from the surrounding environment in temperature, density and/or composition and would provide a buffer between the target and the explosion that would hinder the shock waves from reaching and damaging the target.

Because this system heats and ionizes the air, it is unsuitable for enveloping a target and being held in place for any length of time. That kind of force field is technically feasible.

Physics students last year determined that an electromagnetic field could by used to hold a plasma shield in place, but it would likely also deflect light, leaving anyone inside blind.


These force fields will detect nearby explosions, and using lasers, ionize the air between the protected area and the explosion to block shock waves from causing damage. The system could potentially work with vehicles, buildings, ships and aircraft.

What do you think, are we there yet?

Write something…
Recent messages
Christabelle Premium
This is very interesting! There are such amazing strides being made, it will be interesting to watch the continuing development!

Reply Like Like You like this
Christabelle Premium
@TJRANDO
That would be interesting though I have no doubt that will be a little further down the road!

Reply Like Like You like this
helyearelyea Premium
I think we are a good little ways from this actually being implemented in any way shape or form. It will probably be at least another 5-10 years plus before the military sees anything like this. But that is just a guess. Who knows

Reply Like Like You like this
TJRANDO Premium
@helyearelyea
Hi Andrew- You are probably correct. I would love to see what applications it could be used for in commercial use! 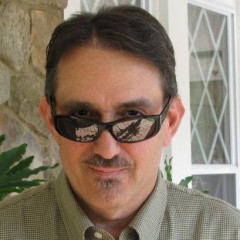