A Day in Life

I am no believer in coincidences, or happenstance, believing instead that there are Universal laws that work in many a mysterious way to protect and guide us.

Case in point: I have trained my dog for the last several months for a specific, challenging, performance test that would be the human equivalent of a triathlete competition. Hundreds of hours and hundreds of dollars had been spent readying for this test.

Finally, the day of the test came. He performed the hardest, and most complex, multi-parts of the challenges with ease. People were excited, they began to come up to me talking about the super test that would be next in line, one you and your dog could only compete in by invitation. I began to wonder if I wanted to go to the expense, time and energy to make sure all was right to go to the test that is several states away and would take days of driving, with all my equipment, to reach. I had a fairly strong assumption that I would talk myself into going. I was almost looking forward to it regardless of everything it would take to get there.

All that stood in the way of his award and the invitation was the last, simple, challenge to the test we were at. Suddenly our time was at hand. We stepped up to take our place and complete this last leg of the challenge. My dog was happy; he was ready. Off I sent him.

He played around in the field; he came back to check on me. He smiled as only a dog can smile...and he was disqualified.

Nobody could understand why he did what he did. Why did he perform flawlessly on those test segments that were so difficult to learn and then just fizzle out on something so simple?

I have only one explanation for it. The Universe spoke and there was nothing to do but listen. The choice of going a thousand miles, just me and my dog traveling along foreign roads to a faraway place unknown to me, was taken from me. No achievement award was obtained that day but the inherent risks, and those unknown dangers, were gone in that very same instant.

Write something…
Recent messages
MJLaupp Premium
Sometimes it's actually easier to have the decision made for us, don't you think? 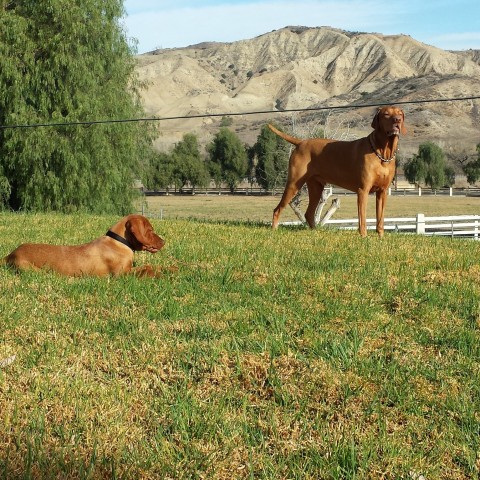