This is to all the newbies out there and for those who are thinking of giving up. I have to say that I was once where you were and I never thought that I would be successfully earning online.

I never thought that I would make even $1 with my business but here I am today earning three figures consistently every single month. The training here works!

Don't lost heart! Remember the reason you joined in the first place and ask yourself if there is a better opportunity out there to get to your goals.

Chances are that there won't be anything as affordable as this online business and the income potential here is huge!

I don't even know where to start because February was so good in so many ways!

2) I got a total of 2 new WA sales, which brings back my conversion rate to what it normally is. 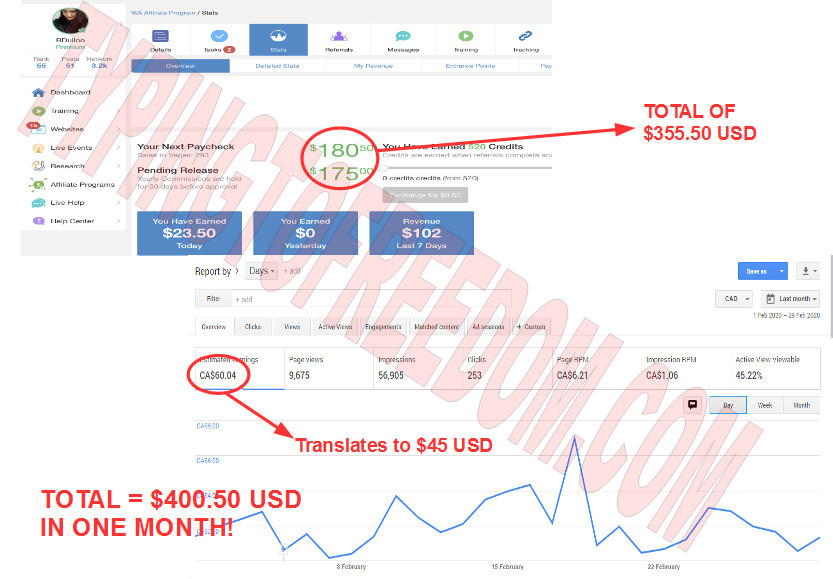 I'm super excited because that's the highest that it has ever been! I really only worked about 40 hours in that month, so it works out to about $10 per hour, which, to me, makes sense.

It means that I'm at least making minimum wage for doing what I love!

Some Bumps In The Road

It does not matter how good my income is or how well my business is going, there will always be obstables and bumps in the road.

There are some things that I definitely need to work more seriously on, and that's to publish more posts in order to increase my monthly visitors.

My goal in February was to put out 20 posts, but I only got to 15. At least that's 15 more posts ranking on Google and bringing in the traffic and the referrals. However, traffic is getting thinner.

Last year, starting September, I was getting 10K visitors per month and in February, I really only got 7,700, and it keeps decreasing. It works out to be a decrease from around 350 visitors per day to just over 200.

I know that it is due to one of my posts becoming less and less popular. I am still ranking #1 for that keyword on Google, so it's the number of searches that's decreasing. Can't really do much about that.

So that's why I will be focusing on what I CAN control and that's the number of posts that I can put out in a month.

The other good news is that I figured out a way to post videos on Youtube for the time being, using my old computer. It's taking longer than usual to upload the videos, but the most important thing is that it gets done.

I haven't worked on my YT Channel in a while and that might be one of the reasons that I'm getting less visitors and referrals. So let's see how March pans out, with me being back on YT!

Additionally, I have to say that although I didn't work on my YT channel for over 2 months, that I still kept getting subscribers and watch hours. Each day, I get closer and closer to being monetized on YT, and once I do get monetized, it will increase my earnings... :)

I can't wait but it will all come in due time. I'm really excited at the possibilities!

The Key To Success Is...

Well, I won't lie to you. It takes a lot of hard-work, a lot of hours, a lot of frustration and even a lot of tears. Oh yeah, there were times that I wanted to give up, but I knew that I couldn't do that based on emotions.

When I had enough for a while, I just took a break, but I NEVER gave up.

Keep at it and take one step at a time every day. One thing you've worked on today, no matter how small it is, is one step closer to you making your dream come true.

I hope you're doing well, it looks like you are Reyhana! What an inspiring post, I think this will be so encouraging to many people who are starting out. I really appreciate your honesty. I don't think any business is easy to start, whether it's offline or online, it takes hard work and effort.

The great thing is that you are progressing and things are happening, where will you be this time next year?

Wishing you the best and great success, Reyhana.

Reply Like Like You like this
RDulloo Premium
@Roybretton
Thank you so much for your wonderful words, Roy. And yes, it’s not easy but it’s definitely worth it.

Wishing you great success too!

I know this post is a few months old Reyhana, but it's great to see a few more's success stories in your blog posts! Congratulations, I am really pleased for you, well done!

Have a great week.

Reply Like Like You like this
RDulloo Premium
@Roybretton
Thanks Roy. Yes it is a few months old but the income is increasing for sure with each passing month. We just gotta believe in the training and in ourselves.

It's really great that your income is increasing Reyhana. I know that the training works, I think the biggest thing is that we take action and make the most of every spare minute.

Reply Like Like You like this
BobMargroff Premium Plus
Hi Reyhana, great post, and inspiration. I see your posts and see where I really want to go. YT is definitely the way to go as I see your success here.

Keep up the good work... I look forward to when you post about your 4000 watched hours.

As always, I wish you the best!

Reply Like Like You like this
Jukkah Premium
That's crazy good for 40 hours / month! Congratulations! How old is your site and how many posts do you have if you don't mind me askin? I put that in almost every week currently. The site I created last year is making about $100/month and my WA site is really picking up but still not any sales. I plan on writing over 300 posts this year and I'm dead set to go to vegas so wish me luck.

Congrats on still making those sales! It's better than nothing for sure.

And don't worry, your WA website will start picking up soon. It's just very competitive so it will take longer, a bit more work and a bit more patience to see results with it.

I'm also dead-set on Vegas! See you there!

Nothing will beat you, nothing with get you down and will literally build a business and make vegas...even if it kills you!.

I absolutely love the determination that you have, fine example for all who give up so easily or the whim of an algorithm change.

Thank you kindly for your content and updates. The keep me going when I'm down and need that little pick me up!.

Reply Like Like You like this
RDulloo Premium
@DerekMarshal
Haha, thanks Derek.. :) I never looked at things this way before. I just told myself never to give up and to march on no matter what. But it feels nice to know that this is what others think of me... lol

It's always a pleasure to share and to see such a positive responses to my updates. It really makes me feel like I am a part of the WA family.

Reply Like Like You like this
EdwinBernard Premium Plus
Way to go Reyhanna. I love your drive and enthusiasm. The analogy of earning minimum wage doing something you love was brilliant. You're just a step or two away of graduating to the next phase of your affiliate marketing journey.

I'm still working on getting referrals to WA. 59 articles done and working on my 60th.

Chuck Holmes wrote an intriguing post recently where he stated his biggest mistake was focusing only on writing posts and doing SEO and not independently promoting hos articles. His point was we will get more bang for the buck if we combine organic growth with that achieved by self promoting. If you are not doing the latter, I suggest you explore that option.

I asked if he wrote an article on what steps he took.

Anyway, I wish you well in your affiliate marketing journey.

I absolutely agree that promoting ourselves and our businesses is one of the best thing to do, not only writing articles. My way of advertisement, the one that I feel is best for my audience, is video.

So I do create my YT videos, but I was slowed down the last few months due to not having a laptop. I just recently came to know of a roundabout way to get my videos on there again.

So I hope this works! lol

But I will definitely look into other ways that could be seen as self-promotion. There is always a better way! 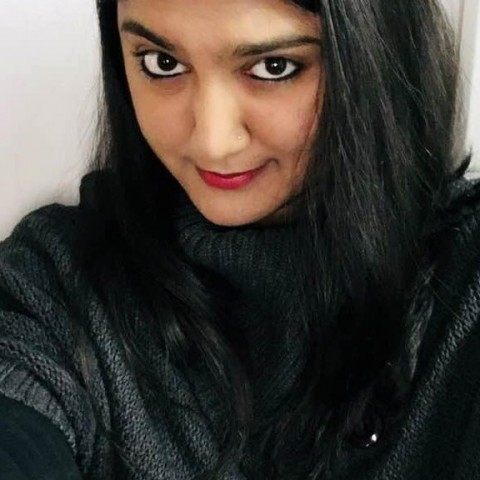