How Much Your Value Is?

Everyone has value and the value could be far more you can imagine.

Here is the tittle story telling you how much value you may have. The story heppened at the Wudang Mountains in China. The monks take many days and years for studying and practicing the techniques and strategies of GongFu from their masters. After years practicing the monks are not only excellent for fighting but also amazingly can control and move the Qi (energy current) in their bodies to whatever where they want.

One day one of the monks after the class asked his master how much value he had. The master instead of giving him immediately answer and told him tomorrow bring one stone with him put a farmer market at the foot of the Wudang Mountains. The requirement was he could not sell the stone. Next morning the monk put the stone in that farmer market. He stood there for hours and no one even looked at it. He felt disappointed. He just decided to go back to the mountains and one man walked toward him and asked how much the stone. He said 20 bucks. The man said: "My house door lock is broken and I need a stone temporarily hold the door in the night when he sleeps." Before he tried to say that he liked to take the stone the monk left already..... He was so exciting and running toward to his master and said: "Master, the valueless stone even worth 20 dollars." The master didn't seem excited instead told him to bring the same stone and put in front of the hardware store in town. This time many people looked at the stone before they get in the hardware store. Finally one customer came out of the store and asked him how much the stone he liked to sell. He said 100 dollars. Then the customer said I took it. He didn't say anything and leaving the store and running towards his master. "Master, Master," he excitingly said: "I can sell the stone with 100 dollars". The master nodded his head with little smiling and told him this time put the stone in the front of museum in big city. Next morning the monk followed what his master said and put on the stone close to the museum entrance. This time the people not only just looked at the stone but touched the stone all around and studied what kind of stone was. Many people were in the line and tried to know what the strange stone was and asked the prices. After studying, the first person in the line asked him "How much this gemstone?” He was so delighted but with surprised that the person called it a gemstone. He said: It is 1000 dollars. The person immediately said I liked to take it and tried to pay him money. And the monk didn't sell it to him and fast run back to the mountains. Next early morning he reported to his master that stone was worth of 1000 dollars!

Write something…
Recent messages
jazminf Premium
I love that story, makes so much sense. Thanks again PositiveGuy:) 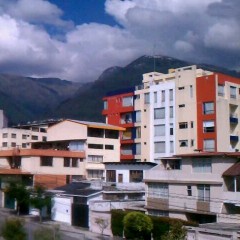