It's Not A Straight Road to Success

On the Road Again!

I first joined WA about a year ago. I was thrilled withfinding a provider that was ‘real’ and provided tons of education, assistanceand a wonderful support community. I’d been down many dead-end roads and being60 then, I felt like time was rather running out to find the “Real Deal”. I jumpedin with both feet, as usual, and started the training and creating my firstwebsite.

Suddenly, all my old evidence of failure began to surface. Anxietystarted to replace my confidence. Then all the worries and self-doubt began. Notenough money, this is too difficult, I can’t really make money doing this, Idon’t know enough to really make this work, and on it went.

After aquiring some training on how to re-wire my own brain, I am back on track with WA! I am happy to report that I am feeling happy and confident for the first time in my 60 some years on this earth. My goal here is inspire anyone struggling and even those experience success!

When you hit the wall of FEAR, there are three possible outcomes: Fight; Flight; or Freeze! My response was to freeze like a deer caught in the headlights. I couldn’t concentrate or focus my attention on the tasks at hand. I simply felt overwhelmed. I struggled to change those feelings, all to no avail. I finally just gave up and quit WA.

That was the pattern of my life for some 50+ years. Only recently did I stumble upon a way to retrain my brain and short circuit the old pathways (habits) and begin to create new pathways that, in time, will become new habits. As we don’t promote in our blogs, I’ll put the full info in my webpage, once it is up and running. I’ll keep you posted on that development.

FEAR Is Based On Our Perception Of Reality.

The reality we see is not the reality that exists outside ofthe mind’s imagination. It’s a fundamental neurological fact: our sensescollect information about the outside world and the brain processes it in waysto enhance our survival.

Our reality is based upon our most inner beliefs. Thesebeliefs exist below our conscious level of awareness. As the noted psychiatristAlfred Adler theorized, these beliefs PULL us in the direction of preconceivedgoals. These ‘goals’ we actually formed by the age of 10. Neuroscience nowproves this out, after more than 20 years of research!

The good news, as I said earlier, is that your actions canbe automatically changed by altering those underlying beliefs. Create your own reality in your mind first and that realitywill manifest in real life. I know this to be true as I’ve seen it play out inmy own in a very short period.

In my case, I listed old inventory for sale and got it placedonline is just a few days. This inventory had been sitting around collectingdust for over 3 years! It is now making me money! In the past I would freezejust thinking about accomplishing this one task! My reality has changed,therefore my actions changed to reflect that new reality!

I'm also back to working on my website and continuing with the training that I left behind.

Why Live With a Scarcity Mindset?

If I’ve heard this once I’ve heard it a hundred times over. “If You Can Have It All Why Settle for Less?”. My simple answer is that I settled for less because I did not believe that I deserved more. Other people deserved more, but not me. Once upon a time, I studied Alfred Adler’s “Individual Psychology”. I learned about the unconscious mind, core beliefs and their damaging effects in adult life. What I did not learn was how to successfully eliminate or change those limiting beliefs. I reverted to my old self-destructive habits and continued to live my life, such

as it was, surrounded and guided by those beliefs. One of Adler’s theories that always stuck with me was that one creates their own reality by the age of ten.
By then you have already set goals, most of them limiting, and you will live out your life being pulled toward those unconscious goals.

I fully adhere to that theory. I believe my life bears that out. No matter what I did, read books, go to seminars, listen to subliminal tapes, self-help groups, and individual counseling, the course of my life did not change. I would alter course for a short time, but I’d lose control of the tiller, and be right back on course for failure.

The world can be a worrisome place. And when worry turns into anxiety afalse alarm sounds in the brain creating a distorted fear of a future outcome.False fears paralyze our growth as human beings. And remember, irrational fearsare nothing more than a mean trick the mind does to make us believe we're inworld of danger.

You have the power toconquer all this False Evidence Appearing Real.

All it takes is a little determination, discipline,and practice. I suggest exploring the latest brain research and advancesin neuroscience. It's possible for you to learn, just as I did, how to overcome your fears and create your own reality set for SUCCESS, automatically!

Write something…
Recent messages
keishalina Premium
Thanks so much for kindly sharing with us & posting today ...

... there's a ge-zillion means & ways to success and of course, what is success exactly? ... only you can define it for yourself... 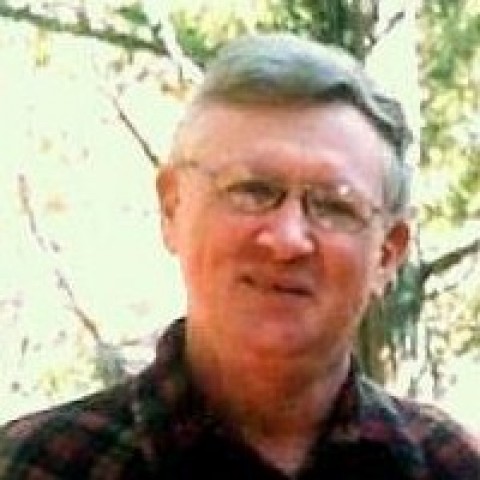