Know What the Law Actually Says and Means!

Know What the Law Actually Says and Means!

One of the biggest case-losing mistakes is mis-reading the law.

If you don't know what a law actually says, you'll have a devilishly hard time getting a judge to agree with you!

Understanding the "rules of language interpretation" is essential ... not only to winning lawsuits but to obtain success in other pursuits of life as well.

Legal language must be interpreted according to the "rules of language interpretation".

Understanding the rules of language interpretation are vital to winning your case. You DO want to win, don't you?

Too many otherwise clever people "assume" they know what a law says, when the only opinion that counts in court is what appellate justices say the law says.

Appellate justices apply the rules of language interpretation. You must also!

For example, one of the principles rules is the "Plain Meaning Rule". This rule requires judges to give words their "plain meaning", i.e., what an ordinary reasonable person would believe a word means in the context where it's found.

You must never let a judge or opposing party or his lawyer to play games with words. Knowing these rules (more completely explained in my course) gives you the knowledge-power you need to put a stop to the word games!

If a reasonable person would read "bicycle" to mean a two-wheeled vehicle powered only by legs and feet, no judge or lawyer should be allowed to stretch the meaning to include mopeds or motorcycles. Judges and lawyers should be compelled to agree that a law says "plainly" what it says and that it means it.

Sometimes judges and lawyers twist words to reach an outcome they desire. YOU must know these rules so you can put a stop to it before it causes you to lose your case!

So? What if the meaning is plain but the context is confusing?

Other rules (explained in my course) give clear direction.

For example, according to the rule of "ejusdem generis" (simply Latin for "of the same type"), general terms at the end of specific lists include only things of the same type as those specifically mentioned in the list. If a provision lists "oranges, grapefruit, lemons, and other fruit", the doctrine of ejusdem generis limits the phrase "other fruit" to mean other citrus fruit. Apples and pears are not included. One may assume the provision includes other citrus, e.g., kumquats, limes, tangelos, etc. However, strawberries and grapes are not included. The term ejusdem generis means, in essence, of the same type.

You need to know this stuff ... if you want to win!

To learn more, order my affordable, official 24-hour Jurisdictionary "How to Win in Court" self-help course and get your competitive edge ... before it's too late.

Write something…
Recent messages
MrsClaus Premium
Wow... just a quick look cleared up a lot of things! Thank You!

Reply Like Like You like this
lmccoy17 Premium
@KLewis
Hi Ken, It is not about good Lawyer vs. bad Lawyer. "It is about if you know better you will do better". The The American Bar Association (ABA) reports

60% of the public can't afford a lawyer.
20% simply don't want to spend the money.
50% just don't trust lawyers!
Yet ½ of all court proceedings involve at least one pro se party. This is about "How to win in court if one chooses to go pro se. And 60% of people choose to go Pro se and have little chance because of lack of knowledge as to the way the courts work. and it is not rocket science. " I'm just helping". 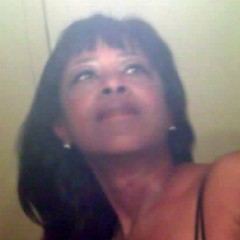