I was starting to wonder. It could be nothing, just lower search volume for certain keywords that had lost its hype in the products that I had reviewed. Or possibly some drop in my ranking, I wouldn't be surprised or alarmed about that. But I still had a nagging feeling, so my antenna was up, I was looking for something but I had no idea what it was.

Then I saw it. My pagespeed insights for mobile. ALL IN THE RED. All staring at me, in their 30s. I immediately sent a ticket to site support, who reacted just as instantly, as always. The conclusion was to check with the support team for the Wordpress theme that I was using, as that could possibly slow down the site speed on mobile.

Theme support turned up nothing, but suggested to install Autoptimize plugin, as that can possibly help speed up the site. Did so, but the numbers for mobile didn't budge.

So I did some reading up on my own, and decided to install the AMP (Accelerated Mobile Pages) plugin. Big mistake. Somehow the research that I did on the internet before deciding to install it turned up all positive feedback about the plugin.

After installation, when I had my misgivings, then the negative feedback started to appear in waves. It was so strange, it felt like Google was showing me the stuff that affirmed my own subconscious views on it.

Anyway, for 3 consecutive days after installing the AMP, my traffic totally tanked. It went right down to 100+. As I was panicking, I also read somewhere that analytics had to be set up separately for AMP traffic, otherwise it may not reflect in Google Analytics. That could be a hopeful reason for the drop.

In any event, I didn't get to find out if that was the cause, because I really didn't like how my AMP-ed pages looked. A lot of functionalities that are on my website, like contact form, subscriber form, etc. were not showing up, even the basic stuff like comments, search bar, and menu were not displayed properly.

I guess that's the whole point of the AMP plugin - to strip things to the bare essentials, that's how the content can load so quickly on a user's mobile device.

But I really didn't like it, I felt it would affect user experience on my site, affecting conversions. I wanted my non-AMPed look and feel back.

Therein lies another problem that I never knew about until then. With AMP, you can't just activate and then subsequently deactivate the plugin like any other plugin. Because Amp-ed versions of all the posts had been created, so simply deactivating it would lead to errors on those pages for people visiting the site.

I could add some code (with the help of some plugin, since I do not know coding) to remove the script that makes AMP of the AMP-ed pages (I don't know what I'm saying already) and then Noindex it, otherwise search engines would see duplicates of all my posts and penalize me. I tried it, couldn't do it, it was too techy for me!

In the end I chose to do a 301 redirect of all the AMP pages back to their non-AMP versions, then I can deactivate the AMP plugin. This was at 2 a.m. this morning.

That's not the end of the story. Google will take time to recognise the redirects, days if I'm lucky, if not then weeks or even months.

So I'm not sure when I will be getting the traffic back, because when I check using my mobile device, I still see my posts as AMP-ed. I'm not even sure how I lost that traffic anymore, after everything.

In the thick of these events, I kept thinking maybe I should have just left things alone right from the beginning.

Well, it doesn't matter now. The frenzy is over, today's traffic still stands at 100+, I can only keep my fingers crossed that it doesn't drop any further in the coming days.

I won't let this get me down. Will keep my focus and keep on writing, the only way I can go is onwards and upwards!

Have a great day, everyone!

Write something…
Recent messages
FKelso Premium Plus
It is sometimes amazing the path we follow just to solve a problem or overcome an obstacle. At least we learn from all of that, though it might be the lesson we want just then. Hope it all gets straightened out for you.

Thank you for your encouragement. The silver lining that came out of this is that I channeled all that angst into focused writing, and I just worked my butt off yesterday.

Broke my own record and published 3 posts on my site. That felt good!!

Thanks so much for sharing your story about the AMP plug-in. Those who read your post will be sure to avoid it!

And, you are absolutely right not to allow this to get you down. You did what you thought was best for your business. It is important to note that every business owner goes through things like this. It feels dramatic and terrible when you're going through it, but it is part of growth and discovery, which is necessary in any business.

So even thought it feels terrible, just remember: this will pass, and because you are taking actions to fix the situation, you have every reason to believe that your rankings will rise again.

That you did your own research into the issues is also very admirable. You are very proactive and taking the corrective actions you need to fix your website. Those are wonderful qualities for any business owner to have, and they will serve you well in the long run!

Best wishes to you for a better month ahead, and thanks again for sharing your story.

Thank you for such encouraging words, I really appreciate it. You've touched my heart. 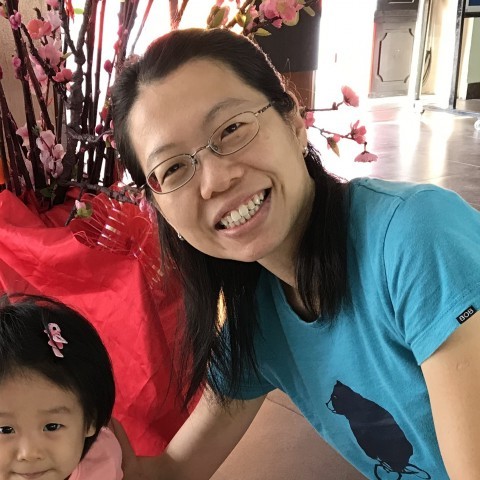