Restriction for Using Names of Celebrity or Well known Personality

While reading a local newspaper, one headline caught my interest it goes like this " Some Business Enterprise in Japan were Sued for using Michael Jackson's name in there business. The business name was like Michael Jackson World and Michael jackson Enterprise.

I have a litlle knowledge on "Patent" things during college but I never realized that names were included. All I know is you can apply patent for your brand, design,formula and others but name I'm not sure.

Well the concerned group say that they file the case not to take some money but to stop the company's way of promoting through MJ's name permanently. And this is to protect their legit partners.

Well, it was just my opinion that the concerned group was not actually stopping the used of MJ's name but wanted to make it clear and legal, for short "apply for partnership".

Business is Business!!!. How Lucky they are. MJ's legacy will leave forever and profit forever.

I love MJ too, my son dance with MJ at his tab.

But if I name my daughter in the future after a well known personality and used that as my business name will I be violating something?

Write something…
Recent messages
Digital Ink Premium
MJ's name is not patented. It is a registered trademark. But much like a patent. Just like Autozone, Walmart and so many others. They own the name and the right to use it or have it used only as they see fit.

Reply Like Like You like this
Kav Premium
Calling your child after a celebrity is different from using the name for profit. I have read of people who have named their children after celebs and it continues. I've not heard of court case regarding that.

Reply Like Like You like this
steve23 Premium
Thats a really good point. You would think that if your name is Michael Jackson (and lets face it, there are many such persons in the world) then you cant be stopped from using your own name, but if that was true, what would stop me calling one of my children 'coca-cola' or some such - i suppose there has to be some sort of protection to brand names, even if they are just famous people. 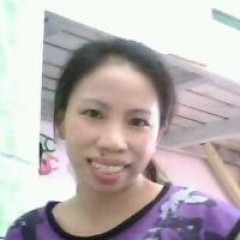