I first came upon Fred when as a new crew member was sent below to assist with general duties in the small engine room. Here was this Norwegian sailor almost invisible in smog emanating from his ever present trusty pipe.He was splicing a metal hawser for an anchor attachment,he nodded to me and pointed to a pile of rope that needed to be coiled.My first job at sea.

We were aboard a 40ft carvel constructed twin mast Ketch,purchased by a prosperous realtor for weekend sailings on Port Phillip Bay.Fred was appointed sailing master having spent many years Before the Mast in Sailing ships on the world stage.Over the ensuing couple of years He imparted knowledge that allowed me to master most off the crew duties(crew of 6)including the aroma from the ever present pipe.There were many idyllic days cruising this large body of water with occasional forays into Bass Strait an area subject to wind blasts from the Antarctic.

Returning from a straits trip a southerly buster blew in causing us to reef sails don wet weather gear and batten down for a wild trip home About an hour later with visibility closing in we saw something on the horizon. As we closed it turned out to be an overturned sailing dinghy with a girl and 2 guys clinging to the bottom waving wildly.

Fred sprang into action took over the wheel ordered us to our stations and tried to position us on their lee side, so as not to be blown on top of them.Not an easy exercise in this weather.On the second pass we pulled them aboard with the aid of ropes and shouts.Only light clothing and no safety gear how risky.they had been in the water about an hour and were suffering mild hypothermia. As our clothing under oilskins was warm and dry the order was off with your woolens and share.

On the 2 hour trip back to the marina we did not encounter another vessel (yes we did leave the dinghy behind) Back at the Marina great excitement making arrangements for meeting next saturday to have our clothing and taxi fare returned and a get together at the Sailing Club. WELL No Appearance never heard from them again ( some funny people about )

I later learnt from the owner that Fred had organized my joining the crew.They were one person down when he said every time we come around the breakwater that kid is there watching the bigger boats go and ask him. You now know the result.

Write something…
Recent messages
RobertNYC Premium
Hi Frank,
Wow, what a great read. That was a treat. Thanks. I absolutely love anything having to do with the sea but this was truly exceptional. It drew me in to the story and gives me a real sense of who Fred is. Great work. 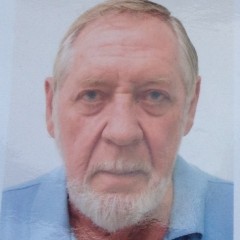