Time is a complex concept. Some say it exists, some that is an illusion. I won’t discuss it right now. Yet, I am aware that time leads to change. Not many years ago, the purists would immediately reject the notion of “Electronic Fado”. Presently, it’s widely accepted, and it’s faced as a tribute to one of the most important treasures in Portuguese Music. I will be back to Fado, in the future.

Who is Mariza Liz?

Rarely do I write about Portuguese voices. Not because I don’t like them. But, mainly because it appears readers usually don’t care about them. Once again, I am not going with the flow, and I am talking a bit about Mariza Liz. Even Portuguese people don’t recognize her by the name. Yet, if we talk about Amor Electro, people start to think about a wonderful, powerful voice, and a beautiful lady.

Mariza Liz (In fact, Mariza Pinto) burst to fame with the band Amor Electro and the single “A Máquina”, back in the year 2011.Portugal became enchanted by her, the music, and her image. But, above all, her voice. She sings with soul, as if she was singing Fado, yet, it isn’t Fado. In my humble opinion, it was this eclectic mixture that worked so well. Among with the fabulous voice and music. They had another smash hit with “Rosa Sangue” that was the main title of the original soundtrack of a Portuguese soap opera.

Amor Electro had just published their second Cd, “Revolução” (Revolution), being the front single the song “A Nossa Casa” (Our Home).It really is an amazing song, which makes us love Mariza more. After all, Portuguese women don’t have mustaches, they can be glamorous too. And the lyrics of the song encourage us to face life in a positive way, trying to avoid our fears, trying to respect ourselves. Living in the present (Social and economic crisis) while respecting the past (Portuguese people were heroes).

Let’s go back 10 years. Mariza Liz began singing then, as the front woman of the band Donna Maria. They published two albums. “Tudo É Para Sempre” (2004, “Everything is forever”, maybe a provocative reference to time) and “Música Para Ser Humano” (2007, “Music for Human Being”). In the first album, you can hear the hit “Quase Perfeito”, and also a tribute to the great António Variações (“Estou Além”) and to the great Amália Rodrigues (“Foi Deus”), the mother of fado. The CD was a moderate success.

The second album, achieved less impact. Yet, you can hear the amazing “Há Amores Assim”. And… you can feel that something great is coming.

As you can see in the pictures, I have the four CDs. Thanks so much to Mariza, for making me supporting Portuguese music. Thanks so much for being so talented. And, I just discovered this…Do you know that Mariza`s career started in the children group Onda Choc?!

Write something…
Recent messages
David Cocas Premium
Sorry about the MU..before text..damn...Another thing....post looks much better with the pics i took, and the videos i inserted in the site post... 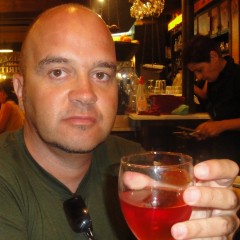