Disappointed in the feedback scheme!? am I alone?

So last night I sat down and put 2/3 hours in giving site feedback. I took the time with each one to highlight and give any constructive feedback that I could.. (both positive or negative) I am still in the early stages myself of learning and development but I tried to be positive and professional.

In return you receive points in order to get feedback on your own site.. which is great if everyone is on the same page and not just writing anything to get points for their own. At least half of the sites I reviewed were not something I would usually look at but I all the same I got into it as if it were.

This morning I received 5 feedback comments and I am gutted to find only 1 and 1/2 of those were useful. The time I spent does not reflect what I received in return. 1 was extremely helpful and the rest had poor grammar or comments that are irrelevant and I could not understand some due to English barriers. Some feedback was not correct and showed me that they did not really even take time to look.. just point chasers!

Feeling extremely disappointed.. my time was not lost helping others. But it feels a little one sided after the time I spent.. what to do? I guess do it all again to earn enough points for more feedback?? Anyone else have this problem???

Write something…
Recent messages
MsDebbie Premium
I do understand. I now just try to do 2 or 3 at a time.

Reply Like Like You like this
JeanL Premium
I can understand where you are coming from. I would hope that the people in the community would care enough to give constructive and thoughtful feedback. 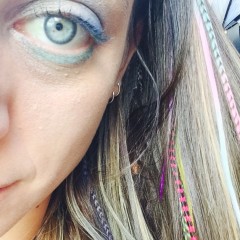