Hi everyone, I am Colin and have seen WA add so many tremendous improvements to their site over the past couple of years. It is my belief that everyone will be building websites in the future and we are way ahead of the crowd here at WA.

Everyone building websites is not as easy as it sounds. In my location we have had two businesses who set up building cheap websites, now out of business. One of those was set up by a gent just left Uni and started building sites. Unfortunately, due to the lack of security one of those sites was hit by a virus. The owners of the server where he was renting space immediately took down ALL of his websites. Leaving all his clients without their websites.

The other business was set up in a high street shop advertising free websites (with loads of charges for the necessary extras). They did not last long and when I heard from them they were trying to give away about 100 sites each with hosting income of about £100 a year. Other firms of website developers were not interested, they just did not want the hassle.

You see how important the tuition combined with the "full package" is here at WA. I am now starting my third site, having learned so much in the previous builds. Some of the contacts I made in researching my previous site will be useful in the new project which is going to concentrate on all matters of small business administration and in particular the creation of small business websites by the owners themselves.

I have been here more than three years now and am more excited about the future than ever. Recently I read about a gent who bought a puppy and this prompted him to start a website about dogs (breeds, food, kennels etc.). He had lots of affiliate products on the site and after 22 months of development his site has been valued at $260,000! If he hadn't known how to create a web site he would not have created this wealth. At WA we are prepared for the future and everyone can be a success, we are with THE BEST!

Write something…
Recent messages
Allwhys72 Premium
Wow great information here ...the guy with the dog website, very inspiring indeed! Just shows what can be done when you put your mind to it and have the right training and support!

Reply Like Like You like this
Braintree Premium Plus
@Allwhys72
I have since learned the dog website was sold to a private equity firm and they are in line to reach $125,000 a year. The site is herepup,com.

Reply Like Like You like this
ContentBySue Premium
Hi Colin, it's definitely scary and risky outside of WA. Happy to be here within the security of Kyle, Carson, Jay and all the wonderful members.

I wish you huge success with your sites!
Sue 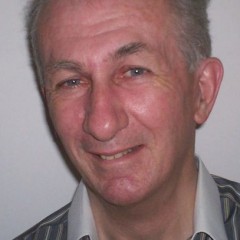