Time for reassessment and start anew

I was chosen to participate in Super Affiliate Challenge and even if I am not expecting it, I was very happy that out of those who applied I was one of those lucky ones who were given the chance to know and learn more about affiliate marketing or about having an online business and eventually be successful in it.

The challenge started last month, February. I was thrilled, excited to begin just like everybody else who was chosen. We were given lessons to follow and from those lessons I was able to do just a bit. Can you believe that? (asking myself)

Some of these prompts were writing a blog which I did (was able to write 2) and go in the live chat which I did as well for a few days, creating a logo which I had difficulty and more which I did nothing at all. Well, one thing I was a bit proud of was I was able to build another website in dutch.

But how can I let time pass me by each day without any important accomplishment?

Well, I have a really good excuse or excuses why I did what I did just to ...you know.. justify my actions and to feel a little better. :D Humans tend to do that anyway so allow me to explain.

As I have mentioned in my bio or in one of my blogs, I started a local business here. And as everybody knows starting a business entails a lot of hard work and money (capital).

It was a mutual decision between my husband and I to reopen my small company Feel N Heal Massage here in Bruges' which I started in the Netherlands and was a success.

This is my passion and I love helping people with the benefits of massage therapy and other natural alternatives to achieving better health so the thought of continuing with what I started made me so happy.

I signed the contract in January, got busy completing the necessary things I need to beautify the clinic/salon and because I had to start from scratch again, naturally it was hard to get clients.

We spent so much already, we were basically just paying the rent without any ROI. It was good I still had my part time job so what I earn from there (and some coming from our own pocket) just went to what has to be paid and bought to advertise and market my services. I did a promotion as well but it was a struggle.

And this situation bothered me and occupied my mind most of the time. I thought it was paralyzing me. I was very concerned about the money we were spending to get all done but nothing yet came back. My thoughts were "we should have just spent it with other things or pay other bills". It was hard.

I thought of quitting. I asked my husband "Did we make the right decision?" I was giving up. But he stand by what he believes in. He was very positive that it will work. He was giving me encouragement everytime I was on the verge of stopping.

Every now and then we argued but he was firm in his belief that eventually it will be fine.

I got my first client in February. She was satisfied with my services. She told her friends and immediately I had the next clients, a couple, then another one and then another appointment and another and this month I was able to earn more than what has to be paid for the rent.

And that was 8 clients in total in 8 different days spending only about 2 to 3 hours including the preparation and the massage itself.

Which prompted me to ask this question "Where did I spend the remaining days and hours from the days that I don't have to work in my business?

It was lost. Nada. Too bad.

February has ended and March is at its end and I haven't accomplished much in terms of my WA training and the SA challenge.

It's time for REASSESSMENT and KNOW what it is that I really WANT TO ACCOMPLISH and LEARN as much as I can from what is offered in this amazing platform.

Today I begin again and I will spend at least an hour or 2 a day in the WA world.

I just did... writing this blog. :D actually spent about 2.5 hours, LOL

And I realized one thing... I missed writing.

I wish you all a wonderful day and a great weekend.

April is my birthmonth and I will start all over again. A new month, new beginning, new focus, new mindset, new intentions equals new and better results.

Let's hope for that.

Write something…
Recent messages
DebbieRose Premium
Reading your post between the lines...it all about time management and commitment. There are so many hours in the day and we need to plan how to spend them. Often, at the end of my day I wonder where the time went....poor planning on my part. Congratulations on your successes and refocus.
Debbie

Reply Like Like You like this
amexrn Premium
@DebbieRose
Hi Debbie, thanks a lot. Yes, I know, sometimes I do manage my time very well but there were times I am all over and seems at a lost. But I am starting anew and let's hope that I will be able to accomplish my backlogs.

Reply Like Like You like this
pitofly Premium
Welcome back! Congrats on the clients. More will come. Looking forward to your posts. Good luck on the training and implementing what you learn on your website. Best wishes!

For your business, do you offer/upsale any continuity services? Such as for x per month, you can come in for 3 times during the month, etc?

Yes I do say to my client that they should come at least 2x a month or once a month to get a regular treatment. I explain that having a regular massage is really beneficial.

I have a special promotion until the 31st of this month and I told some of them to take advantage of it since they can get 2 treatments for half the price and I was able to sell 10 gc's to 2 clients and that means they would be able to really see and feel the benefits of having a regular massage.

I still have to implement more programs incorporating some of the products of Forever Living.

Have a nice day and kind regards,
Arline :) 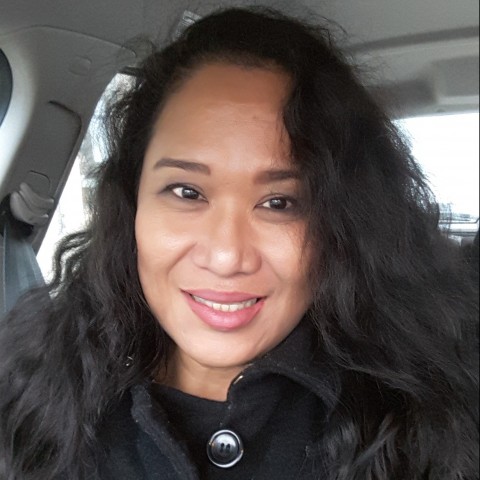