About Xploringsuccess
Joined April 2010 Premium Rank 408158
Follow Me
I come seeking fortune and comradeship. I am ready to make some real money and I am confident that I will learn how here at WAU.
Xploringsuccess's Accomplishments

Write something…
Recent messages
JMcGee Premium
Welcome to WA!! PM me if you need anything..James

Reply Like Like You like this
IsaacB Premium
Leaving Wealthy Affiliate
Apr 21, 2010 5:46 pm
Donate Gold You have 10 to give
Link: https://my.wealthyaffiliate.com/wa_spaces_profile/index/pid/30702/tab/blog/blog_id/7962
April 29th will be my last day on Wealthy Affiliate.

After some careful consideration and review of the materials available to members, I have concluded the following:

1) The tools, such as keyword research, niche q, rapid writer, and the hosting, are not worth the monthly membership. Similar tools are available for free elsewhere.

2) The mentoring that was promised by Kyle and Carson, as well as my sponsor, Jay, is nowhere to be found. I even got something of a teaser message, stating I would receive a private message with some guidance. That never happened, even when I followed up with Jay.

3) The 12 week action plan, to the point at which I have arrived (week 5) is inconsequential in its informational presentation. I found the material to be elementary. I've taken action - I just haven't seen anything here that I haven't seen for free elsewhere.

4) The web site is orchestrated in somewhat of a Ponzi scheme, with everyone perpetually touting the virtues of Wealthy Affiliate. Teaching other people how to make money online is surely a righteous endeavor, but it seems that many of the so called gurus seem to do mostly that, and not much in the way of promoting services of actual, tangible value. I have ethical qualms with that.

5) Websites such as scam.com and IMReportCard.com don't particularly favor Wealthy Affiliate. Some have offered empirical anecdotal evidence as to precisely why Wealthy Affiliate is of little value outside of one (or a few) month's worth of membership (the forum is often touted as the saving grace of the community).

6) I have not been active in the forum, however, I often see only one or two replies to a thread. This pales in comparison to many free forums.

7) I bought a product, marketed by Valeri Tkatchenko, which I found to be a solid product. However, he mentioned in his sales page that he could be contacted for support. Not only did I contact him with some very solid recommendations to improve his product, but asked some serious questions. These messages were sent multiple times, to multiple addresses, and were ignored.

8) Nihilism seems to be the run-of-the-mill around here, but the "front" to market products seems to be one of philanthropy. While I can certainly appreciate this approach from a business (profit) perspective, it is an undeniably ugly way to conduct business. Further, it is my contention that such methods will eventually result in the undoing of whatever business chooses to engage in such practices. For historical evidence, you may refer to Fannie Mae, Freddie Mac, Goldman Sachs, General Motors, Enron, and a host of others.

9) I have often seen people say that there is just *too much* information on Wealthy Affiliate, and that's where people get lost. People get lost because the organizational structure is poor and not useful in the first place -- not because the information is of so much value that our pea-sized brains cannot process the great wealth of knowledge contained in this community. This denigration of the intellectual capacity of the members of Wealthy Affiliate is counterproductive to the aims of the community.

10) It is obvious that about 10% of those who join Wealthy Affiliate are willing to employ grey-hat or black-hat marketing techniques to get a leg up on the competition, where about 80% are not willing to take that mental leap -- and thus, don't get anything from methods that teach to this end, and the final 10% simply don't know which way is up or down.

I am in the 80%. I am not willing to snipe reviews from other products, to use other people's content and pawn it off as my own, to steal graphics without giving due credit, or any of the other stuff that is very clearly used by some of those who are on the "top" in Wealthy Affiliate.

I am not willing to compromise my ethical standards of conduct with regard to my interaction with other people, to get a leg up. There are numerous ethical marketing practices that I have become acquainted with as of late. While the road may be a bit longer to achieve success, I will be able to sleep at night.

I know that any money I make is made for providing a real value to my customers, without misrepresenting any part of my product in the sales letter, using false testimonials, or whatever else.
Here are a few of the resources I have found to be of extremely high value:
A Successful Web Business Explained....Step-by-Step! FREE VIDEO COURSE! (Chris Farrell)
My Blogging Blueprint
Internet Marketing Report Card
In closing, I'd like to thank everyone here for their cordial welcomes. Many of you are wonderful people. The business practices employed by Wealthy Affiliate are questionable to say the least. I have no doubt the processes defined on this site will "work" - they just aren't methods that I myself feel comfortable with.
All the best,
John
john.beard@gmail.com

I endorse this letter, I am also leaving, IsaacB formally known as ScamBuster

Feel free to contact me if you need help. Good luck ! :) 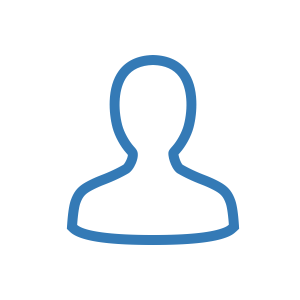