The 'NoFollow' command was originally designed by Google as a means of preventing spammers from acquiring mass amounts of backlinks to their websites. Since backlinks can influence Page Rank, which subsequently influences organic search results, Google decided to make it so that a backlink containing the 'NoFollow' attribute would not help increase the target site's Page Rank, supposedly to prevent spamming.

A link containing the NoFollow attribute looks like the following -

For this reason, many people consider NoFollow backlinks to be useless, and not worth their time. The thing is, is that such people are forgetting about one important thing -

There are many debates and arguments surrounding what a NoFollow link is and what it isn't, and I wouldn't dare attempt to say exactly what a NoFollow link does, as I don't believe anyone other than Google knows the answer to that - what I will say however is that Yahoo will index sites with the NoFollow link, and possibly uses anchor text within NoFollow links in order to help determine the Keyword Authority of a website, although this point is open to a lot of debate between Internet Marketers.

There have been experiments where people even claim to have increased their rankings on Google itself using nofollow links. The problem with such experiments is that it's hard to tell whether the ranking resulted from keyword optimisation, or from NoFollow backlinks. I myself am skeptical about such things, and tend not to believe that NoFollow links have much weight in Google. I do however believe they have weight in Yahoo.

An interesting experiment using NoFollow links was conducted on this blog - http://www.michellemacphearson.com/do-nofollow-links-count-redux/ which makes interesting reading. Likewise http://www.macalua.com/2006/11/03/nofollow-yahoo-still-doesnt-follow/ paints an interesting picture about the way the different search engines view the NoFollow command (note: I am not affiliated with the above two blogs in any way, and make no guarantee as to their accuracy, they should be viewed critically).

I find it is often easier to determine your backlinks through Yahoo than it is through Google, as Yahoo seems to update their backlink display more frequently. A good search engine command you can use to view most of your backlinks in Yahoo is the 'Linkdomain' command.

Simply navigate to Yahoo.com and type in "linkdomain:http:yoursite.com" (omit the apostrophes and replace yoursite.com with your domain). You will notice this displays a list of backlinks to your site, including those from websites with the NoFollow command.

Proving NoFollow is indexed by Yahoo

Someone commented on my previous tutorial that they'd like to see an example of a website that I obtained backlinks to through the use of article submissions. I thought that I'd use a fresh site of mine and submit it once to ArticleMarketer.com, and once to a number of Social Bookmarking sites to show you exactly what you can expect from a single round of submissions. As a result of these submissions, I obtained approximately 190 external backlinks. The website I used is http://hypnosiscentral.net. Keep in mind I haven't keyword optimised the content of this website as of yet, I rather set it up as a backlinking experiment.

Now the thing to understand with backlinks, is that Google can take quite a while before they update the visible list of backlinks for a website (using the link: command). Furthermore, it can take many months for Google to update the Page Rank of websites. The way I check my backlinks is through the Google Webmaster tool, which is a must for any Internet Marketer who wants to track the SEO performance of their websites.

To see some of the backlinks linking to my domain, try the following command in Yahoo Search - 'linkdomain:http://hypnosiscentral.net".

You will notice backlinks in those results coming from Propeller, Squidoo and a number of other sites that have the 'NoFollow' attribute in their links. The reason for this is because Yahoo, once again, will follow NoFollow links.

The Importance of NoFollow

I hope I've convinced you that NoFollow links do carry some weight. There's a lot of discussion and debate between internet marketers as to exactly what NoFollows links do, however one thing is for certain - NoFollow links certainly aren't worthless.

I believe it's important you understand this point before we move on to Social Bookmarking submission, as the natural tendency is to ignore Social Bookmarking sites which only provide NoFollow backlinks. Since Yahoo does value NoFollow links, you should adopt the mentality of "NoFollow isn't worthless". Whilst Google is the biggest player when it comes to search engines, one can't dismiss Yahoo which comes in at a close second.

Like This 215
Previous Page Next Page
Join the Discussion

I have a question about tags while submitting to social sites. I checked your site and analyze it using linkdiagnosis.com and found that you have one PR-2 backlink from social site. My question is do you give tags after checking the PR of their pages or do you just simply give tags with relevant keywords. Can you share tips on getting your book mark on high PR tag page? Like the one you got from searchles.com.

I can't wait to start testing!

I can't wait to start testing! 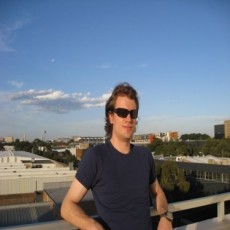