Do You Need to Have a High IQ to Be Successful

You have probably heard the term “IQ” many times, and you probably know it has something to do with measuring intelligence.

The letters “IQ” stand for “intelligence quotient”, and an IQ test is widely used as a way to measure intelligence.

The test most frequently used today to measure intelligence is called the Stanford-Binet Intelligence Test. The earliest version of it was developed in France in 1905.

The original test has been revised several times over the years, with a major revision completed at Stanford University in 1960. The Stanford-Binet test is not the only intelligence test, but it is probably the best known.

IQ tests are often used by educational institutions to segregate students into categories such as “normal”, “gifted”, and “challenged”.

Children and young people are scored relative to each other on a variety of factors, including verbal and logical understanding, vocabulary, arithmetic and spatial orientation.

Although the IQ test is very widely used, and the results are almost synonymous with our idea of intelligence, there has also been a lot of criticism of the test, and of the way the results are used.

A Canadian television program recently tracked down some of the people with the highest IQ scores in North America.

One man who has an extremely high genius IQ works as a motorcycle mechanic, hangs out with biker gangs, and is frequently in and out of jail.

Another man interviewed on the program has the highest IQ recorded in North America. He has worked as a bouncer in a bar for ten years, earns minimum wage, and lives in a tiny garage. Clearly, a high IQ is not enough to guarantee success in life.

What IQ tests measure is a certain type of potential. That potential still needs to be developed and nurtured by the person who has it. That person may not have the inclination or desire to do so.

Not everyone who has a potential talent also possesses the desire to do something with it. One person may have a wonderful God-given singing voice, but may have no interest in music, and no desire to perform.

Another person may have the perfect physique to be a high jumper, but may hate sports. You can probably think of other examples. Having potential is just a beginning.

The IQ tests we have now may predict which people have a certain type of intellectual potential, but they don’t necessarily predict who will become a good teacher, a good manager, a good president, or a good parent.

Some critics say that the only thing IQ tests can really predict is who will do well on IQ tests.

Qualities such as determination and vision can be more important to your ultimate success in life than the IQ number you started out with. Being creative, optimistic, and flexible are important hallmarks of many successful people.

Common sense, the ability to get along with other people, and knowing a good idea when you see one, may be more useful qualities than having a genius IQ.

Now, Do You Need to Have a High IQ to Be Successful?

The answer is definitely NO. So! why are you and me not successful then?

I am leaving this question to you and I to answer, I wonder what excuse are we going to come up with.

Write something…
Recent messages
NemiraB Premium
You do not need to have a high IQ. Forrest Gump proves it:)

Reply Like Like You like this
AZechinato Premium
Many times I wonder if being ignorant IS really blissful. Intelligence in my opinion has it's drawbacks for sure. The more intelligent a person, the more you question and the more you question the more you remain stunted due to inaction. Therefore you miss opportunities and possibly success. That becames quite the quagmire. Speaking for myself of course. Excellent post!

Reply Like Like You like this
stopscamming Premium
@AZechinato
Oh my goodness, here we are. Coming from from you speaking from personal experience has more authority.

Thank you very much for your honest comment, we have learned a lot from it. Have a blessed day.

Reply Like Like You like this
kevinmj Premium Plus
Great post! I believe a lot has to do with what is defined as success. Who determines success anyway? Is it ourselves, parents, siblings, peers, society, teachers etc. Maybe the bouncer with the high IQ who works in a bar for ten years, earns minimum wage, and lives in a tiny garage is happy with his lot. Maybe that is success for him. Who knows?

Reply Like Like You like this
stopscamming Premium
@kevinmj
Waawu! you got me there bro., I did not think about success in that way. So let me agree to disagree on this one Kevin. 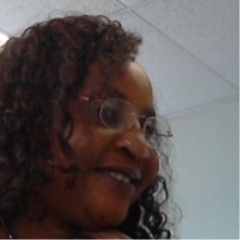