Taking a Forced Holiday with other Patient Patients.

I Will be Having an Enforced Holiday.

Last week I checked up on a growth on my chest. No, not my head, the other one.

Unfortunately, I got some bad news as I was told it was metastasized skin cancer, and I was preparing to have radiotherapy done and continue working at the same time.

However, today I went and got a second opinion at a hospital specializing in cancer. It is a well-recognized hospital in Vietnam, with people coming from other Asian countries and even New Zealand to get in.

There are some things that are not the same when talking about Vietnam hospitals and "foreign" hospitals.

I remember one of the first hospitals I went to in Vietnam ( I've been to a few ) and saw a man walking through the wards with a finger in his hand begging for money so he could afford a doctor.

Also, if you don't have money, it is common to see people laying on the floor or on the steps between floors. The doctors are great but the amenities are not the same unless you have money.

The doctors are very good here. They have already saved me from bowel cancer and now it's time for them to do it with the skin cancer.

Yes, I could have gone to an International hospital but, after looking at the qualifications of the doctors, these doctors are considerably better.

Did I tell you I research everything, whether it is a product review or a new laptop or the hospital I go to. That is the commitment I bring to my readers and the people who depend on me.

My prognosis now looks pretty promising. After my second opinion, the doctors informed me they want to cut out the cancer and they believe that this should be enough to keep the "machine" ticking over for at least several more years.

So, I have had X-rays and blood tests, and one test which didn't do a lot but increased the pay packet of the "hospital staff" quite nicely. Hoho. I could write a book and might just do it.

So, if you don't see me around or I don't answer your questions, forgive me but I will be crossing swords with my arch-nemesis Mr. C.

I have seen posted on walls, I can not vlog. We shall see. I am taking my trusty Go-Pro Hero, which is very small, and an old iPhone. Along with this, I'm taking a notebook and manually writing my posts. ( Laptops and hospitals in Vietnam don't work)

If I get a chance I will update everyone as to what is happening. But I will be in the hospital tomorrow at 7.30am with my test tube of my "bodily fluids" Ewww.

And possibly straight into surgery. Onwards and upwards, take care.

Write something…
Recent messages
JKulk1 Premium
I hope all goes well for you Stephen. I've had two cancer scares so far and have to go and get three more lumps checked. I wish I was in Vietnam with you, doctors here are pretty ordinary. My wife was told that she suffered from profound deafness, fortunately the hearing aid people insisted that our doctor send her to a specialist. After four months of suffering, and dealing with the related anxiety, the surgeon sucked the 'muck' out of her ear and she was fine. This was something the doctor should have been able to handle himself. All the best. Jim

Reply Like Like You like this
Zoopie Premium
@JKulk1
Doctors are good here, but the hospitals less so. Patients who can’t afford a bed sleep in the stairwell.lol.
Stephen

You have fought the good fight before and this one will be the same. I have taken some inspiration from his post. So already a positive for me. It does not help you much, but, a positive attitude is paramount.
You do have a positive attitude, so that is good. I am certain everyone who knows you here in WA wishes you the best. I know I do.

Reply Like Like You like this
jghwebbrand Premium
So glad you are getting good care. It is great that you have done your research and found some good doctors.

Do take care and we wish you a speedy recovery..

It was exciting to read that you write your website post reviews in the same way -a lot of research so they are worth reading. 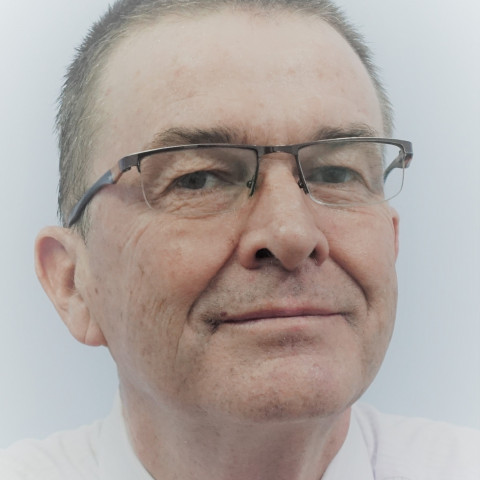