This past month has been a roller coaster of ups and downs between working on my sites and the Wealthy Affiliate platform. It seemed something was always preventing me from being consistent with my efforts here on the platform.

Now I'm not complaining in any way because I am thankful to be here and I'm thankful for life and all that it has to offer every day. I usually try to keep a good outlook on things and maintain a positive outlook in whatever I do on a daily basis, but this past month had me kicking rocks.

Every time I started to think I was doing awesome I found what I thought was all in my head.

My sites had some issues and errors that I worked hard to correct as Google wouldn't index certain pages of my sites. So I figured out what I needed to do to correct the problems and worked to fix those issues.

However, life was happening at a speed faster than I could keep up with and I had to tend to those matters and put Wealthy Affiliate on the back burner for a bit. I watched my rank go down and I would keep trying to work a little to get my rank back.

No sooner would my rank climb a little before it went back down again because of urgent matters that normally are never an issue. The first was my business, I usually have steady commercial work that I have contracted from the same place for the last five years.

This year has been slow with them, so I started to contact some other companies that I have done work for in the past. Nothing was shaking except my nerves and I was on my last one I'm pretty sure, my wife probably thinks so anyway.

My immediate future income was not looking that good, that is until I got a call from another place that is owned by the same company that I contract work from. The woman on the phone said she got my number and info from the general manager and wanted me to do some work.

Ahhh a sign of good things to come, I gave her an estimate over the phone and we talked about a meeting. The morning I was to meet her I didn't make it a mile when my work van died and I was stuck, of course I had to call her and I had hoped she believed me.

Apparently my brain wasn't the only one that had issues, my vans brain had major issues and it went to the shop to get fixed. That hurt, but I have 3 vehicles so I met her the next day in my pickup truck and yep you guessed it, on the way back my truck was running hot.

Turned out I had a cracked radiator hose that was leaking and fortunately it was something I could fix at home. When in doubt duck it and that's exactly what I did to get it home before I could order the parts to fix my pickup truck.

Things around me were piling up fast and my daily chores at home were not happening.

I live in Florida and at this time of the year we get a lot of rain which has the grass growing faster than a speeding bullet. Trying to mow the lawn in between the rain is always a crap shoot and when I went to take my shot, my lawn tractor died, needs a new starter.

If I ever had a feeling of everything I touch was turning to crap it was during the last 30 days.

I was so sick and tired of the situation, that instead of fixing my lawn tractor I went to Lowes and bought a brand new one. Then I had to wait 3 more days before I could use it to mow the yard because of rain, I have an acre and half, but alas I finally got that job done.

A few days later and my van was finally finished and I drained my wallet when I paid the bill, it wasn't cheap by any means but I had to have it back. At that point I was still waiting for the call for work to roll in and I had no idea if it was going to happen or not.

Believe me this may sound like a negative post but I assure you it is not, it's just life happening all at once. Most of my work I conduct online with contracts and invoices and during a storm here a few weeks back my router and modem got hit with a power surge.

I had them on surge suppressors but they were fried and I had to get new ones immediately.

My wife I found doubled over in excruciating pain and tears were streaming down her face, it literally broke my heart to see her in that much pain. I could give a crap about any of the other stuff that was happening, she was all I could think about.

I rushed her to the ER at the nearby hospital here and we sat worried scared of the outcome. The hospital did an ultra sound and an MRI and could not pin point the problem, they had no idea, so I took her to a better hospital to see a gastro specialist.

In less than 5 minutes she was told her gallbladder must be removed, so we are set for that to happen this coming week. They gave her shots for pain and 3 prescriptions until the surgery is to happen and all at once none of the other things mattered to me anymore.

The only thing that mattered to me in this world was my wife and how I could help her in any way possible. I wasn't really on WA for 4 days in a row and many other days were missed in between as well, but I couldn't focus if I wanted to anyway.

Life can throw you a curve every now and then but I have to admit the things you might think are important can never compare to what's really important. With that said I expect that my rank will be dropping again over the next few weeks to come.

I'm not going anywhere, I will be here for a very long time, but our health is more important to me than anything else at the moment. My stress levels have been sky-high as of lately, but things are starting to get back to normal again.

My contract went through and I now have almost double the work I had before and everything is going smoothly so far. I will still work here on WA most every day, but I can't do as many hours that I've been putting in here as my time restraints won't allow for that to happen.

We're blessed, my wife is going to be fine and I checked out a okay on my latest doctor visit.

When life throws you lemons make some lemonade!

I wish everyone good health and prosperity. 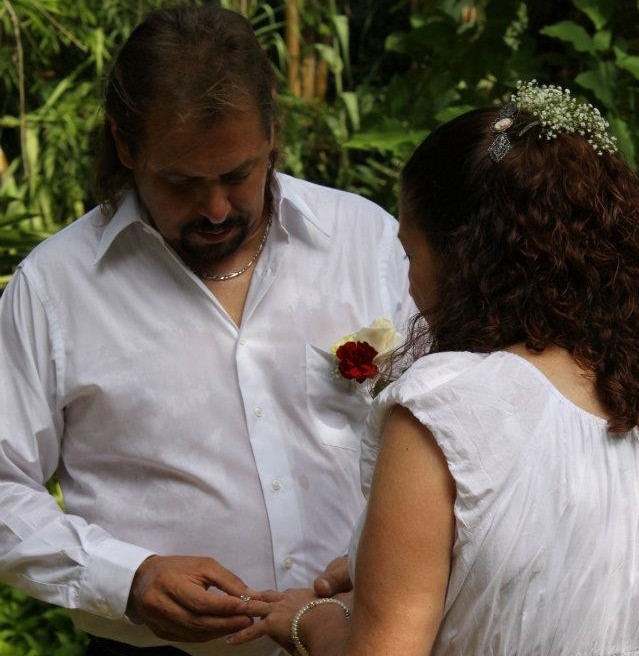 On 7/31 we celebrate our 10 year anniversary and 12 years together.

Write something…
Recent messages
firstlearn Premium
Sometimes life has different plans for us than we have for ourselves John. I am glad yours has turned out on the better side.

I wish you success with your new contract and also with life here at WA.

Reply Like Like You like this
webcash2us Premium
@firstlearn
Thanks Derek,
I agree, you never know what life has planned for us and I've been down this sort of road before, but I seem to handle things in a much more positive manner than I have in the past.

Things are going better already for me, my stress has leveled out and I can focus on creating content again without the pressure of the stress effecting my abilities.

My new contract is a done deal now and I will start that one this Monday and I'm really looking forward to the added income.

Oh yes, the roller coaster ride. Why do things happen all at once.

10 year anniversary and only five days away. Congratulations, that is beautiful.

Reply Like Like You like this
webcash2us Premium
@lesabre
Thanks Michael,
I must admit when it first started to happen I was getting ticked off but about mid way through I was laughing saying of course it broke down, why wouldn't it....lol

At least with my new router and modem I have a better set up now, I wasn't about to go without internet and not be able to work.

My wife has no idea of what I have planned for our anniversary.
She isn't much on jewelry, lucky for me, but she loves to read books and her Kindle is older so I got her a new Kindle HD.

Reply Like Like You like this
lesabre Premium
@webcash2us
Hi John , that is awesome. I am sure she will be delighted with her new Kindle HD.

Reply Like Like You like this
edhozubin Premium
Webcash2 - Your story is one that no one should have to go through. It reminds me of a book by Ernest Hemingway "To Have & Have Not" that I read as a youngster. The story is different but the parallel consequences are some what the same. I am so happy that everything has turned in the positive direction for you. Wish you the very best going forward.

Reply Like Like You like this
webcash2us Premium
@edhozubin
Thanks Edward,
Things have definitely turned around knowing everything is going to be ok. My stress has leveled out and my focus is back to where I can create content without the major stress factor involved.

Having been to the famous Hemingway house in Key West you'd think I would of read his books, but for some reason I was more enamored with his life story itself. I may try to pick up a few of his novels and check them out.

Thanks for the positive encouragement.

Reply Like Like You like this
webcash2us Premium
@Colin1979
Thank Colin,
I didn't plan a long post it just worked out that way.
Knowing everything was going to be ok was enough to calm my nerves and clear my head so I can focus on my work here.
Staying positive is all we have and I am much better at it than when I was younger. Thanks for accolades I really appreciate them.

Reply Like Like You like this
DanaT70 Premium
Glad things are ironing out for you now! These seasons we go through, make us stronger than we ever thought we could be. We grow, and learn so much more than we realize. Keep your head up, stay strong, and keep swimming!

Reply Like Like You like this
webcash2us Premium
@DanaT70
Hi Dana,
I absolutely agree with you, I find that I am way more tolerant of things in life than I ever used to be. It's much easier to now say such is life and move along.

And lessons have been learned with every crisis I have faced. I'm doing well and I will still be here working on my sites. My rank is not that important to me anymore, as it once was.

I love the image with Galileo's philosophy.

Thanks for the kind words of encouragement.