Hey everyone, I hope you are having a doggone great day today!

Fun fact, according to Merriam-Webster Dictionary the meaning of Doggone is Damn.

This brings me to my next point of why I wrote this blog about teaching an old dog new tricks.

That's what I felt like when I started with Wealthy Affiliate, and I'm still here learning new tricks.

So that brings me to my dog, Jack, he is an old dog learning new tricks, just like me...lol

He is also not the tiny puppy he once was and weighs around 120 pounds give or take a few.

That being the case there has always been some things you just can't do with the beast. 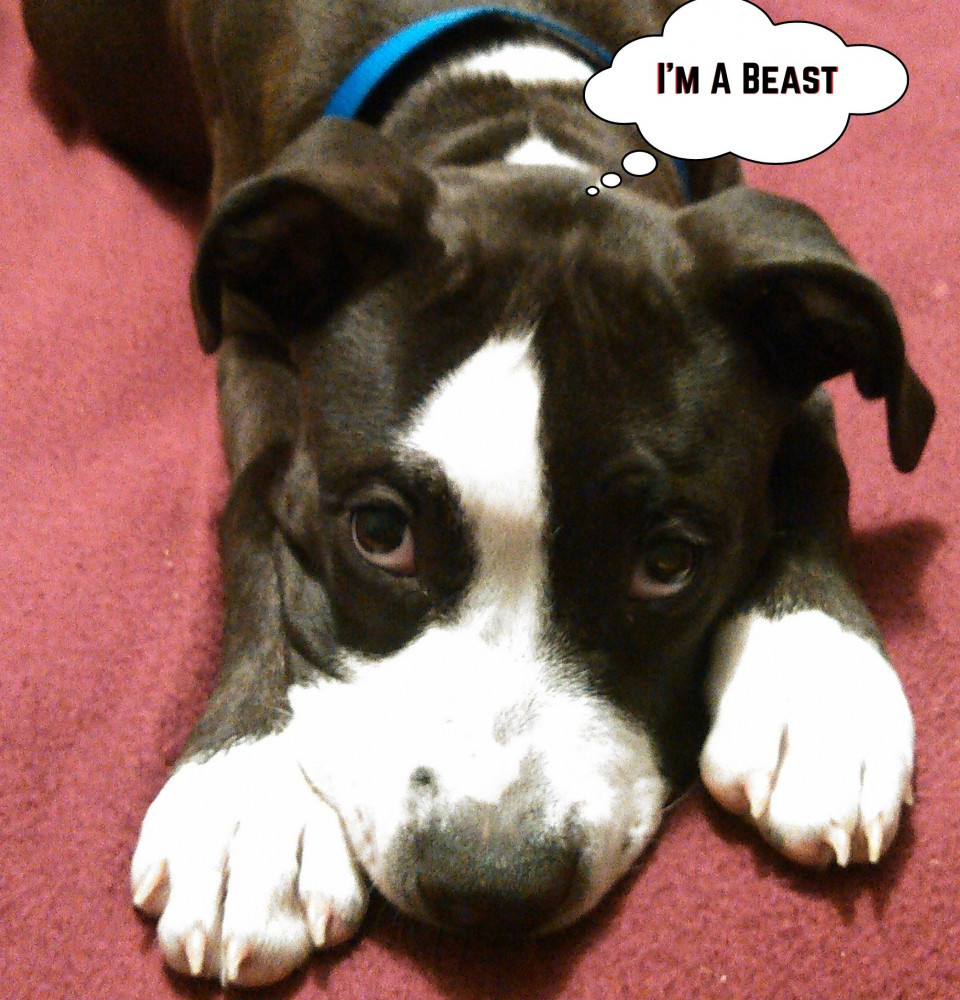 For instance, pick him up in the air with ease for whatever reason or task needing attention.

This made things like a bath indoors almost impossible and I wish I had the struggle on video.

The struggle was real, there was no way Jack was getting in that tub on his own accord.

Heck, he would run down the hall when I'd cut the tub water on for his bath time. 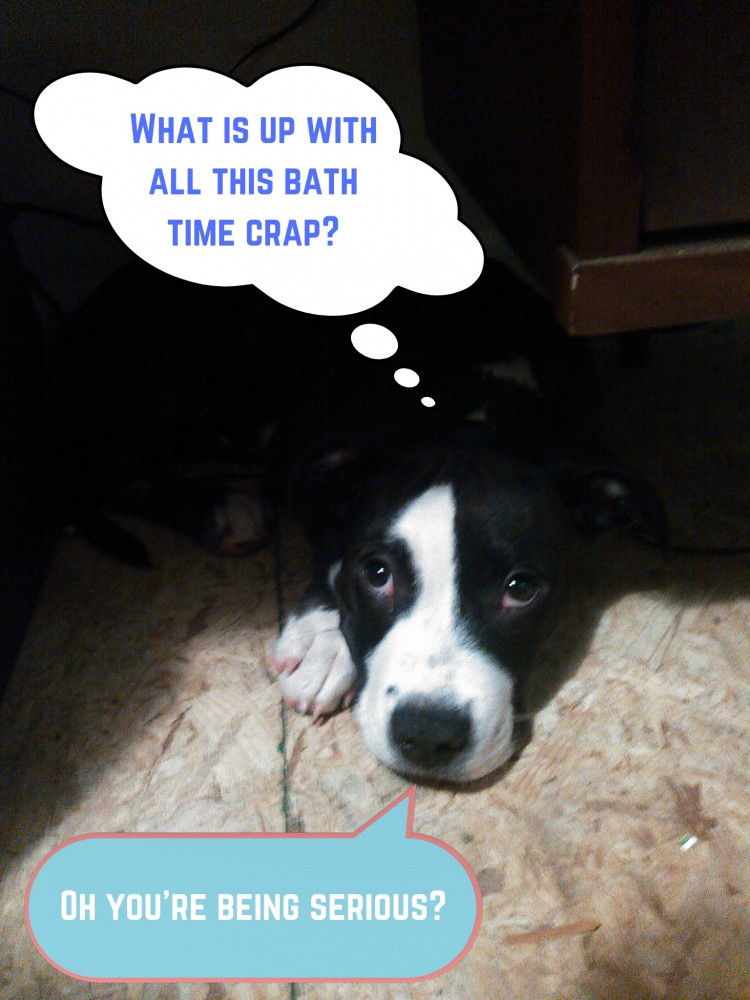 He was adamant about not getting a bath and it's not always convenient to do outdoors.

I decided to teach old Jack a few new tricks and he aced the test like a champion.

About 3 months ago I began training Jack to not only take a bath but to get in the tub on his own.

What began as a huge struggle for the both of us changed with a breakthrough 3 weeks ago.

In the beginning, I was using a body harness and a leash each time bringing him near the tub.

After I knew he was comfortable I ramped things up and worked on climbing into the tub. 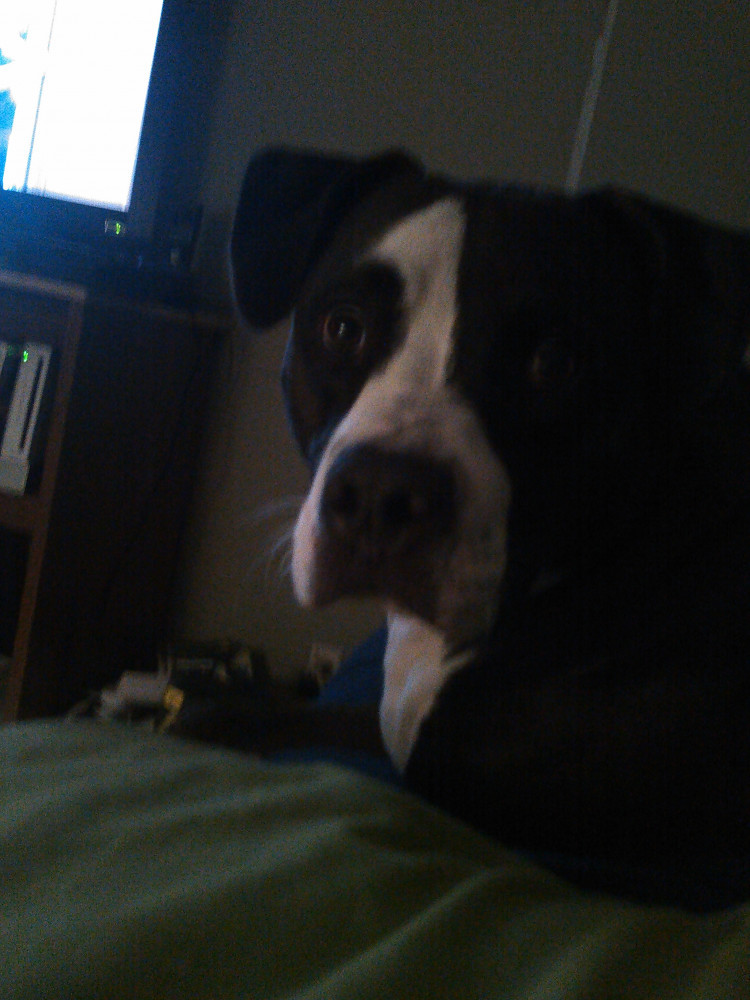 Unbelievably, he got the idea quick and he had one paw in the tub and 3 were out of the tub.

This was tremendous progress and I never let up letting him know how good he was doing.

During the next week, I practiced with and without the harness, soon the harness was no longer needed.

Soon it was all 4 paws in the tub, and he just stood there waiting for it to all be over with.

Jack would willingly participate in the tub exercise activity without a shred of resistance. 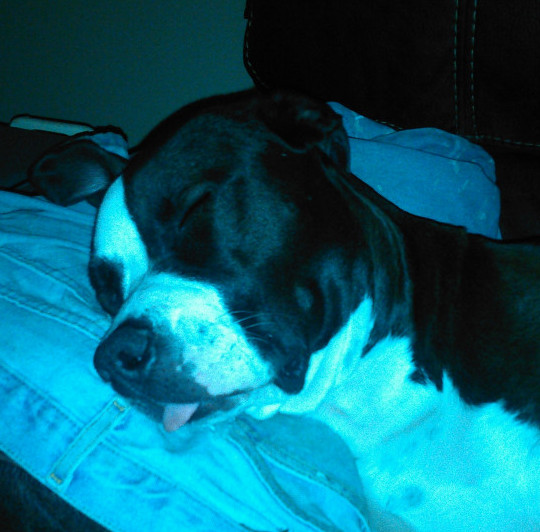 Then another unbelievable thing happened, I didn't even have to ask him to take the bath.

I got everything ready for his bath and called him from the bathroom and waited for him.

Soon I heard his nails on the flooring as he found his way down the hallway to the bathroom.

He never stopped, he walked through the bathroom door and stepped right into the tub.

I couldn't believe it, 3 months before I was trying to lift a squiggling huge dog into a tub.

Now, he does it on his own, they say practice makes perfect and I certainly have to agree.

Back in the day, I had a friend I worked with training dogs, he was a K9 police dog trainer.

We did everything from aggression training to basic problem solving with his client's dogs.

It was there I picked up some tips from my friend Ron and the pay wasn't too bad either.

My dog at the time was named Bud and he was extremely smart and very well trained.

As you can see in the image, Bud was a pretty big dog and up until now the best ever. 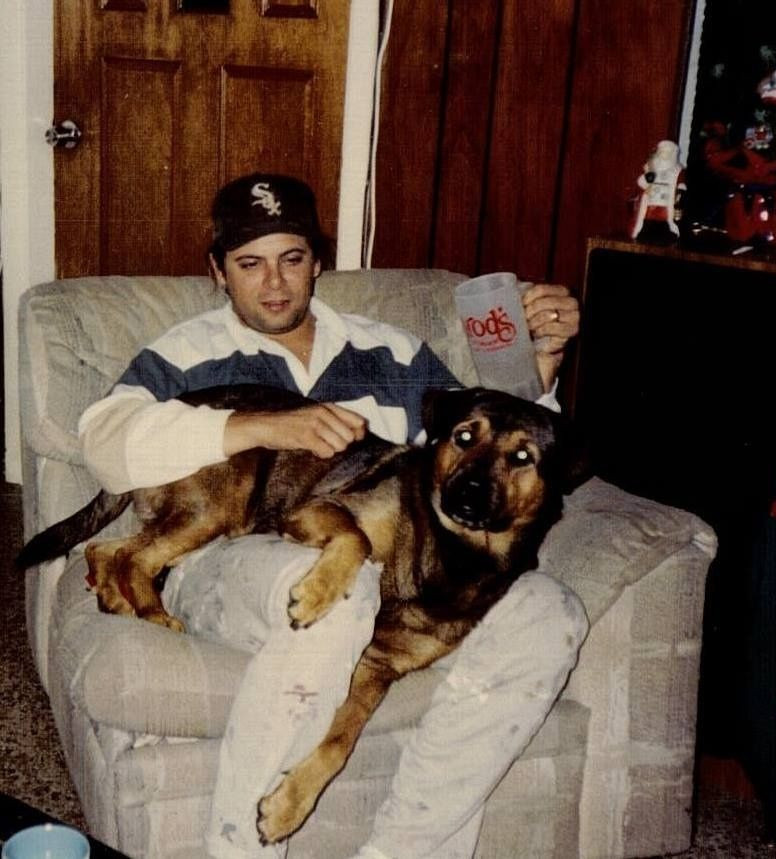 I had trained Bud to do a ton of fun tricks, he could count by me holding up my fingers.

No words, just two barks for two fingers or three barks for three fingers, and so on.

That said, after I trained him to bark 5 times for one hand, I got him to do 10 with both hands.

While I simply taught him to bark on command it was fun playing around with people.

I would ask Bud a math problem and flash him how many fingers for the answer.

Everybody would flip out over that and would constantly want Bud to do a bunch of math.

Bud wasn't overly friendly to people, even some of the people he would see often enough.

When I got Jack there was no way I wanted another Bud with that level of aggression again.

So I made certain that Jack went with a different training regimen than the one Bud received.

And, not to deny Jack of that kind of fun I had him counting by the time he was a year old.

And he does the math problems as well and he also attempts to talk but it sounds pitiful. 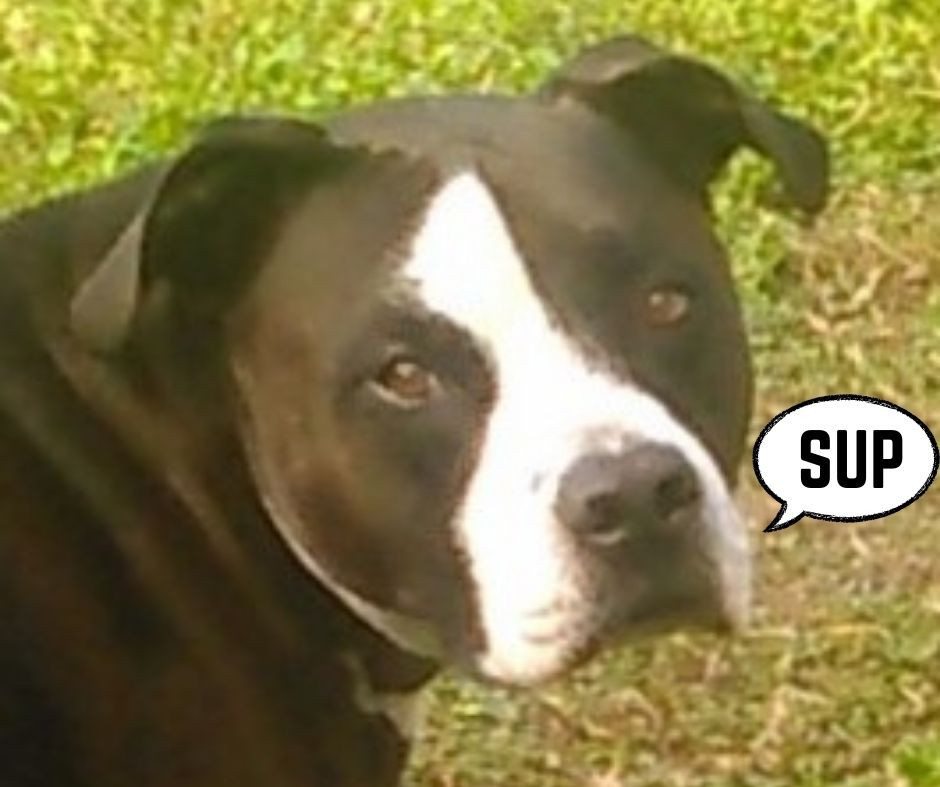 Anyway, I thought it hilarious and fun that both Jack and I are still learning new tricks.

Hope everybody has a trailblazing week ahead.

Write something…
Recent messages
JeffreyBrown Premium Plus
Haha! I really love this post, John! Very well done! Did you use Canva for those images, my friend?

Reply Like Like You like this
webcash2us Premium Plus
@JeffreyBrown
Thanks Jeff, yes I used Canva on the images.
I like to play around using Canva for practice.
I'm getting more creative and learning new tricks.

Reply Like Like You like this
JuneH2
Yes so true, mabey its just the breed.I have had dogs all me lift, but my young brothers dog was so smart he would put beer bottles in the case and take full ones out he knew all his toys lol he was a boarded collie.

Reply Like Like You like this
webcash2us Premium Plus
@JuneH2
Jack is a Staffordshire bull terrier, at least that's what the vet told me. I had a Border collie some years back, he was an extremely smart dog. He had only one bad habit and it was partly my fault. He would chew my tv remote control, and nothing else.

Reply Like Like You like this
FKelso Premium Plus
I, too, am an old dog, and with WA I am learning lots of new tricks. I have found, though, that because I'm an old dog it might take me more repetitions to remember the new thing I just learned, but after a while it sticks.

Cute story...you have done well with your dog training.

Reply Like Like You like this
webcash2us Premium Plus
@FKelso
I know what you mean, some of this training here I have revisited several times over. I'd finish the training and go try to do the work and wind up back at the training again.

And like you, after a while, it starts to stick for me.
I'm definitely better than when I started here...lol