That 2018 Vegas post! What went down, the goodies coming to the community & more!

Hi guys, so I was one of the members of the super affiliate conference that took place a little less than a week ago now. It's taken me a bit to write this post because once I got back, I was so pumped up that I got right back to work and didn't really notice that I'd forgotten to put this up!

Anyway, this year was in my opinion the best we've had yet. 2018 marks the fourth time I've made the Vegas incentive hosted here in WA and I am very much looking forward to the next.

By this time, I go into this conference and look at it as a trip where I see old friends, have great times and get rejuvenated to push my online business forward.

But this was because I had worked my butt off in 2015 and 2016, so by the time 2017 rolled around, my rankings marinated quite well in Google, I had gotten quite a lot of traffic and thus more sales, so if you're reading this part, know that whatever work you put in today, is going to work for you in the future. Many people fail to realize this and for a moment in 2017, I forgot that as well. They think that if they put up content and don't see it get ranked on page 1, that it's all over. It's not, it's just taking time to get there, remember that.

But anyway, a big focus of my 2017 goals came down to a second career I had been working on for years: Martial arts and this was the year I'd finally get my black belt and move my knowledge and skill level to the next stage. And indeed I did.

Unfortunately in the process I was so damn tired after my weekly training sessions that by the time I'd come home or have a day off to work on my site/s, my mind would be so exhausted that my ideas and writing skills suffered. In short, I kind of went overboard with the whole training thing.

As a result, my online business, despite living off the investment of my previous years work would slowly begin to suffer.

Going into 2018, my sales staggered, as did my my traffic and this reawakened my initial fire that got me into the WA conference in the first place, so from the very start of this year, I dove right back into content creation, building up my site and working my butt off again.

We'll see what happens throughout this year, but I know for sure I needed this boost to get me back into the game.

Anyway, moving onto the Vegas conference...

There are only 2 things about this whole event that I absolutely hate:

The flight there and the flight back. I have a horrible fear of flying so each time the event draws close, my heart beats faster at the though of flying for 5-6 hours and enduring that damn turbulence...

But once I land safety, WOOT, we're off to the good times!

From the very moment I landed and walked to the carousel, as I awaited to get my bag, I got a "gentle" nudge so to say. As a New Yorker, I'm used to this and was hoping to escape my awesome skills at attracting trouble, but as I turned around, to my surprise the guy who did it was none other than Mr.Eddy with a Y.

As it turned out, we were on the same flight but didn't even know it! But this led us to take an Uber to the MGM Grand together and joining us was Eddy's good friend John. The 3 of us had an awesome lunch and caught up on what's been going down.

Then we all went back to our suites and I crashed for a few hours. I later awakened and we had gotten together for our first night together and Kyle and Carson's loft, where the other super affiliates gathered.

The first night is always one of my favorites, as we just sit back, laugh, share online marketing stories and just get to know one another better. And the view...man that view:

Followed by that is our first day's conference where we sit down, get goodies from Kyle and Carson (I've become an avid collector or WA cups and pens!) and start discussing last years accomplishments and slowly move into the goals that will be this year.

Now this brings me to a VERY important part of this whole experience: What's in it for you guys this year!?

Well as I've said in my previous posts, Kyle and Carson do a remarkable job at evolving WA every single year and just when I think they can't come up with anything new and awesome, they do it anyway and in 2018, I've got to say, this may be the most impressive year yet for WA and it's community.

The opportunities are going to be coming in droves everyone.

You are all going to see some amazing new things added to the community, including training, a better platform overall and basically the main goal of YOU becoming a successful online marketer is going to become even more real this year.

The main goals Kyle and Carson always keep in focus are: How can we get members to adsorb the lessons easier? How can make them successful? How can we improve their experience and results?

It is from these central goals that WA has become what it is and it continues to move in that direction. Now I can't go into details about the nitty gritty stuff, but I will say, you will NOT be disappointed, so stick around WA, because as it is #1 by a long shot, it's gap between it and the competition will only get bigger this year with all the new things they have coming soon!

Other things I/we did worth noting:

So while our conference generally lasts 3-4 days, we finished our talks 1 day early and I decided to schedule an impromptu trip to Zion National Park. Only 1 person out of the group was as crazy as me to do it. Mr. John!

And man did we have a blast! I have never seen such nature in my life and if you ever get the chance to visit this place, do it! You are not going to regret it! We rented a seemingly awesome looking convertible (mustang or Camaro), but it ended up being overpriced garbage LOL. Oh well, an experience is an experience, but it didn't change the fact that our hike in this part was unforgettable! Here's one of the many pictures we took on the trip: 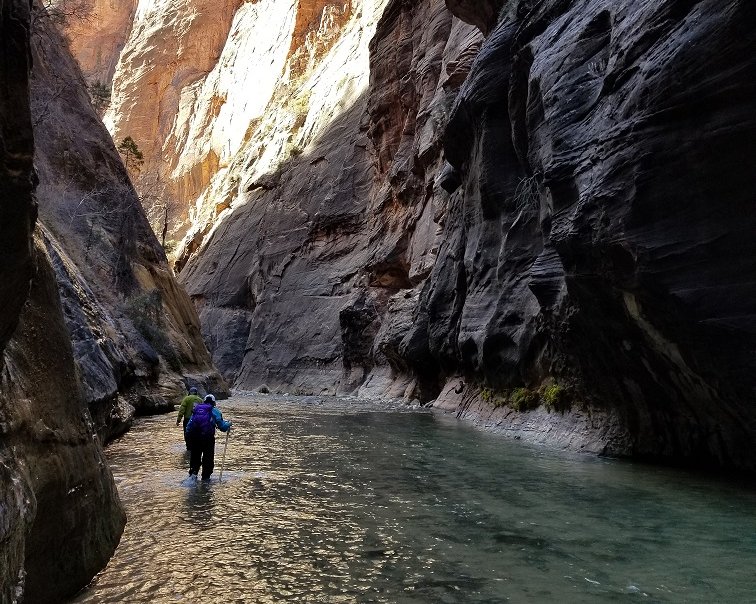 Now in addition to this whole awesome experience, Kyle and Carson know how to make their visitors (us) feel like bawlers.

Our first night, we went to the Bellagio restaurant called Prime, that is right near those famous fountains. The food was exquisite!

Our second night, we went to top golf, a driving range that's 3 stories high! And despite being able to swing a stick well when fighting, I absolutely suck when it comes swinging a golf stick. I think I have a better chance of playing baseball with the golf ball...

And on our third night (RIGHT after I finished Zion with John), we went to a Villa Kyle and Carson prepared for us. My goodness, it felt like we were in some presidential suite!

In addition to it being awesome there, Kyle and Carson also set up an awesome dinner for us and a magician which I honestly would like to never meet again, as he did an awesome job of trolling me while making me think I was a boss.

In short, he had me hold the word "eat" written on a paper, while asking me questions about how many times I love to do it, if I do it on a date and if it ever gets messy, to which I always responded with a confident "Oh yeah". It wasn't until later that I was told by the group that on the opposite side of the same paper I held, the word "fart" was written and I wasn't told about it, well...you know...

And to add to it, Jay also decided to play a trick on me and said he saw the magician put something in my jacket pocket. I looked and found a dollar bill with my WA name on it. I freaked out, thinking that magician had it in for me, but eventually I figured it out -_-

Now there also this crazy Japanese toilet that was installed in the Villa that I was basically forced to go try and to be honest, the moment it lifted up on it's own and started playing music, I jumped back and freaked out like a startled bambi. I just don't expect these things to happen and worried it would kill me, I kept a safe distance at all times!

And the rest of the trip was awesome as well.

I had a nice cigar and scotch with Nathaniell.

Ian, the Pribs, took us out to a seafood place and it got really messy!

We had an awesome time at craps this year (well I did). It's nice to know that I can play this game without knowing what I'm doing, but if people cheer, I know I'm good!

And I took an awesome picture with Steve, one that I asked him to frame on his shelf at home <3. I'm going to frame it too: 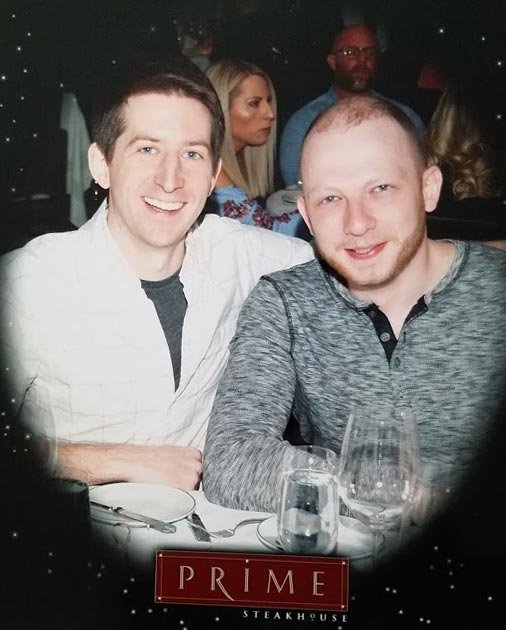 Overall, I am VERY happy with this trip and I am telling you guys, that WA is the place to be. Even if you aren't promoting it, the training they have set here is truly great at making you make your own online business in any niche.

We're always here to help, the system is legitimate and in 2018, I want to see more of you reach your goals, whether it be in bootcamp or the certification training. BE SUCCESSFUL! Now onward!!!

Write something…
Recent messages
buffetearns Premium
Vitality thanks! A lot of share there! Very much appreciated!

Reply Like Like You like this
eosegueraf Premium
Hello Vitaliy:
It really sounds great: fun and productive!
I am following you 2018 Vegas crew for sure.
Thank you for sharing such wonderful experience.
Eugenio.

Reply Like Like You like this
TTedesco1 Premium
Very nice and you have a lot to be proud of and grateful at the same time....Thanks for a great story....Hopefully I'll meet you in 2019....Vegas

Reply Like Like You like this
littlemama Premium Plus
What a great detail of all that went down! :) The side trip with John looked amazing, glad you guys got to do that.

Would love to know when you will make it to Vegas this year compared to 2017, and please don't tell me you've made it already! Lol 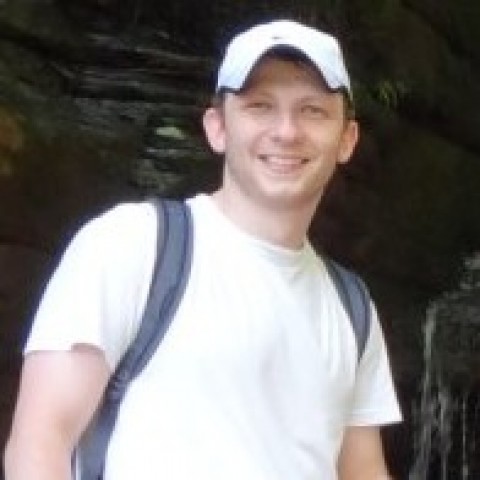