Be picky with site comments, you deserve the best.

Folks, I did write about this before, but it's been happening more frequently as of late...

There's an increasing pattern of people trying to "game" site comments in that they submit really poor/cheap quality ones in order to get it approved, get credits and get paid.

Your goal as a commenter is to create dialogue with the author and have other people see this.

And for the people who dont...

The best way to filter out those who do this is to simply disapprove the comment, and in mases if you have to. I certainly do this and I do it mercilessly.

It's my site that's on the line and many may disagree with my disapproval, but it's still my site and my right to disapprove and if it hurts your feelings, I honestly do not care. You will find though that find my reasons for disapproving comments to almost always be in one of the above bullet points.

This is a great system we have and it should only reward the people who truly provide us with the best comments that help our sites.

By being picky with who we approve comments from, we will be able to reward the truly honest people and in many cases, help those who aren't experienced in submitting good comments, raise their skill to be able to do so in the future.

Yes this means many people will have their comments disapproved when they try to submit them, but when you do this, let them know what they need to fix and make it clear so that they may have another chance.

That's for the good apples. And for the bad ones? You're never going to get past me with crap comments.

Good news guys, I found out that site comments has more filters in place stop those who misuse the system. Basically multiple disapproals blacklists the said person so they can't comment on your site again.

So basially being more picky about what you approve further pushes away the bad apples, even though there are a bunch of them. Either way, keep doing what you're doing folks and the system will evolve and be even better.

Write something…
Recent messages
scottyb2good Premium Plus
Hi VitaliyG it's Me ! Scotty B ♫, March 3rd, 2019 Sunday
Thanks for the extra info on responding to Comments. I feel this platform is different from the Feedback one I give in the little Bell at the top of ones who are requesting feedback on their sites. This Comment section from the Website Icon to our left seems to be Compliment Only driven. So, a critic I will not be. I think the writer also wants to use these comments to their advantage impressing others to their site. I get that. But not showing them what they can improve on might not be helping them. Oh, well, Icing and a frosting I will go..............Scotty B ♫

Reply Like Like You like this
Jason T Premium
I almost wrote something like this yesterday. I have to edit almost all of the comments I am getting due to lack of effort. I hate to be the guy to disapprove a comment but on the other hand I don't request comments to have to go through and spend time editing them. People are now being paid to give comments so the least one can do is actually be engaging and write a thoughtful comment that makes sense.

Reply Like Like You like this
VitaliyG Premium Plus
@Jason T
Don't edit them Jason, it's not your job to babysit people who aren't putting in the work to write a proper comment. If it's minor changes, sure, if it's many/major ones, don't do it. It doesn't help nor does it help propel the commenter to write good comments.

Reply Like Like You like this
Jason T Premium
@VitaliyG
Very true, I have 3 pending right now that I'm not so sure what to do with. I understand English is not everyone's primary language, so with those ones I've been a little more forgiving and spent some time to edit but the ones that I can see very little effort are going to have to go.

Reply Like Like You like this
Jenny28 Premium
Totally agree. I used to approve all comments and simply edit the bad ones, but no more. Lately I have disapproved the bad comments that lack quality, the ones that need proper spelling, the ones that clearly show my article was not read, and the ones that just say great article. I do not have the time to waste editing and sometimes re-writing the comment all together.

Reply Like Like You like this
TBallister Premium
I totally see where you're coming from on this. I've been frustrated with a lot of the comments I've received recently. Either they are poorly written (i.e. tons of grammatical mistakes), off topic, or more of a 'Site Feedback' than a comment on the content itself. What is your stance on editing comments you've received? I wouldn't edit to change what people are saying, but mainly make comments on a grammatical level. Sometimes I feel like I should change whole sentences to more effectively communicate what I THINK the reviewer was trying to say. How do you approach this?

Reply Like Like You like this
merlynmac Premium
@TBallister
I do correct grammar and spelling (that's not to say I don't make mistakes myself, but I have seen some obvious errors). I will not change the comment beyond that. If I feel it warrants that kind of change, I'll reject it.

Reply Like Like You like this
TBallister Premium
@merlynmac
Absolutely agree on that point. I had a couple today that I started editing and then this post reminded me that it wasn't' worth the effort!

Reply Like Like You like this
VitaliyG Premium Plus
@TBallister
If it's very minor things like a space here or a period there, I don't mind editing it, I'm not that picky, but if the person has a bunch of mistakes of falls into the bullet points I stated OR repeats the same issues, I will disapprove it.

Reply Like Like You like this
skmorrow Premium
I get really frustrated with the fact that texting language has become more and more accepted in general, not just in comments. I appreciate you taking the time to post this, it's nice to know I am not alone here! 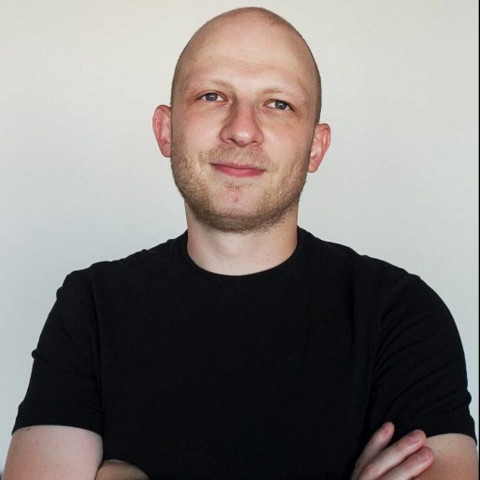