Guilty Of Not Spending Enough Time On Your Site ?

This is a sort of 'follow up' from yesterday's post, 'Work-Life Balance. Lol' as it links in nicely with some of what we covered, especially in the comments. In fact one of the things that stood out in a couple of them, was that some were guilty of not spending enough time on their site, or sites. Worth exploring, methinks. 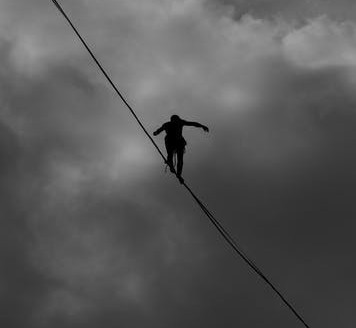 I do have an ulterior motive though, might as well come clean. I remembered that I had a post sat in the template folder that connected with this subject. I think I wrote something about two to three months ago but never got round to expanding upon it. In fact, when I opened it up, just now, there were about five, poorly worded sentences. Looks like it's down to me to fill in some major blanks.

First though, you have to understand that I am not a consistent, regular 'poster' on my sites. If, I manage one a week then that's as much as I do. Then again, my objectives are slightly different from most of us here. The work I do within the WA platform, is important to me in other ways that are connected to my long term goals. Anyway, that's another story. Enough of all that for now.

It occurred to me that I have this nagging 'guilt' feeling, like I am neglecting my sites. This builds up to the point where I have to write and publish a post, to alleviate the feeling. I'm fairly sure, many of you can empathise.

It's true that I find writing here far easier than when I create articles. I also seem to learn more here, than when I am on the sites, even when researching. Although yesterday, I did discover that roughly 1.3% of the world population are 'homeless' and that the top 10% of adults hold 85% of the world's total wealth. (Courtesy of 'Credit-Suisse' via Wikipedia.) Who knew.

It is also true to say, that when I have spent time writing and publishing content on my website,

I feel a huge sense of achievement. A feeling of 'Elation' would be close enough. Yet within minutes of sorting all the 'afterwards' I am diving right back into here. Like I've already said, my circumstances are slightly askew to the norm.

Are we looking to strike a balance then ? See how that fits in with yesterday's post.

One thing I have tried to do, to reduce my 'complex', is to drop in, every now and then and do some tweaking. No more than half an hour to an hour at a time. I pick an area that I want to concentrate on, be that widgets, menu's, revamping a post or whatever. The 'key' for me is to not try to change too much, all at one time. I have learnt this the hard way, after spending most of my time trying to get things back to how they were when I started and calling it 'quits'.

Can we have our cake and eat it ? Is that a derivative of 'Let them eat cake' or should I say "Qu'ils mangent de la brioche" which is where the former is translated from. Allegedly spoken by Marie-Antoinette, though it seems that might be a myth. Another illusion shattered.

I think we can, though some might beg to differ. I guess it comes down to where you want to be and how quickly you want to get there. As my goals are much more long term and I couldn't speed them up, even if I wanted to, then I can afford to be a touch more liberal with my time.

For some the time frame is much more condensed so the scales would tip the other way. I'm not sure there is a right or wrong way. It is down to ourselves, to work out which is best for our own particular set of circumstances.

Here's hoping the start of your week is of epic proportions. Have a good one.

Write something…
Recent messages
kpercival55 Premium
This post is eerily like you were inside my head.
I have many interests and hobbies, painting, calligraphy, investing, woodworking, animal care and training, gardening...and of course blogging, etc.
My issue is moving from one to another, full head of steam initially and then tapering off when another interest catches my fancy, and my time.
Throw into the mix health issues which bring everything to a dead stop temporarily and it’s quite difficult to get going again, let alone deciding which one to start with.
Anyone who has tips on overcoming this situation feel free to respond. I’m open to all suggestions!
Thanks for the very appropriate message.
KyleAnn

Reply Like Like You like this
Twack Premium
@kpercival55
Wow KyleAnn, that's quite a list. I had a calligraphy set once but I think it is still in the unopened box. Kind of sums it up.
I am past the point of 'prioritising'. I think I will just be doing as much as I can without giving my self a hard time.
I'll still get there, it might take me longer but that's alright, I'm enjoying the journey too much.

Reply Like Like You like this
Jaz333 Premium
Your discussion here made me reflect more deeply on what the goals are for my site, short term and long term. I came to some surprising conclusions and consequently had a moment of clarity. Thank you for this!

You've hit the nail on the head though. I think balance is required in all aspects of life. Without it we tend to topple and roll for a while before regaining our footing.

[side topic]: I really want to know how you and others add those emoticons lol

Reply Like Like You like this
Twack Premium
@Jaz333
You're welcome Shannon, always glad to help in whatever way I can, even indirectly. I think the TedTalk from the other post, helped to put a few things into the right place, for me.
I also think that we have a tendency to be quite hard on ourselves.
Have a fabulous day.

Reply Like Like You like this
Ramco Premium
Very synonymous with what I suspect the large majority and even those that don't have these issues as they can now afford an army of Virtual helpers to ease the pressures. Even they though must have faced it initially at startup.

As with the Marie Antoinette phrase I wouldn't go too much with what Credit Suisse say they have interests to protect, as there are figures that prove that the bulk of that percentage is in the hands of 1 % of the population within that figure, there has in the last ten years alone occured the greatest transfer of wealth to them in the history of finance.

Hope the day and week will treat you kindly within responsibilities to have some extra time conjured to expend to pursuits neglected!!
R.

Reply Like Like You like this
Twack Premium
@Ramco
Ooo, neglected pursuits, where do I begin.
Stats, figures, projections and who to believe. Whether 1% or 10%, it's still out of whack.
Have a good one yourself.

Reply Like Like You like this
Ramco Premium
@Twack
Lols, Oh, I'm sure as even if you self admittedly say you know where to begin and equally have stated its the finish that is at issue...its all relative you finish even though a time gap may be involved its the quality of the finish that counts!! ;

Thank you very much!!at least I have a fair chance to this week ;
R.

Reply Like Like You like this
1Rudy1 Premium
I'm not a regular blogger either. That affects a couple of my websites, yet my rankings are high enough to get clicks. However, those clixks are not converting into sales. That I need to work on.

To find balance, can be difficult when you struggle with being a perfectionist major with a procrastinator minor....

Great words, Twack. Thanks for sharing

I find if I try to plan something it never works out, I usually
go with the flow of things in my life. Trying to accomplish
things quickly is not always the best answer. WA is not
a get-rich-quick scam so taking one's time and doing it
correctly would be my recommendation.

Thanks for your wonderful words of wisdom,
Susan

Reply Like Like You like this
Twack Premium
@Marley2016
Hi Susan, thank you for this, though I would say that your words are the ones of wisdom.
As long as we keep on top of everything and move forward at the same time, then we'll get there in due course.
Totally agree that we need to make sure we're doing it correctly.