Personal Development is a Huge Niche!

Is it over saturated?

At first glance, it would appear that way but take a closer look...... 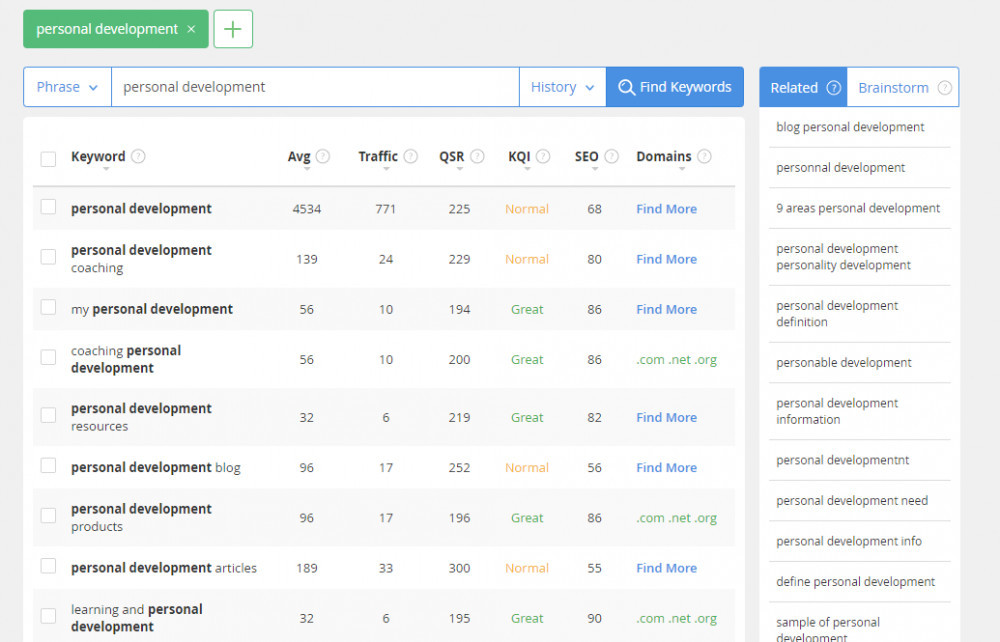 The above screenshot from Jaaxy shows numbers that aren't so favorable for the niche and being able to compete..... especially as a newbie. 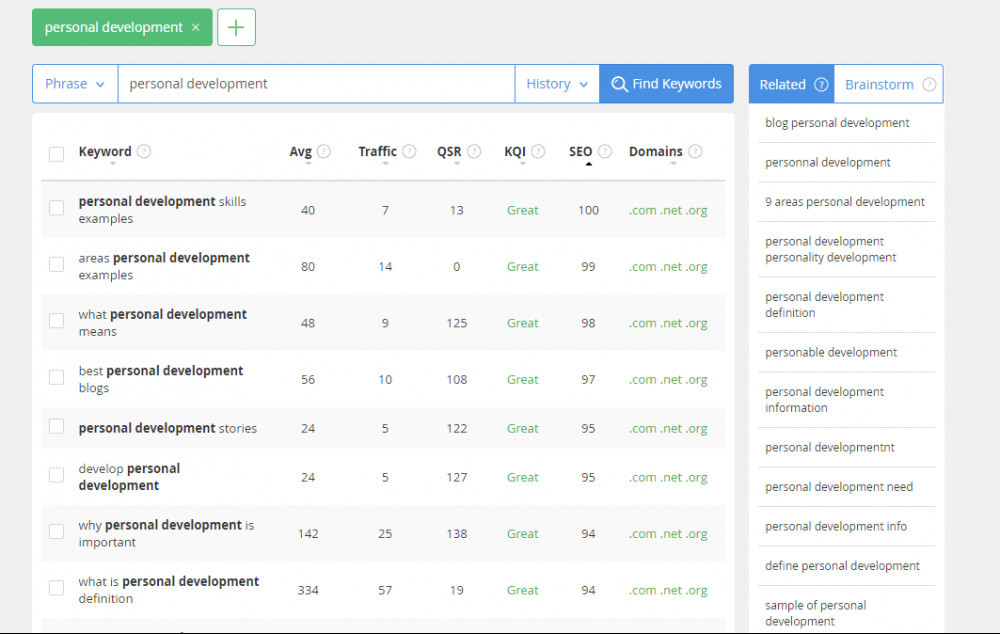 See the screenshot above?

The traffic isn't as huge but the QSR(competition) isn't near as massive...... 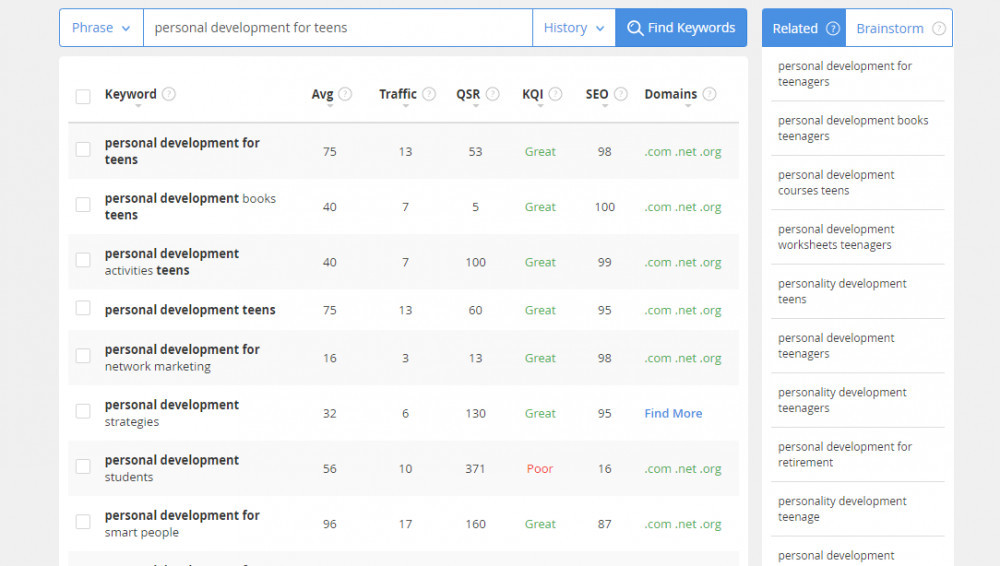 75% of young people are interested in some form of personal development...... is that a niche for the future?

Have you ever been a teen?

Are those of us who have been teens (I'm now 55 years old) able to connect with the teens of today?

Would they even listen to me/us? 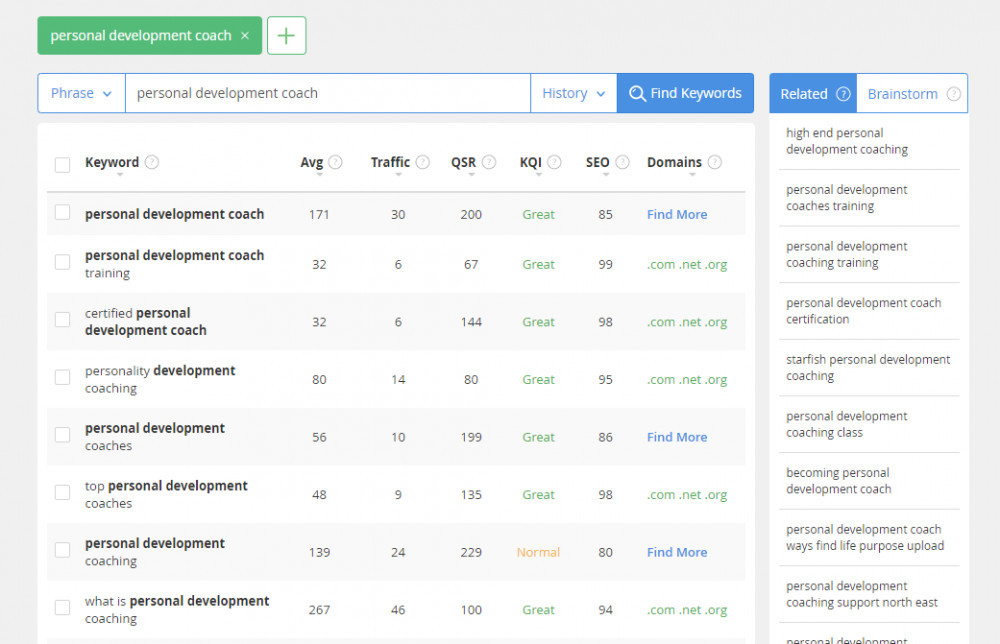 Reply Like Like You like this
philmedia Premium Plus
Great post-Tony; as a trained coach, there is a lot of us in the market. However, most coaches sell being a coach as opposed to talking about the problems they solve.

Coaching can be a massive help as many of the top leaders worldwide have one. But no one buys a coach is my thinking.

However, changing lives and adding money to the bottom line and they will buy that.

The biggest issue for young people right now is self-esteem and confidence, but they won't buy that, but getting the next job or being confident at an interview, yes, they will go for that! Great post! I hope you are well, Phil.

Reply Like Like You like this
richardgb Premium
Hi Tony
I am a professional coach (or at least I was... Once a coach always a coach I reckon). I’ve been focusing more on achievement and productivity... you’ve uncovered some interesting keywords there. Thank you for sharing.
:-)
Richard

Reply Like Like You like this
Damien15 Premium
Hi, Tony it's the same with the supplements industry, "my niche".
While it's big & competitive, there's still room for the little guy i believe, you just have to work harder & wait longer.
But eventually......when the commission's do come, they can be quite high, with a projected $650 billion per year, by 2024!
Some people are making $1500 per day of one product, not hard to see why, when you're getting $40-50-60-70 dollars per sale, say 40% commission, and the average sale over $100-170 dollars.

Have a fabulous new week sir. 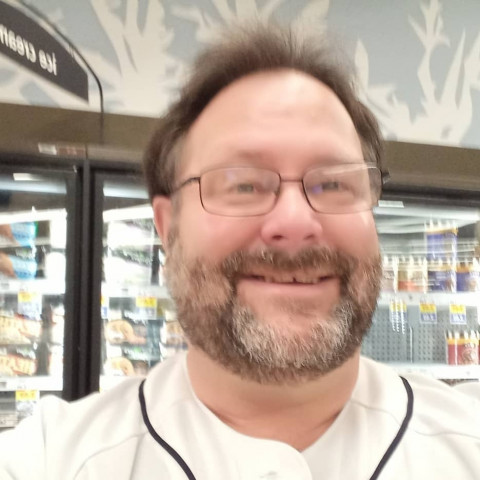