I've been away for awhile

Well, as the post title says, I've been away for awhile. I haven't really done much to grow my websites in about a year and it shows. Not only have they not had an increase in traffic, they've had a drastic decrease in traffic and sales.

If you look at when I joined WA, you would think that I would be making a living full-time off of Internet Marketing, but that is definitely not the case. I only mention this, so that I can be more specific in my posts and give you hard numbers instead of just giving you percentages and not have freak out when they see that my websites aren't getting millions of visitors to them despite me being a member for 7 years.. There are definitely people who have been successful at WA, but I'm not one of them. This is probably due to a consistent lack of effort and failure to implement.

My (Lack of) Results

Let's get to it. About a year ago, my most visited site was getting about 3,000 visitors a month. Now it's only getting about 800 to 900 visitors a month. Last year the site made about $500 off of Amazon commissions this years it's only made $50 so far. Last year my Youtube channel made about $500 off of ad revenue, this year it's made only $150( thank you Leoemery for your instructional videos on Youtube, if I hadn't followed your advice about annotations I probably would have made far less Amazon commissions.)

As you can see, not actively working on your sites can hurt your progress. Not only do you lose out on where you could have been, you can also lose the ground you have gained thus far.

I'm by no means down and out, I am just admitting that obviously my priorities haven't been with growing my Internet Marketing business. If there's one thing I have realized over the years it is that you've got to make this a priority if you want to reap the big dividends of making enough money to do it full time. Just doing it when you feel like it is not going to cut it. What would happen if you just showed up to your day job when you felt up to it? Chances are you wouldn't make a lot of money at a day job either.

I'm also moving towards e-commerce. I've bought some inventory and I'm transitioning one of my affiliate sites into an e-commerce. I've been thinking for a while that the niche for one of my websites might be more suited for physical products. This has come with its own set of challenges that I've had to work through. Pretty much it all boils down to being out of my comfort zone.

Over the years I've realized that when ever I reach the edge of my comfort zone I tend to freeze and do nothing. Kind of stupid, but that's the truth. I've been aware of it for a while now and I'm getting better, but it's still something I have to deal with. I know that once I reach the other side it won't be nearly as big of a deal as I made it out to be.

Well, there you have it. I guess if there is anything you can learn from me it's probably to take consistent action. Work on your websites consistently and keep them growing.

Write something…
Recent messages
janmar Premium
Thank you for being real and sharing what is a reality. I certainly feel your anxiousness when you are at the edge of your comfort zone. Many people tend to freeze or stop when they are about to sail some unchartered territory.
I am glad that you have a focus and moving forward once again.
Keep us updated.

Reply Like Like You like this
ThomasPaul Premium Plus
@janmar
Hopefly, I can keep it this time or at least not lose it for nearly as long. :)

Welcome back and thank you for following me.

I totally agree with what you wrote above. It's so good to see that you have made the decision to rise up and take action.

Reply Like Like You like this
ThomasPaul Premium Plus
@JasonJF
I don't know if it's really inspirational, but if it helps some people work on their sites more consistently(especially myself) then I think it will have accomished what I wanted it to accomplish.

Reply Like Like You like this
Gerard2463M Premium
Thanks for that, just goes to show if you do not put fuel in the car it wont go and you just sit still, ( drive is every thing )
Regards,
Gerard. 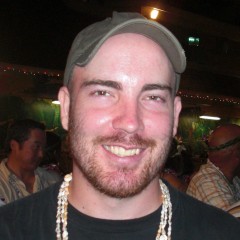