I have seen duplicate comments in Site Comments where someone copies a comment on my site, adds a few more sentances and pastes it onto Site Comments. Now I am seeing this in organic comments as well. I always dissaprove these and explain, plagiarism is not allowed! I never know if it is the same person with multiple names or the second person is copying the first. I try to keep the first one and trash the second.

Hopefully these organic copycats have nothing to do with WA or Site Comments. I had a comment from a man who was trying to get a backlink. He wrote a long comment and ended by explaining how the product he was promoting was the solution (why would I approve his comment with a link to his site for a competing product on my post???). I was nice however and edited out his link and approved it. Then I got another comment from a different person (or the same one using a different name) that had altered wording but was clearly copied and had the same link.

As several members here have pointed out, this is "spun" content. There are programs that will automatically change words for this very purpose. It is called "spinning" content. It used to be accepted but is not anymore.

Just For Laughs I Will Show You Their Comments

Just for laughs I will paste some of these comments line by line here so you can see how they compare. I have deleted these comments from my site. (I never approved the second one anyway). The words are mostly identical except for the pairs of words I have bolded below where a word was changed in the second comment. I alternated italisizing them so you can clearly see the pairs of words.

How cheap and spammy!!! I hate this sort of thing. The product they are promoting is a product listed in the Affiliate programs here on WA but I like to think this is just coincidence...

"One of my 2 cats (both neutered males) had taken to painting all of my walls, furniture, and anything else he could reach. I was horrified when I got a UV light. He never did that in all of the 9 years I’ve had him and didn’t when I got him a buddy (they love each other and did so right away) but when a strange black cat started showing up outside both of my cats went nuts..."

"One of my 2 felines (both neutered guys) had taken to painting the majority of my dividers, furniture, and whatever else he could reach. I was sickened when I got an UV light. He never did that in the majority of the 9 years I’ve had him and didn’t when I got him an amigo (they cherish one another and did so immediately) however when an unusual dark feline fired appearing outside both of my felines went crazy..."

Plagiarism is Not Allowed!

This is the sort of thing teachers and professors look for in course papers where a student clearly copies something but changes some words and claims it is their own work. This is NOT allowed in acadamia and is questionable in online business.

Don't do it and don't allow it on your sites.

The duplicate comments in Site Comments were even worse (hard to believe) and didn't even bother changing most of the words. They would just tack extra sentances onto the beginning or end.

A warning to people practicing this: If you are spamming this way by copying others or duplicating your own comments I will delete everything and not approve any part of your comment. You certainly aren't getting a backlink from my site!

Write something…
Recent messages
Tmgreen Premium
Why people do this sort of thing is beyond me. Do they think we are stupid? I guess they figure some percentage will get approved.

Reply Like Like You like this
HeidiAnders3 Premium
Wow! This is crazy! I haven't noticed this, but will definitely be on the lookout. Thanks for sharing this and keeping us all aware!!

Reply Like Like You like this
Aussiemuso Premium
I wasn't aware that this was so prevalent. Thanks for bringing it to my attention. I enjoyed reading the two versions. Very naughty and do they really think you won't notice. 🤔

Reply Like Like You like this
Wdcope Premium
Good point to make. I have not seen it yet but will do something similar.
Take care,
Bill 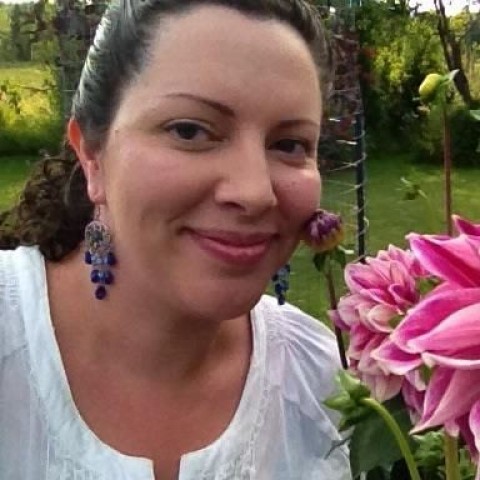