I'm sure I'm not the only one who gets frustrated with our online businesses. It's not the technical side. It's the human side.

Lately, I've been receiving a lot of comments that just aren't comments. They're reviews.

I totally understand when someone is new, and possible doesn't understand. Everyone has to learn the proper ways of doing things. But come on... when you see the previous posts ahead of yours, don't you realize what the writer is looking for?

Today, I received a "review" instead of a comment on a review post, again. But this time it was a little nasty. She claimed she ran my article through a plagiarism checker and found it to be mostly plagiarized. Then she claimed to have found significant spelling errors and such.

First off, I knew I didn't plagiarize. And I use both the spell checker in site content and Grammarly. So I didn't get too upset, but went and checked it out anyway.

The tool I used said my post was 100% unique, and no spelling errors!

So why would someone write a comment like that? Maybe they were a member of the program I reviewed? I didn't say anything bad about it, but did recommend Wealthy Affiliate. The comparison I provided showed the differences and why WA is better.

So I decided to write her an email. A nice email...:). First off her web address just showed a website that was published but with nothing on it. So I used the email she provided in the post and talked about what I found. I thanked her for commenting but told her I had to delete her comment. I also expressed that we writers are looking for comments related to the topic of the post.

So what do you think? Should I just have ignored her? It felt cathartic to write to her, though... haha.

Write something…
Recent messages
jetrbby80316 Premium
You did the right thing, that was perfect Suzi!
In a nice way, you instructed her that her "review" was most inappropriate to include where a comment about the post belonged.

Good job and I KNOW that felt good!!

Reply Like Like You like this
Dygie-Reds Premium
Hi Suzanne!
I am glad that you blogged about this issue. I find that people are really mixing up the meaning of giving site reviews from post comments. You are on point in seeing this problem and putting it out there. Personally I think site reviews should be done strictly within the community only that the authors can make adjustments. Post comments must be done on website posts in effort to help build the author's credibility into a trusted brand. Visitors should directing their insight, input or questions relevant to the post and not the whole website unless it is for crediting the author. Leave the criticism for the community, whether constructive or other wise.
Thanks for addressing this issue!
David.
By the way, perfectly fitting imagery with this post there.

I had a comment on one of my product reviews which listed the pros and cons of the product, however, I didn't say outright that it was a scam.
Like you, I provided the differences between WA and the product and leave it up to the reader to make their own decision on whether to go with the product or WA.
I don't force them either way as the information is there for them to make their choice.

The persons' comment was I was towing the line and I needed to say if the product is a scam or not.

I actually approved the comment and explained to them nicely that the pros and cons and differences are listed for them to decide.

There were no further responses.

So she want to put down what you have. Maybe she is envious of the great platform we have here a t Wealthy Affiliate.

Best wish that you get some helpful and nice comments.

Reply Like Like You like this
Memorylaneuk Premium
There is nothing wrong with writing to her. Personally I have had nothing nasty but clearly a review rather than a comment. I always just edit them appropriately and then accept the comment.
Recently I did have to edit a review but did contact them because actually they pointed out that my padlock was not showing and after contacting site support they were right. It has now been resolved. So the review rather than a comment worked in my favour.
With Grace and Gratitude
Karen 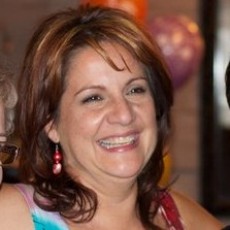