I've noticed a lot of people on WA who are in search of a completely new direction in life, with more time for hobbies, family and travel. People are worried, scared, overwhelmed and excited all at once. I would say this sentiment sums my journey up pretty well too. I've found that the posts I find most powerful and inspiring from other members discuss how they had the courage to venture in a totally new direction to change their lives. With that in mind, I thought sharing my own story could help keep others going as well.

I have spent the last 30 years of my life studying classical music. It's a highly specialized field that most people have little to no knowledge about. I have a masters and bachelors degree in performance and another degree in psychology. I spent hours a day in a practice room, working out the minutiae of a piece in the most meticulous way imaginable.

In college, I thought I wanted to be a performer, but as time went on I found that although I had a lot of natural ability, my discomfort in the spotlight, and the level of neurosis I developed from dissecting myself over the smallest inflection, meant I was best served being behind the scenes, and I found my niche in orchestral management. That's another field, most people don't know exists. I had a true logical progression through the major orchestra circuit for 16 years starting at from the very bottom and working my way up to a middle management position making 80k at a major orchestra. I am 38 years old.

I got to work with amazingly talented people, meet many famous guest artists and hear live, gorgeous music every day at work. I worked most weekends and holidays, and even many weeknights. The worst day each week was usually Thursday. I was in by 9am and out by 11pm following a concert, with no time to go home in between. I lived, and breathed my work, not just because I loved the art form, but because I genuinely cared for the institution I worked for and what it represented to my community.

Over that time the business started to change dramatically. The expectations and work load became more and more exhausting, orchestras became more preoccupied with business and less concerned with artistry. I had gone into a business for its creativity and that had been consumed by the bottom line and the emergence of a corporate mentality.

After 11 years as and assistant manager and 2 years as a manager at the same orchestra, my burnout reached an all time high. I had sacrificed my mental and physical health, my time with family, and the quality of my marriage to work in a business I thought was my dream. My whole world centered around my work. And finally all that stress built up into a battle for my life.

I began to have a series of strokes that none of my doctors could explain. I became a human pin cushion, saw at least 10 different specialists and continued to have strokes every 6 months or so. The final stroke put me in the hospital for a week. After over a year of testing and no diagnosis, I drove out of state to see a specialist who diagnosed me with a rare form of vasculitis 6 months after my final stroke. I immediately began treatment to control my disorder, but by that point my short term disability (FLMA) had been exhausted.

My employer was no longer obligated to hold my position open and after 12 years I went on long term disability and was told they were going to post my position and that I would not be returning. I have never been so relieved and so terrified at the same time. I had no idea what I would do next and other than making money to continue the lifestyle I had known, I had no motivation to go back to the business I had invested my whole work career in and no way to easily transition to another career path. I had nearly given up. After a year of testing and 3 months of treatment trying to heal, I found Wealthy Affiliate and for the first time, I felt like I had found focus and a belief that I could start again with a lot of hard work.

On July 4th, I celebrated my personal Independence Day and embarked on a new direction with Wealthy Affiliate. I can't believe how much I have learned about the business and how far I have gotten in a little over three weeks time. I still have so much to learn, and a lot of work ahead, but if there is anything I have learned from the last year and half, it's that your plan' and God's plan don't always line up. I had always thought I found my path with what I loved, music was my vehicle. That was more than most ever dared to do. Now I can find other things and people to love, including myself. I'll learn to cherish the new life I will build at Wealthy Affiliate too. Have faith, work hard, don't give up.

Good luck on your journey!

Write something…
Recent messages
PMbaluka Premium
This is really a touching story and am so happy that you finally found Wealthy Affiliate whereby you can start all over again. Am pretty sure that your choice will yield to great success as it has to many more.

Reply Like Like You like this
keishalina Premium
Incredible story! ... thanks kindly for sharing... enjoy the WA journey---you've made the right choice....all the best for every success, cheerio.... :) 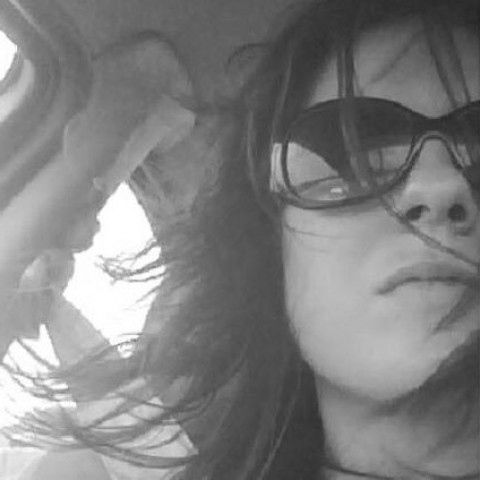