A World in Termoil

There is a lot going on all over the world as well in the US these days. Far be it for me to engage in a political speech, since it is a no no subject with WA anyway.

But I do have a few things to say that I think everyone will want to hear. I was sent a really great email today. It made a lot of things very clear about the way our government is operated. The piece was written by the retiring journalist for the Orlando Sentinel. He has been a journalist for 49 years. I am going to print the piece in it's entireity,but first I would like to say a few things.

I know there are a lot of you out there that will say, much as my husband says, " I am sick and tired of listening to that political crap, I will be so glad when it is over." Well I agree that it gets old but you know what? We need to get this right this time. It is nothing short of disgraceful when a great country like the United States, with all of our freedoms, that we take such little pride in our responsibility as a nation that almost 75% of our population is too busy to vote. Yet people in places like Iraq, went to the polls, 90% of them and put their fingers in ink, walked miles, and cheered for the chance to vote for the first time their country. If this does not make you, if you did not vote, ashamed of yourself. Then I fear you are lost.

It makes me very sad to think that things like this go on in this country. Perhaps those of you that do not think this is important, sit down and watch what is going on in Syria today. Hundreds of Thousands of Christians being be-headed, bombed out of their homes, run out of their countries, because they refused to denounce their religion. Think It can not happen here in the US? Wrong, We are currently headed in that direction. I am going to give you the piece written about our government and ask that you Read and Heed for only we can change the direction of this country, folks, this time may be our last chance.

This should be on the front page of every newspaper.

Be sure to Read the Poem at the end..

Charley Reese's final column for the Orlando Sentinel.. He has been a
journalist for 49 years. He is retiring and this is HIS LAST COLUMN.

Be sure to read the Tax List at the end.

This is about as clear and easy to understand as it can be. The article
below is completely neutral, neither anti-republican or democrat. Charlie
Reese, a retired reporter for the Orlando Sentinel, has hit the nail directly
on the head, defining clearly who it is that in the final analysis must assume
responsibility for the judgments made that impact each one of us every day.
It's a short but good read. Worth the time. Worth remembering!

Politicians are the only people in the world who create problems and then
campaign against them.

Have you ever wondered, if both the Democrats and the Republicans are
against deficits, WHY do we have deficits?

You and I don't propose a federal budget. The President does.

You and I don't have the Constitutional authority to vote on
appropriations. The House of Representatives does.

You and I don't write the tax code, Congress does.

You and I don't set fiscal policy, Congress does.

You and I don't control monetary policy, the Federal Reserve Bank does.

One hundred senators, 435 congressmen, one President, and nine Supreme
Court justices equates to 545 human beings out of the 300 million are
directly, legally, morally, and individually responsible for the domestic
problems that plague this country.

I excluded the members of the Federal Reserve Board because that problem
was created by the Congress. In 1913, Congress delegated its Constitutional
duty to provide a sound currency to a federally chartered, but private,
central bank.

I excluded all the special interests and lobbyists for a sound reason.
They have no legal authority. They have no ability to coerce a senator, a
congressman, or a President to do one cotton-picking thing. I don't care if
they offer a politician $1 million dollars in cash. The politician has the
power to accept or reject it. No matter what the lobbyist promises, it is the
legislator's responsibility to determine how he votes.

Those 545 human beings spend much of their energy convincing you that
what they did is not their fault. They cooperate in this common con regardless
of party.

What separates a politician from a normal human being is an excessive
amount of gall. No normal human being would have the gall of a Speaker, who
stood up and criticized the President for creating deficits.. (The President
can only propose a budget. He cannot force the Congress to accept it.)

The Constitution, which is the supreme law of the land, gives sole
responsibility to the House of Representatives for originating and approving
appropriations and taxes. Who is the speaker of the House? (John Boehner. He
is the leader of the majority party. He and fellow House members, not the
President, can approve any budget they want.) If the President vetoes it,
they can pass it over his veto if they agree to. [The House has passed a
budget but the Senate has not approved a budget in over three years. The
President's proposed budgets have gotten almost unanimous rejections in the
Senate in that time.]

It seems inconceivable to me that a nation of 300 million cannot replace
545 people who stand convicted -- by present facts -- of incompetence and
irresponsibility. I can't think of a single domestic problem that is not
traceable directly to those 545 people. When you fully grasp the plain truth
that 545 people exercise the power of the federal government, then it must
follow that what exists is what they want to exist.

If the tax code is unfair, it's because they want it unfair.

If the budget is in the red, it's because they want it in the red .

If they do not receive social security but are on an elite retirement
plan not available to the people, it's because they want it that way.

There are no insoluble government problems.

Do not let these 545 people shift the blame to bureaucrats, whom they
hire and whose jobs they can abolish; to lobbyists, whose gifts and advice
they can reject; to regulators, to whom they give the power to regulate and
from whom they can take this power.

Above all, do not let them con you into the belief that there exists
disembodied mystical forces like "the economy," "inflation," or "politics"
that prevent them from doing what they take an oath to do.

They, and they alone, should be held accountable by the people who are
their bosses. Provided the voters have the gumption to manage their own
employees... We should vote all of them out of office and clean up their mess!

Charlie Reese is a former columnist of the Orlando Sentinel Newspaper.

What you do with this article now that you have read it... is up to you.

This might be funny if it weren't so true. Be sure to read all the way to the end:

Tax his land, Tax his bed;

Tax the table, At which he's fed.

Tax his tractor, Tax his mule;

Teach him taxes Are the rule.

Tax his work, Tax his pay ;

He works for peanuts anyway !

Tax his cow, Tax his goat;

Tax his pants,Tax his coat.

Tax his ties, Tax his shirt;

Tax his work, Tax his dirt.

Tax his tobacco, Tax his drink,

Tax him if he Tries to think.

Tax his cigars, Tax his beers;

If he cries; Tax his tears.

Tax his car, Tax his gas;

Find other ways To tax his ass.

Tax all he has Then let him know;

That you won't be done Till he has no dough.

When he screams and hollers, Then tax him some more;

Tax him till He's good and sore.

Then tax his coffin, Tax his grave,

Put these words upon his tomb,

When he's gone, Do not relax;

Its time to apply The inheritance tax.

STILL THINK THIS IS FUNNY?

Not one of these taxes existed 100 years ago & our nation was the
most prosperous in the world. We had absolutely no national debt, had the
largest middle class in the world, and Mom stayed home to raise the kids.

What in the heck happened? Can you spell 'politicians?'

P.S. It's not just happening in the USofA!

Write something…
Recent messages
alex75 Premium
I can't speak or comment on the situation in America, but I can say that I see the same situation in the UK. All that is happening, is because it is what is wanted by the politicians. Our politicians are voting 11% pay rises for themselves and cutting pay of the military and civil service left right and centre. None of it is by accident.

Reply Like Like You like this
tomtitty006 Premium
Although I am not American,you do put a very good point acrossYou,ll excuse me if I do not comment here,as I believe I would be well out of my league.It is shocking however about the Christians,when Jesus said "Take up thy cross and follow me" I,ll bet you a lot of them folk that were beheaded never thought their belief would lead them to such an extreme.
Coincidentally talking about my books to you last night,well you,d never guess they arrived today,and where off course did I order them from,only the good old USA.I order a lot of my books from a company called Dover Publications,it is a really superb company with an amazing choice of colouring books and crafts,they also do lots of other products and have discounts on them.For 5 books and postage it just cost me $19.35,not too bad,looking forward to starting tomorrow,the pictures are amazing with great detail.

Reply Like Like You like this
SharonAllen1 Premium
@tomtitty006
I'm glad you got you books. Yes that is a reasonable price to go that far. Glad to hear from you, I don't like the name of this blog, I might change it. 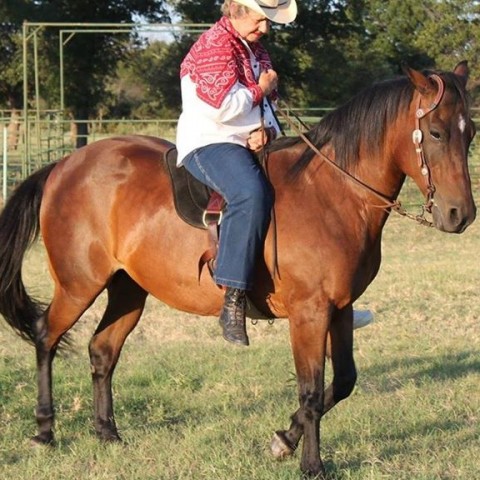