When People Have Nothing Better To Do Than Bully You

So it's my birthday today. Interesting information that I'm leading with because it's an interesting story about a member of the community who took polite advice given and completely lost their ever-loving mind.

Someone decided it was a great idea to 'bully' me on my site. Just wow.

I'm a decent human being. I don't even have a mean bone in my body, which got me into trouble when I was younger and not wanting to hurt other people's feelings so I would do things for them or with them when I should have said no.

Now, I am 39 years old today. I've learned when to say no, how to give criticism while still being nice, and I am much more confident in myself so I don't get hurt by petty crap anymore.

Always but always am I polite, even when I disagree or give constructive advice or say no. Even giving negative reviews, I am super polite to everyone. It's just the decent thing to do. There's enough ugly behavior on the internet that I don't need to engage in name-calling and bullying or hateful behavior.

I spend more money than I should rescuing cats, feeding barn cats and ferals. I let the nastiest cat I've ever seen into my lap because I'm probably all the affection that poor girl gets.

I am super kind and have been known to give out my last few bucks to help someone else. I can't hold grudges except when people are doing things to be hateful on purpose. I known who I am. I LOVE who I am with my kindness. I'm proud of it now. That doesn't mean I won't call people out on their bull crap, but I even do that without being mean.

I go out of my way to help people on WA, though not often as I am still fairly new and working on a site that is more practice than the one I desperately want to make. I have years of experience with affiliate marketing and basic website stuff as I built my first website in the late 90s, early 2000s, back when you actually had to understand HTML. But I never stuck with it or really tried to make a business out of it. So I known quite a bit, but no where near the experience as some seriously successful people.

So my help is limited. I also refuse to be insincere and fake. It's my personal moral and ethical code. I can't say anything nice, I don't say anything. If I see something that might lead a member to being sanctioned or banned, perhaps because they don't understand the rules, I'll be nice but let them known. I see someone making a mistake, I'll give advice. If they're doing wonderful, I will tell them so.

I'm 100% honest even in my comments in Site Comments. I don't pretend anything. That's my personal code. I can help fellow members without fake praise and fake interest. I even share interesting site posts to my personal FB page, but only if I truly like it. I want to help, but I have standards too.

I do this to be NICE. It is up to each member to take or leave advice given by people. None of us are going to be brokenhearted you don't take our advice and screw up. Other people's failures make no difference to me. I love watching people succeed, but it doesn't matter to me if you do or not. I don't care, take advice or not, that's your choice. It's your business and we don't care.

I personally would want someone to tell me I'm doing something wrong instead of just sitting back and watching me fail. So I treat everyone else how I want to be treated. With politeness and respect by telling me if something is funky.

When Your Behavior Crosses Lines

People are free to take or leave advice. I treat strangers with the same respect I want strangers to give me. Advice from anyone is usually helpful, well-meaning and respectful. Sure some people are out of line.

For example, taking well-meaning advice that comes out of the goodness of people's hearts and losing your ever-loving mind by being rude, mean and going out of your way to try to BULLY someone on their site.

Does this hurt my feelings? Nope, not at all. I even approved the comment. It says WAY more about them than it does about me. It's still crazy, and out of line, and seriously f***ed up thing to do, especially on someone's birthday, but again, it says exactly what kind of person THEY are, not who I am.

Feel free to try to hide by posting on my website instead of in Wealthy Affiliate. Feel free to be hateful to a very nice person who tried to help, then called you out on your behavior afterwards. I don't waste time or energy on people who don't understand helping when it bites them on the nose and definitely don't have time to mess with the human wastes of space that bullies are. This is not hurting my feelings at all, even on my birthday.

What's even more screwed up is that people are free to dislike help if they want. But repaying help by turning into a crazy psycho? The punishment does not fit the crime, if it is a crime to give advice.

What people should do if you feel someone else is being out of line on WA is report the comment and move on. Go ahead and explain or tell them they're out of line, then move on. Or you can ignore it and move on.

What you don't do is visit their personal sites and get hateful. If you have that much time and energy to waste on a stranger on the internet, might I suggest you put that energy into your business instead of being hateful? Or you feel the need to be hateful, do it openly here instead of trying to hide on personal sites. I say trying because they do record your IP and other information.

My response to this attempt to ruin my day is this blog post and nothing else. I'm not going to flame the offender on WA or their site. I'm going to put it behind me because I already took too much time discussing it in the hopes other members might learn from this experience. It's not worth it. The person or people who think this behavior is acceptable are definitely not worth it.

I am genuinely happy with myself. I don't need outside validation. I don't get hurt by 'anonymous' jerks. It's not worth it.

My Birthday and My Successes

I am going to enjoy the first day off I've had in months by being lazy for the first time in I don't known how long. I'm going to read a good book. Go out to dinner. Just enjoy life. Just like last night, this will be put out of my mind. I'm way too nice to be dragged down into the sewers with hateful people.

In March, my Amazon Associate account earned $27. Not enough to buy a house, but it's proving it's possible. I am also on the first page of Google for one of my keywords! I'm even in position three! It's not a great one, but I'll take it. Small successes keep me going. Small successes prove future success is possible. I am progressing, even on my experimental practice site.

I am hopefully going to ignore WA and my site today, and just read. I'll get to anyone's comments tomorrow!

Reply Like Like You like this
sdawson Premium
Happy birthday and interesting post. Stuff like that I treat like "water off duck's back". Some people can just be mean and it doesn't bother them. I hate that this happened to you. Most WA members go out of their way to be nice and helpful - that's great to know.

Everybody needs some time off to recover, to recharge the batteries, so enjoy the rest of your day.

Concerning people it always saddens me that some people get their kicks from being unpleasant and disruptive, They see kindness as a form of weakness. I do not let people get to me, it is water off a duck's back. They are not worth the effort and should be ignored. If they are ignored, like a burning match, will fade to nothingness. Be brave and thick-skinned, eventually, they will get bored.

I admire your courage. Try not to let them get to you. Some people are so poor in taking criticism. Keep note of these and don't help them, they are not worth the effort.
Have a nice rest of the day, enjoy your dinner, and more than that, Relax.

Reply Like Like You like this
SondraM Premium
Rochelle, Happy Birthday!!!! Congrats on $27 earnings on your Amazon account. That is awesome commission for Amazon. It may not buy a house but it will buy a huge bag of normal cat food. (vs. the gourmet stuff. )

I love the horse picture that you included. It made me smile.

I am glad that it made me smile because I really don't like reading about nice people like you feeling like you have been bullied. I'm not sure that I understand what kind of sad/angry people that we have here that is doing that.

Hopefully they will go away soon. People with bad attitudes have a hard time succeeding at managing their own time much less being ambitious enough to grow a successful business

I am glad you took some time off this weekend for your birthday.

Reply Like Like You like this
ShaunnaLynne Premium
HAPPY BIRTHDAY!!!
While I want to apologize for the bad behavior of others, your post has led me elsewhere...
GOOD FOR YOU!! You are you, comfortable, kind, and live your truth!!
So Happy Birthday, and CELEBRATE who you are!
Shaunna 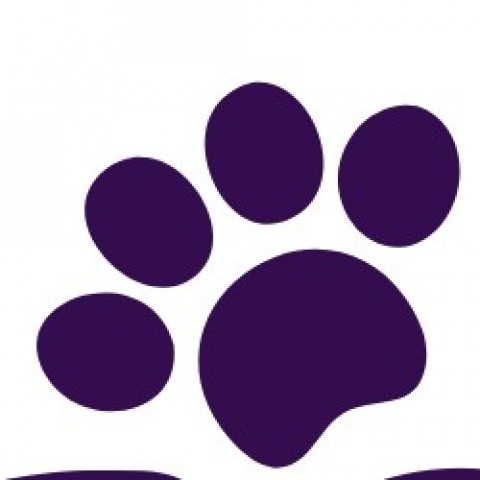