Do I need to put these plugins?

I recently changed my theme. The one I had was too bland. I changed it to a "Valmiki" theme. It looks so much better than the one I had. I would like to stay with my new one (Valmiki, I love the black background, colors pop out so much better).
I keep getting this suggestion to add the following plugins.
"This theme recommends the following plugins: 1. Contact Form 7, 2. Elementor Page Builder, 3. WPKoi Templates for Elementor and 4. WooCommerce".
Before I do add these suggested plugins, I want to make sure I am not doing something wrong.
First, I am not sure what the 4 plugins are (any help explaining what these plugins are would be greatly appreciated) and do I really need to install them?
All you guys are the best. Thanks for all your help. johnny

Write something…
Recent messages
bigrog44 Premium
If you think you need the plugin, then use them. Be careful about adding too many plugins. I had to erase some plugins off of one of my websites.

Reply Like Like You like this
feigner Premium
if you didn't need them in your other theme then why now.
contact form7 maybe yes -create a pretty contact me page.
elementor and templates - unless you want to get into page building ( you may in the future, but leave that until you get a bit of traffic or want to ( have the time to ) create a landing page) and as for woo then unless you are selling things on your site - don't worry about that one.
good luck
phil

Reply Like Like You like this
johnnyfaulk1 Premium
@feigner
Hi Phil, thanks for your input. I was kind of thinking the same way. "Do I really need to add these now?" I am not at that point yet. I don't need to start adding stuff I don't understand yet.
The only traffic I am getting now is requested comments. I have not added any affiliate programs yet or any ads. Still learning.
I am trying to build quality content for now. The other stuff will come as I learn more.
Good advice.
Thank you,
johnny

Reply Like Like You like this
johnnyfaulk1 Premium
@feigner
Hi Phil, are you a cat person? We have two little darlings named Sassy (Her name fits her, she loves to talk) and Calle. I love them so much.
Thanks, johnny

Reply Like Like You like this
feigner Premium
@johnnyfaulk1
yeah, like animals, but cats fit the lifestyle - allowing them free reign with a cat flap.
only got one at the moment - he adopted us about 9 years ago when he licked a tin can lid and cut part of his tonue off. His face was covered in blood when we found him sitting in an armchair, he was examined and they said he had cut his tongue - a nice crescent shape cut from the side of his tongue and lost a bit of the tip.
after getting him done, as he was starting to spray in the house, bringing him back, we let him loose - he disappeared for a couple of hours then crept back into the house and he stayed ever since.
at about a stone in weight he is a big cat, but more of a woose cat at the moment, a gentle giant.
but it is nice to have him as my boss at the moment.
Yours sound like fun, Alfies voice doen't fit him - he sqeaks more than meows.

Reply Like Like You like this
ricklawson Premium
I forgot to mention it really depends on how you want your site to look and react , then choose your plugins to suit your needs. Hope this helps ?

Reply Like Like You like this
ricklawson Premium
Contact form is used to create a form to collect information , usually email addresses from visitors, elementor is a free wordpress drag and drop editor, woocommerce is a store builder plugin the WPkoi templates are extra templates to use for Elementor , you can just google the plugin name and get lots of information on them , then you can decide if you want or need them before installing them .

Reply Like Like You like this
johnnyfaulk1 Premium
@ricklawson
Hi Rick,
I love the fact that when I am not sure or know what to do next is all I have to do is post a question.
Within minutes I get an answer from helpful people like you. Thank you, brother.
Thank you for an explanation of the plugins terms. I will Google them to get a better understanding. Your advice helped tremendously.
Thank you so much, Rick.
johnny 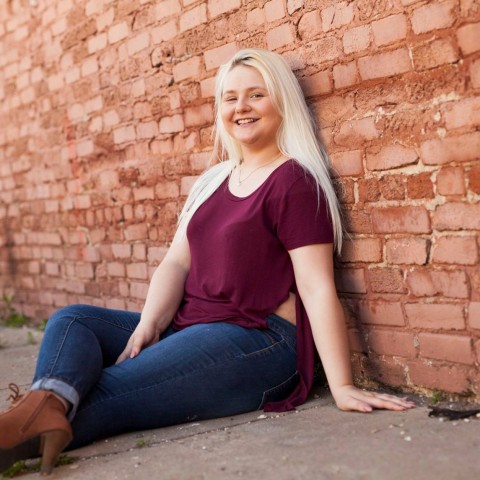