(Nov. 4) -- A NASA spaceship ventured this morning to the dusty edge of a bizarre comet, snapping crystal-clear pictures of its strange shape and bright jets.  Scientists and engineers in the spacecraft's control room at NASA's Jet Propulsion Laboratory in Pasadena, Calif., oooed and burst into applause as the spacecraft beamed down the highly anticipated close-ups of Comet Hartley 2. Some exchanged hugs and gave each other high-fives after the arrival of the photos, three years in the making. The five pictures beamed back to Earth so far show an object just over a mile long and shaped like a peanut, with glowing plumes of gas erupting from the surface. The images baffled and delighted scientists from around the world, who pounced on the rare portraits from space. Such detailed pictures have been taken of only four other comets.

NASA / JPL-Caltech / UMD
This close-up view of Comet Hartley 2 was taken by NASA's Deep Impact spacecraft during its flyby of the comet Thursday. It was captured by the spacecraft's medium-resolution instrument.
By the time scientists finish poring over the data, "I am convinced Comet Hartley will have increased our knowledge of how comets work by at least ... a factor of 10," the mission's chief scientist, Michael A'Hearn of the University ofMaryland, said at a post-flyby briefing. "This is the type of moment scientists live for," NASA comet expert Donald Yeomans said in footage broadcast live from the control room, marveling at the "oddly shaped" comet. "Scientists often think of celestial bodies as roundish. This obviously is not roundish. ... Mother Nature has yet again pulled the rug out." The photos will help astronomers unravel the secrets of comets, balls of ice and dust that are remnants of the outer solar system as it looked during the good old days 4 1/2 billion years ago. Hartley 2 is especially interesting because of its shape, small size -- roughly one-eighth that of the celebrated Halley's Comet -- and frequent jets of gas. Hartley 2 is "hyperactive, small and feisty," Yeomans said.  The new pictures reveal finely grained material that has gathered in a valley in the middle of the comet, said the University of Maryland's Jessica Sunshine, a scientist working on the mission. The ends of the comet are rougher terrain. They're the source of the jets, which seem to be coming from deposits of dry ice rather than from stores of regular ice as scientists had expected. Then there are the mysterious "clumps" that speckle the comet. "We have a lot of work to do to try to figure out what's going on here," Sunshine said. The spaceship, known as Deep Impact, made its closest approach to the comet at roughly 10 a.m. EDT, barreling past only 440 miles from Hartley 2's core. The speed of the flyby was some 27,000 mph. The cameras aboard Deep Impact have taken snapshots of the comet for the last two months, clicking away as the ship closed in on its quarry. The photography will continue for another three weeks or so, creating the most extensive record of a comet ever created, NASA said. The flyby was a triumph for Deep Impact, a middle-aged spacecraft that was supposed to have been turned off years ago. The ship accomplished its intended mission, a visit to another comet known as Tempel 1, in 2005. At that point NASA had nothing else for the spacecraft to do, and it was put to sleep.
But NASA managers quickly realized there was no point letting a perfectly fine spaceship go to waste, so they woke it up and ordered it to chase down a second comet. With its successful rendezvous with Hartley 2, Deep Impact became the first spacecraft to visit two comets. Its visit to Hartley 2, combined with the cost of a second post-retirement assignment to look for planets around distant stars, will cost a total of $42 million. That's "a darn good bargain" equivalent to about 10 percent of the cost of mounting a new mission, NASA- science chief Ed Weiler said at a media briefing after the encounter. "I'd like to do that again." He said NASA is considering yet another new assignment for the hardworking spacecraft.
Note: The above content is observed and copied via AOL.com
To Our Success!
Join the Discussion 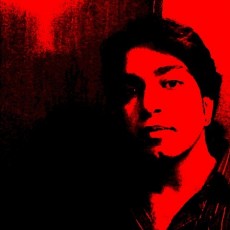