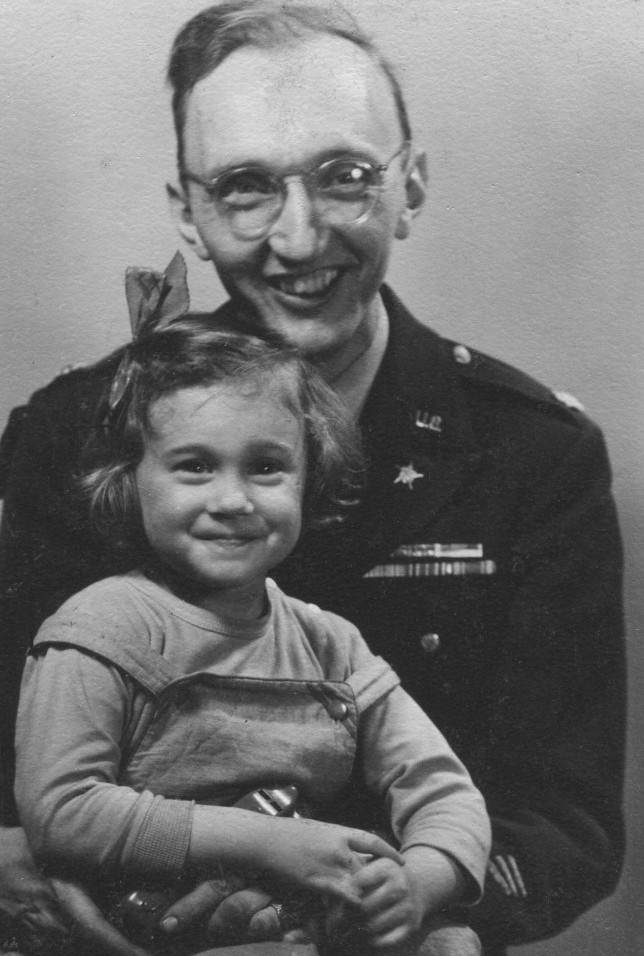 This photo is after my father got back from the war and I was a year or two older. During the years he was in China and India while I was a toddler, my father wrote me long letters. Here is a selection from one. I don't know what eventually happened to the scroll.

You have been blessed by the Dilowa Gegen, a Living God of Outer Mongolia and Tibet. He is a lovable, mild gentleman of fifty or so whom I've visited from time to time in the office of my friend Mac Fisher at OWI. The khutukhtu or Living God is one of the highest ecclesiastical authorities of lamaist Buddhism. In the flesh, he is of medium height; pockmarked not unattractively; gentle, sweet, and serious in speech — Chinese, which is fluent, in his talks with me; directly and refreshingly polite; and cheerfully modest and serious about being God. I showed him your picture and he admired you. Then I asked him to write you a scroll.

He complied, after mimicking the sounds of your name, by writing your name on the right and his own in the left in Mongol, adding his seal on the left in Chinese. The text in the body of the scroll consists of good wishes — which from a Living God are blessings — in Mongol and Tibetan. We had to clear a large table for him, so he could write artistically. He unfolded a remarkable pair of collapsible spectacles from a tiny case, and took about forty-five minutes to write the scroll.

Dear good little daughter, I love you intensely, happily, and with joyous fatherly devotion. I look at your pictures every day, and yearn to have you near me. I write these letters so that you will be sure sometime to know you have been loved and admired, from the fortieth minute of your life, by

Write something…
Recent messages
Wilslynara Premium
How very sweet! Thanks for sharing

Reply Like Like You like this
megawinner Premium
I can feel the love of a doting father tingling with warmth and affection for I too is a father. You are truly blessed. Florentino 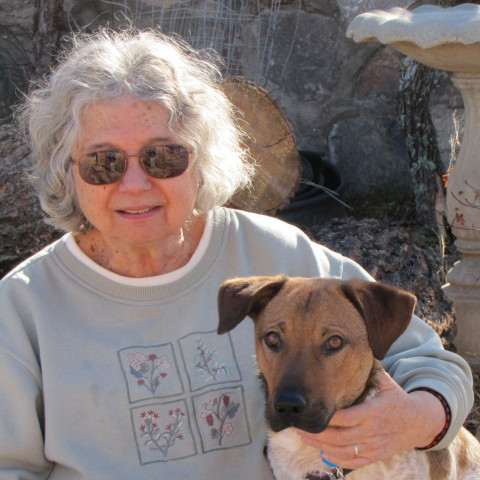