Any TikTokers In The House? Do You Even Know What TikTok Is?

I joined Tiktok at the end of December but I didn't do anything with it because I honestly couldn't figure out how it works, But I was watching videos on there. The majority of videos on Tiktok are childish and sometimes just ridiculous.

But occasionally you do come across a video that could teach you something. So, after I figured out a few things like how to use hashtags, I recorded a few videos and posted them.

They did not perform well at all, I got like 20 views, and the one that got most views had 40 views. Anyway, I followed a guy who lives here in Greece but he is from Kenya. He does his videos in Greek, and in one of his videos he said that he had tried doing videos in English and got very few views.

Yet when he does videos in Greek, he gets thousands of views within hours of posting. I commented on his video asking him if it could be the hashtags he is using, he replied that on Greek videos he doesn't even add hashtags.

So I decided to try his theory. Despite the fact that my Greek is rubbish, I decided to record a video in Greek. I understand Greek and I even read Greek but talking is another matter. Well, the video I recorded was 48 seconds because to be honest I don't think I can do a 15-second video, that's just too short for me.

Anyway, within 24 hours of posting the video, it had received 10k views, and likes and so many comments, and my following had gone from just 11 followers to 250 followers. That was last week, since then I have posted more Greek videos, and my followers are over 1k and I have 12.5k likes.

My Tiktok analytics say my video views is 97.7k in the last 7 days, my first Greek video that I posted last week now has 50k views. 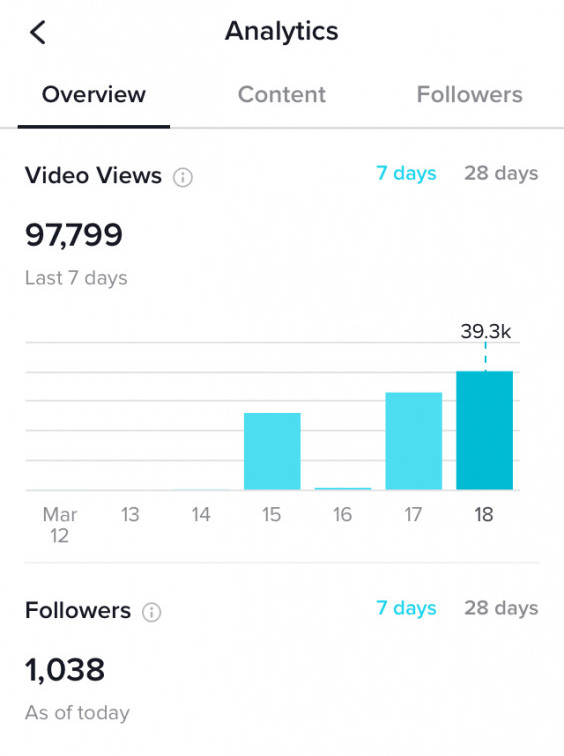 But Do These Numbers Mean Much When It Comes To My Blog? Probably Not

I think the TikTok algorithm, is designed to show your content to people who are in your location first and if you don't get good response from there, then your video will flop.

I have noticed after the video got the first 10k views, then I started getting comments in English which means it was showed maybe to people who are in other countries but I guess since it was in Greek it's only people who understood what I was saying that responded.

Plus since I started the video by saying that my Greek is not that good, that is why they were responding in English.

Majority Are Young People As In Very Young 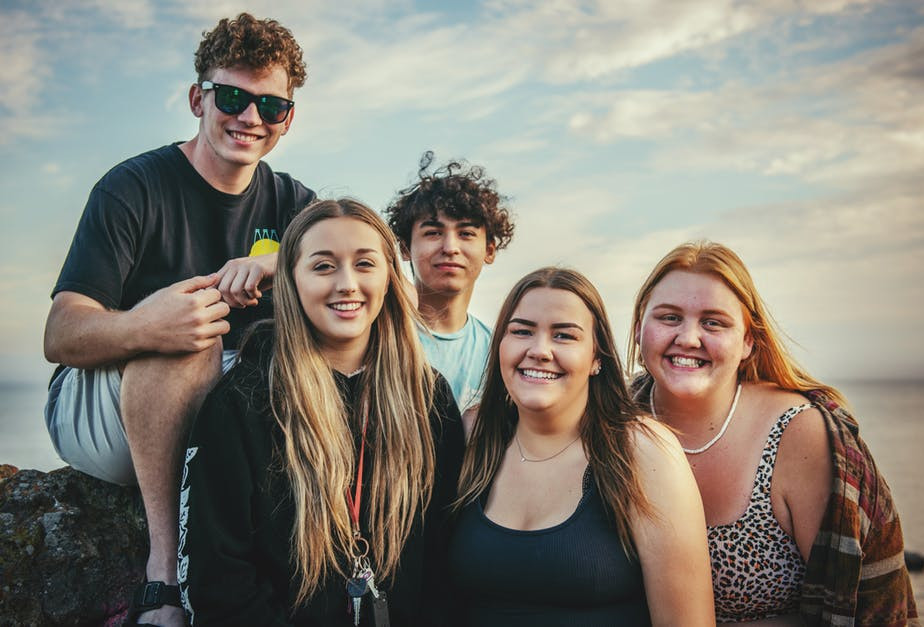 The other problem that might make the numbers mean nothing, is the fact that most of those followers I have are very young people mostly school kids so, as far as business is concerned, I don't think I will gain much. The majority of Tiktok Users are young people.

And actually the older Tiktok users have their own hashtags that they use, because the young people think old people can't use Tiktok lol, so they use hashtags that anable them to support each other, to show the young crowd that they still got it lol.

I Tried A different Strategy But Still The Results Were Not That Impressive.

So I decided to test something else, I recorded a video in English, and I used Hashtags like US, UK, Australia, Because I thought maybe by using such hashtags, my video will be showed to English-speaking people.

That din't work either, The video has 800 views and I think those are from my Greek followers who are just curious.

All my older videos have more views now too but again, I think that's just my followers checking out my old videos.

I Did Manage To Get 15 Subscribers To My YouTube Channel 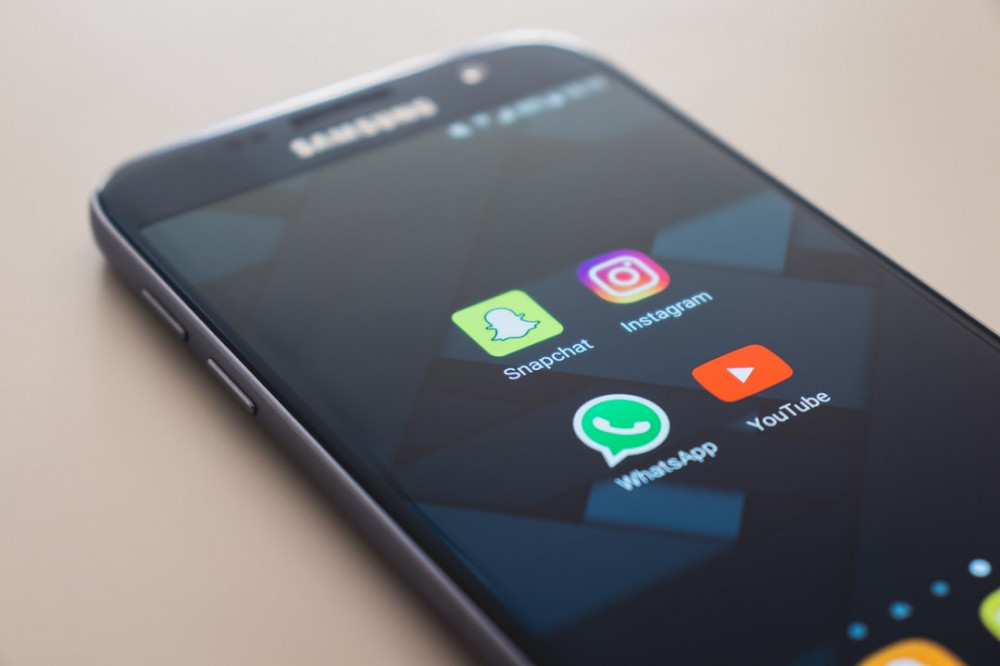 Well, I was able to get 15 subscribers from all that effort, so I guess all is not lost. I will continue to create videos and grow my following, and maybe somehow I will be able to penetrate the English-speaking Audience.

At the moment 88% of my followers are from Greece, and Cyprus. Which means in order for me to keep them, I need to keep doing Greek videos, I guess it will help me practice my spoken Greek. 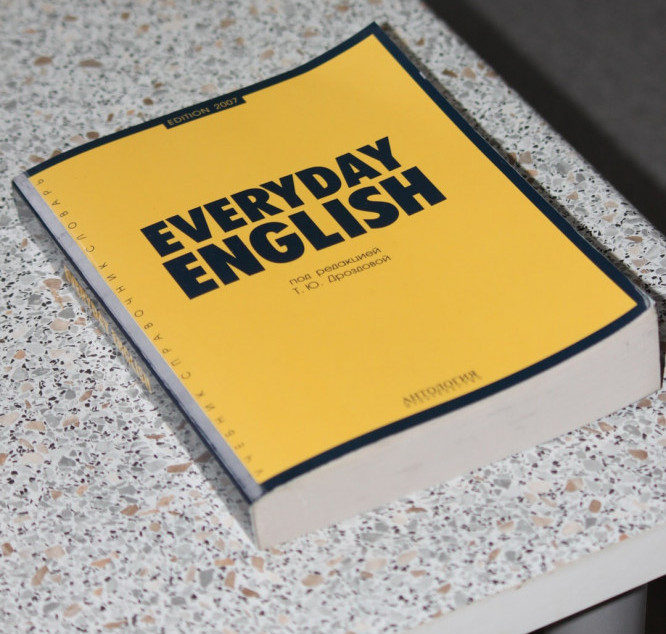 You can use Tiktok to grow your YouTube channel especially if you live in English-speaking countries. The good thing with Tiktok, is that it's very easy to use and you just post short videos so it really doesn't't take too long to record.

But you do need to post frequently at least 5 times a week. Now, I understand that there has been mixed feelings about Tiktok, but there are billions of people on there and the number is growing every single day.

So in my opinion it's a great place to find people and to get your brand in front of many people. Celebrities have discovered Tiktok and they are joining every day, Kim Kardashian just joined last week.

And other celebrities are there too, so it means that TikTok is not a joke anymore.

For me I really don't know how it's going to work out but I will keep trying.

The Tiktok app has been downloaded over 2 billion times worldwide. And it's still being downloaded even as we speak. Its popularity is growing, every single day. I do have to admit that most videos on there are, as I mentioned earlier, are just people goofing around.

And also lots of pet videos and baby videos, and those always go viral within hours.

In my opinion, TikTok could help you grow your YouTube or Instagram accounts, and if you join their testers program you will be allowed to share your blog link on your bio too.

The testers program is still a mystery to me so I have not joined it because I am not sure what I will be getting myself into by joining the Tiktok testers.

Anyway, I am done with this, and now I would like to hear your opinions. Are you are Tiktoker? if so, have you found success on the platform? which country are you tiktoking from?.

Please leave your comments below

Thank you so much for your time.

Write something…
Recent messages
MiaL Premium
I think I might give TikTok a try. I will need to think of a way to make the videos short and fun. I feel way too old for TikTok but I've seen others have some success with it :)
Cheers
Melissa

Reply Like Like You like this
Ropesa Premium
@MiaL
No one is too old for TikTok, yeah the youngsters do consider anyone over 20 a boomer thats what they are calling people they think are old, but who cares.
Its all about making your brand known. TikTok is a good source of free traffic, especially to your YouTube and Instagram accounts.

Reply Like Like You like this
Sui_generis Premium
Your numbers are interesting. Who would have thought that doing a video in Greek would have made that big of a difference. Keep it up and see where it goes. Can't hurt.

Reply Like Like You like this
Ropesa Premium
@Sui_generis
Yes, I just checked and my first Greek vied is on its way to 100k views. We shall see how it goes.

Very interesting post, I am seriously considering using TikTok to grow my audience and maybe convert them to sales. The good thing about TikTok is that organic reach is still very high.

I think you should post 1 to 3 videos per day consistently and try to focus on your niche only. 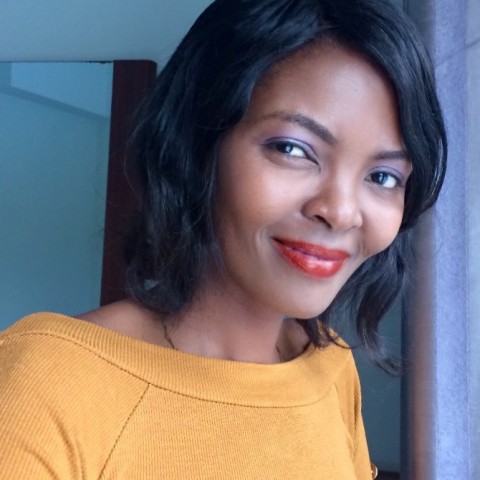