"If you really make money with this, why would you teach it to others?"

Have you ever heard this skeptical question / argument,

"If people would really be making money online, why would they teach it to others? They only make money by teaching others how to make money. Stay far away from gurus!"

Even though that sounds like a logical argument, it's complete nonsense. I've read and seen that so many times that I wanted to take a few moments to go through that today.

I know that a lot of you are working in the "make money online" industry helping others to get started also so let this be an inspiration for you as wel.

First of all, that argument pours from a worldview that if you know something great, you would not want to share it with anyone.

Just keep it to yourself. Why help others if you're already successful?

Well, that's one way to look at the world. Just live for yourself.

But I think that's not a way to fulfillment. Once you die, your knowledge and success would die with you.

What if instead you share your success and "secrets" with people? You can help and inspire others to achieve great things too.

We Need Coaches and Mentors

Think about a football team without a coach.

Think about an ice hockey team without a coach.

Think about a world record breaking athlete without having any coach.

Why would it be different with other aspects of life?

One way is to learn through trial and error but we all know that by learning from someone who has already done it is much faster.

And even the greatest athletes have coaches. Their coaches are not on the same level that they are but they still help them.

I remember when I was playing chess actively.

I have had 2 chess coaches... Over time I became a much better player than both of them but still practicing with them helped me to improve my game.

You see that coaches don't even need be to be better. Sometimes people just need that "extra push" to do the things. We need daily reminders to do the right thing and give our best. 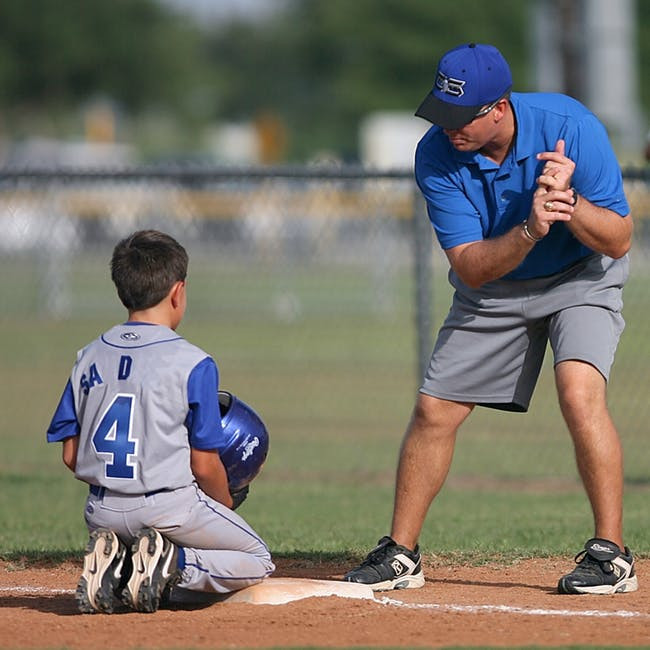 What got you started and interested in making money online.

I guess you saw someone who was already doing it and then you got inspired that you could do it too.

When I joined Wealthy Affiliate, I didn't know personally anyone who would make a living online. This was a completely new world for me.

Then I saw Kyle, Nathaniell and others who had traveled the world while making money from their laptops. I realized it would be possible for me too.

If I would have never seen people making money online, I wouldn't probably had even realized it's possible.

One of the persons I highly admire is Grant Cardone. I don't probably agree with everything what he says but his work is truly unique.

The guy has a net worth of hundreds of millions of dollars or a billion and he's over 61 years old. He has a private jet, beautiful wife, 2 kids and basically everything a man could desire.

He could comfortably retire and live a comfortable life not working a second in his life anymore.

But instead of retiring, he records his life and inspires others to get to the next level. Still people criticize him for "showing off", lol.

I guess not many people know personally so successful people such as Grant Cardone. Now we have a chance to watch his life and realize anything is possible for anyone who works hard and goes all in.

Imagine a world where people would share their knowledge, learning experiences and "superpowers" so that everyone can benefit.

Imagine if we human beings could collectively help each other to make our lives better.

Imagine a world where every human being is part of one big team. When one person wins, everyone celebrates together.

Imagine what it would do to our quality of lives.

I think the level of progress in the world would skyrocket and everything would grow faster than ever... 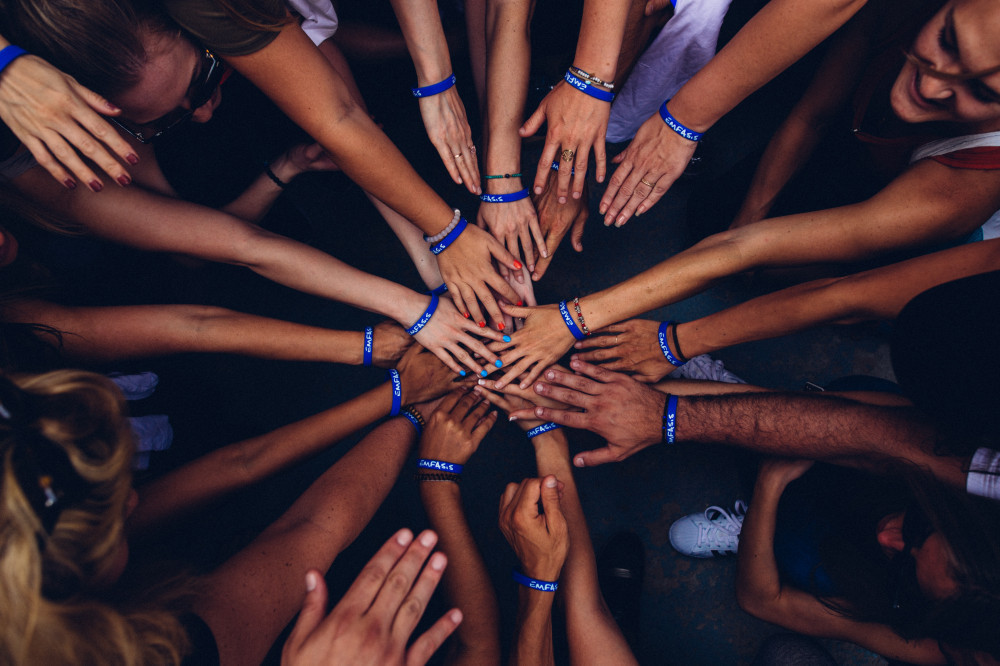 You have something that others need.

Instead of keeping the blessing just for yourself, share it with others.

Have a killer weekend!

Write something…
Recent messages
LDSewell Premium
What a great topic and excellent information. I have read through all comments so far - and your post has started some good conversations.

My philosophy is one of helping other people learn specialized and useful information that can help them set and reach their own goals - and I teach what I believe - you are responsible for your own success or your own failure in this world ultimately.

I have never known anyone in any field to achieve any sustainable significant success any other way than by accepting personal responsibility for their own results and then doing the work to get to their goals.

You can, and in my opinion, should do everything you can to inspire, motivate, teach, mentor, consult with and coach your students if you decide to teach and train other people - but you should also teach them THEY are responsible for their own results. To do less is enabling them to fail with excuses and leads them to the false belief that someone else is responsible for their results - and that is a lie.

Over the years I have trained thousands of students. Many years ago I used to wake up in the early morning hours in a cold sweat with my heart pounding out of my chest because I was worried about one of my students - then the first thing I would do when I got to my office that morning would be to call them and check on them.

I had to learn to let that go.

To make sure I had done all I knew how to do and the best I possibly could, and to be sure that they knew how to seek out additional help and support if they ran into any problems - and beyond that, it was then on them.

Many of my former students have gone on to become instructors, trainers, and mentors. The best among them are the people who genuinely care about other people, and they get a deep sense of satisfaction from helping other people. The money they earn is nice - but it is always secondary to that.

Reply Like Like You like this
santuna Premium
I also did ask that question to an old man, a coach, who was teaching people be wealthy. And he was wealthy man himself. His answer was: "I am not an American. You can't understand it. because you are American." Actually he was born and grew up in Vancouver. That Kyle-guy, the Wealthy Affiliate founder is also Canadian, but twice younger than that Old Man. That fact seams to me kinda puzzle.

Reply Like Like You like this
TDomena Premium
I’ve heard the argument many times. They say “if he’s so successful, why is he making a course about it, he must be successful on the back of others buying the course”. I agree it does make sense, but I’m like you, I appreciate people who are willing to share.

For some reason, coaching is under appreciated in this industry. I know it’s partly because of all of the scams, but aside from those, some people are still very hesitant to invest in themselves. You make a great point about how it helps you get to the next level quicker—that’s why I love paying for coaching.

Reply Like Like You like this
marchanna Premium
@TDomena
Paying for coaching about what exactly? People can invest in themselves without doing that, so I think it's not unreasonable to ask for elaboration on the correlation you suggest ;)

Reply Like Like You like this
TDomena Premium
@marchanna
I pay for coaching on any area I really want to improve. I’ve paid for marriage counseling, parenting classes, and coaching to help me grow my internet marketing business.

I’ve been in all kinds of coaching because I think it’s important to have good advisors for any path you want to pursue.

Basically, I think it’s important to learn from experience, knowledge, and to have accountability.

Reply Like Like You like this
TDomena Premium
@marchanna
I’m not saying coaching is a silver bullet but it can help to connect with someone experienced, then it’s easier to understand how they overcame challenges you might be having and how you can implement the habits it takes to be successful in your pursuit.

Reply Like Like You like this
marchanna Premium
@TDomena
Nice, thanks for sharing. It's true that without guidance in certain areas, it's tough to make a go on one's own!

Reply Like Like You like this
TDomena Premium
@marchanna
I agree. I feel like you go from 5 to 100 mph when you have mentor ship. It’s not going to help if you’re not trying to go at all, but if you’re going, and you get a coach/mentor, you definitely go faster.

I learned this principle from the book of Proverbs in the Bible.

Reply Like Like You like this
Coraliej Premium
You are right, we would be nowhere without a coach. I played sports all my life and I learned so much just from watching, listening and then trying.

I think that WA is much like that. You do all your own work, but coaching help is always available.

Reply Like Like You like this
AlexEvans Premium
Hi Roope, I think to a degree that is the change that is happening. people are sharing information and systems. the technology is out there for all who want to partake.

The interesting thing is that the real deals seem to be so cheap and priced at an incredible value. Take WA for a shining example or Udemy.

The high valued high priced leave no one behind, platforms and systems, seem to be hard-pressed to pump-out, lookalikes.

It is interesting that you mentioned mentors and coaching, they can indeed help and I think that is when you get that ripple effect happening, we are helped and in turn, we help.

In that situation, if we add that knowledge to our own kit bag we will at days end surpass the teacher just as our students will surpass us.

Some of the guys in this space just give so much value, if we take their lead then we will evaluate our positions by default.

There are a couple of guys around these parts, for whom I have the utmost respect namely Kyle and Carson. two of the best role models that I have come across in this space.

Thank you for sharing your thoughts, Roope another sterling and thoughtful, post.