HIGHEST USD Inflation Rate for 30+ Years! Do You Have a Plan B?

During my lifetime the USD inflation has never been as high as it is right now.

It means that USD is losing value at a MASSIVE RATE.

USD is collapsing in front of our eyes.

The same is happening all around the world... In Europe, South America, etc. Record inflation rates all over the world.

"Official numbers" are showing over 6.2% inflation for the USD but everyone who has studied the economy knows that the real inflation is currently closer to 15%.

Every Government Currency Has Gone to 0

We can learn from history that every single government currency similar to USD/EUR/AUD/etc eventually goes to 0 and loses all of its value. 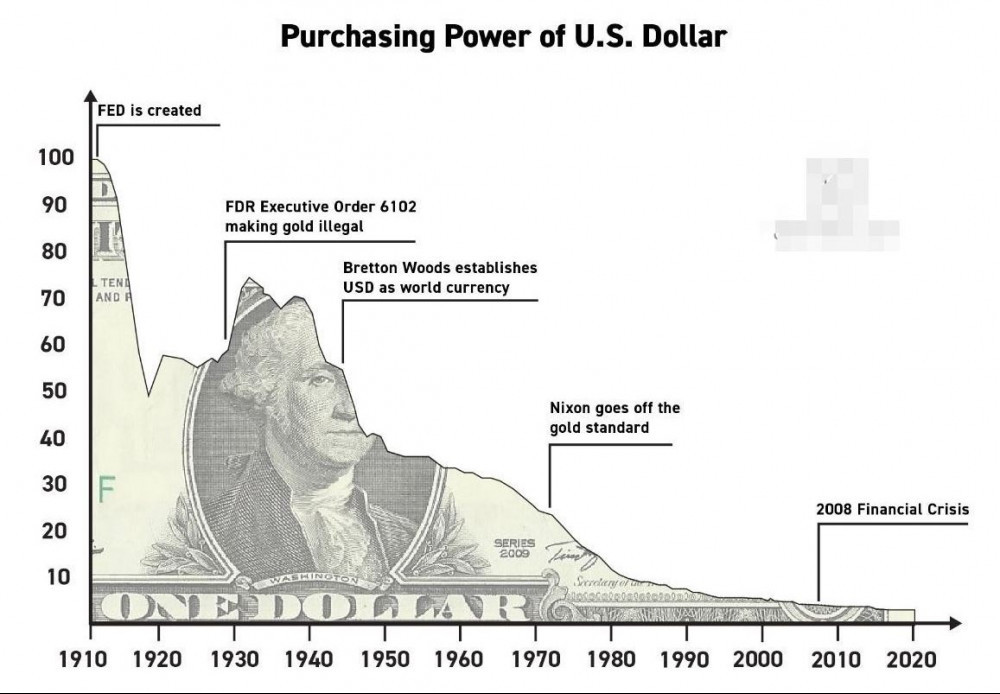 That's why people say, "Only hold in USD what you're willing to lose completely."

The experiment of government currencies is relatively new in history but the failure rate is 100%.

There have been a few hundred different government currencies in history.

All of them have ended in hyperinflation and the price eventually goes to 0.

You don't need to be a prophet to know that eventually, USD is going to lose all of its purchasing power like all the other government currencies have done in history.

Do you have a plan B?

Now that inflation rates are getting out of hand, every smart person should ask himself, "What's my plan B?"

If you are not getting a significant raise every year in your salary, you're getting poorer due to inflation. What's your plan B?

Building an online business is of course a great option.

But where do you put the extra money you get from your business?

Everyone who follows my content knows what is my Plan B.

I trust in math.

I put my liquid assets in money that is backed by math and the strongest computing network in the history of the world. That's my plan B... 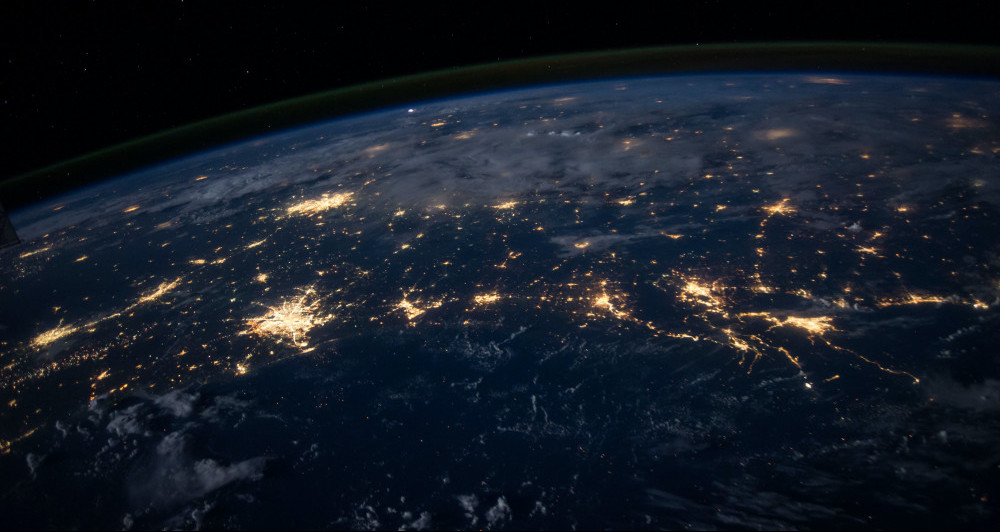 Just to give you a little bit of perspective.

The money that is backed by the strongest computing network in the world has a hash rate of over 150 quintillion hashes per second. According to a research team at the University of Hawaii, there are about 7.5 quintillion grains of sand on the earth.

=> This computer network performs every single second 20x as many hashes as grains of sand on the planet.

And of course the strength of this computer network it's growing ultra-fast because millions of people worldwide are contributing to it.

The world has never seen anything similar before.

Corrupt politicians/media obviously hate this because it gives power to the people and we can now opt out from the collapsing USD system.

Now people have a way to preserve their purchasing power in an effective manner that didn't exist before. 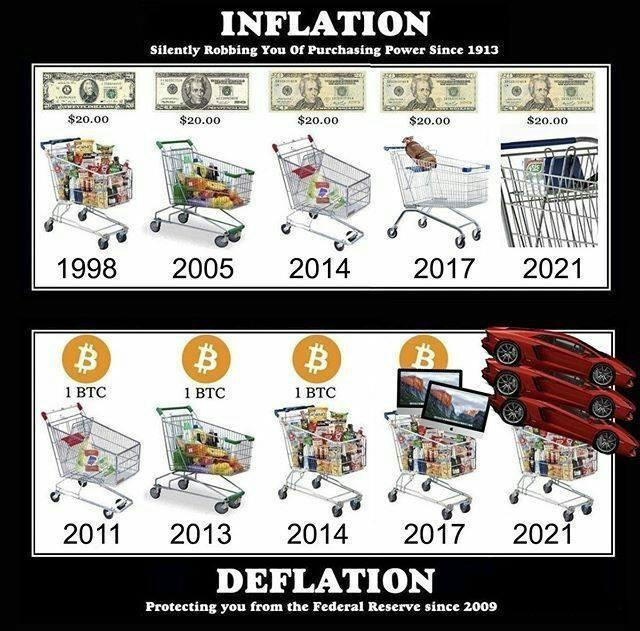 Everyone is free to do what they want with their money.

But the question arises...

The monetary policy of every country has been unstable. You never know how much new money they are going to print next year.

But when the monetary policy is backed by math and the strongest computer network in the world, you'll know for 100% certainty what's going to happen next year, the year after that and even 100 years in the future.

PS. I'd love to hear from you.

How do you secure your purchasing power when the dollar is collapsing like crazy?

Write something…
Recent messages
Bootcamp20 Premium
I'm starting to see commercials in reference to crypto currency. Something is happening and I'm thinking that we are heading in that direction big time. I was asked also if I was ready for crypto. I couldn't give a straight answer simply because I don't have clear understanding as to how it really work. Still trying to read some info on it but still it is not quite clear to me as to how to work it. 😎🤔🤔😎

Reply Like Like You like this
wendyg53 Premium
@Bootcamp20
I read a book once that described the blockchain as a giant ledger, like a checkbook that hundreds, or thousands, of entities, are adding transactions to around the clock, and double-checking each other to make sure everything is correct.

They also must vote and reach a consensus for any changes or upgrades to the blockchain. (There is no CEO or central figurehead to make final decisions). This is all done by special software on each computer on the blockchain/network

The uses for this are limitless. Manufacturing supply chains, concert tickets, social media sites that are no longer controlled by one person or entity. And of course, Decentralized finance where you can go onto a DEX (Decentralized Exchange), deposit with the coin of your choice, and collect an APY that is much higher than traditional banking.

You can do all of this without ever walking into a bank or dealing with unfriendly employees who don't know what they are talking about anyway.

It's called staking and that's a whole new topic that I won't go into now. I currently stake a coin called Algorand and I receive an APY of 4.00% I cannot get an interest rate like that anywhere else in the "real world". At any time I can convert these coins to USD if I am so inclined.

You can also borrow money on a DEX as long as you can have another coin to use as collateral.

Crypto is still in its Wild West phase because it's considered new technology and it's mostly unregulated, although more and more companies are aligning themselves with industry standards and coming up with new standards every day. Within the next decade, there will be more regulation and bad actors will hopefully fade away.

One must be very careful and research and trust the companies they are working with. If you ever have a question, you are welcome to reach out to me directly I will help if I can.

The only effective way to learn about crypto is to start buying and trading and watching Youtube videos. 😊

Yes, lots to consider and lots of calls to action.

It's taking the right action steps pertaining to the needs of the person.

And what does the person need?

Well, that is for the person to figure out, to decide upon and to act or not to act upon or choose another option available that would be known at the moment a choice would need to be exercised to suit their need.

And not acting is the same as status quo.

Indeed, we are living in an unusual time.

As such, perhaps, unusual measures need to be taken.

Reply Like Like You like this
Bridges Premium
No doubt. Roopie, digital currency is better than any Fiat money. What do you do, however, when the EMP takes out the net? Or Russian/Chinese hackers do the same? The solution is to get this govt out of office before they accomplish their goal of socialism/communism. Meanwhile put some extra money into food with a long shelf life. Not only will it inflate faster than other commodities, the plan of the deep state is to make it unavailable. I was born 50 years before you were and was taught to "not put all your eggs in one basket". It actually might be a good time to buy some chickens 😊.
Archie

Reply Like Like You like this
hanley Premium Plus
It is a hard sell Roope because it is relatively new technology and takes time to gather adoption. There are currently only about 1.4 million people that own a piece of bitcoin but that will grow. Bitcoin is not at the top in fact it is stall way,way below its potential.
I to walked away a couple of years back believing it had peaked, a very costly decision that I don't intend making a second time.
Yes the crypto market is full of scams but if you stay in the top 100 altcoins there is some guarantee maybe even the top 10 to be sure.
Bitcoin is not going anywhere but up.
Peter H