Let's imagine that you have a time machine and you could go back to the 1970s and travel to Los Angeles, California in the United States.

You walk there and see a random young man whose parents have divorced and he works as a janitor.

Could you imagine that this young janitor right here could become an educator that more than 50 million from over 100 different countries come to see in live events and he makes $7 billion per year?

Could you imagine that this young man whose family had sometimes hardly money for food goes on and donates hundreds of millions of meals to American people? 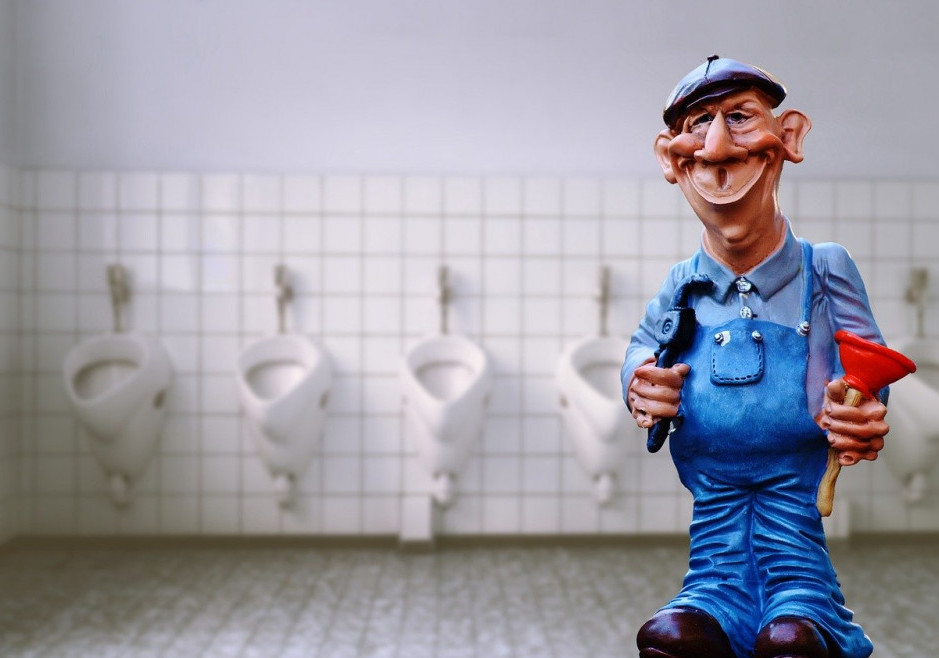 Let me tell you how this young man started his own business.

Only 7 people showed up in a hall of 500 people

This young man was excited to launch his business and impact tons of people. He went to a local hotel and reserved a hall for 500 people.

He expected to fill this whole hall so he started advertising the event.

It was actually a free event where he would then promote his paid services but also deliver massive value for the people who come.

Back then the advertising was much more expensive and time-consuming than nowadays but this young man still did it with the money he had.

The day of the event came and it was about to start.

He was waiting in the hotel that people would come.

Guess how many people appeared in the FREE event in the hall of 500 people after all his advertising efforts? 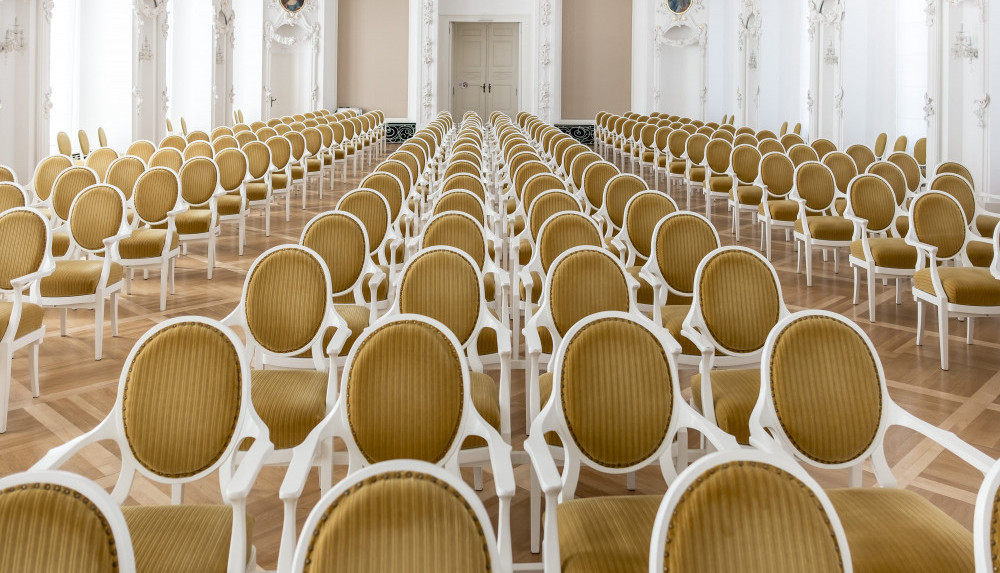 They were scattered all around the hall and that young man felt completely embarrassed.

He had booked this expensive place in the hotel, spent a lot of money on advertising and only 7 people showed up in his FREE event.

Despite his disappointment, he invited those 7 people to come closer so they wouldn't be so scattered in the hall.

He still did his best to provide them massive value since they had shown up.

And some of those 7 people became his first clients.

What Would Most People Do Now?

When most people try to build a business and it doesn't work immediately, what do they do?

"I'm gonna try the premium for 1 month and if I don't succeed with this, I'm going to quit and do something else."

To be honest with you, I also thought like that but I'm glad I changed it because that attitude is a recipe for failure.

If you haven't yet taken Wealthy Affiliate yearly membership for the cheapest price in 15 years, it's time to act now before the price goes up.

What if this young man would have quit after only 7 people showed up?

What if he would have gone back to working as a janitor? 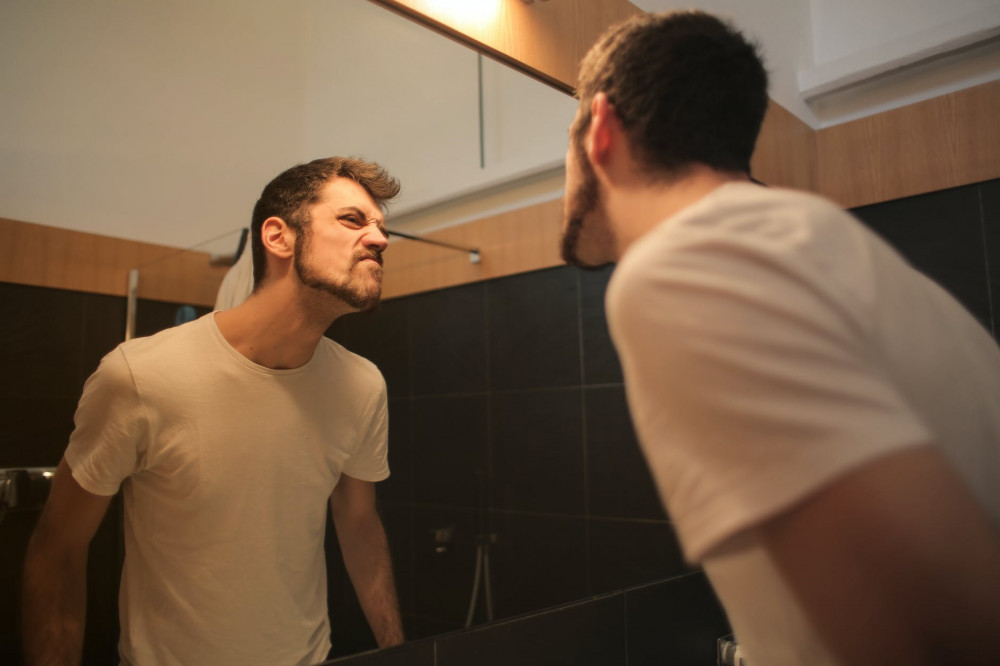 Well, most likely almost nobody wouldn't know today about this man and he wouldn't have impacted millions of people and made billions of dollars.

But he chose differently.

Despite the initial failure (Read: Learning experience!), he continued working and decided not to give up.

Where did that lead him?

Nowadays this man owns and/or is part of dozens of companies.

He makes $7 billion per year in revenue and has educated 50 million people in live events in over 100 different countries.

He has donated 100,000,000's of meals through Feeding America campaign and impacted millions of lives positively through his work.

The list of his merits could go on and on...

The name of the person in this story is Tony Robbins.

He's widely respected and known as one of the best in his field and no one can argue that he has impacted millions of lives.

Why Do I Share This Strange Story to You?

When you start your first business, the chances are that you are not going to succeed right away. At least I didn't. And so didn't this person in the story = Tony Robbins.

The important thing is what happens after you have tried and didn't succeed as you expected. Will you quit or will you keep on going?

If you quit, your life will remain the same.

If Tony would have quit after his first event, he might still be cleaning toilets as a janitor somewhere in California.

But you can never know how far you can go if you just try again and decide that you're not going to quit.

It doesn't matter how many times you fail if you always learn something from it and keep on moving forward.

Have the attitude that you will succeed no matter what.

As a matter of fact, that 10 years will pass anyway.

PS. Do you accept the challenge?

Did you already take advantage of the cheapest Wealthy Affiliate yearly premium offer in 15 years?

Commit yourself for the long haul as Tony Robbins did.

Your future self and future generations will thank you for that.

Write something…
Recent messages
Linda103 Premium
I went for yearly after my first month, it made economic sense but also it meant I was serious about this intended to keep going until I achieved my aims.
Then I took the Black Friday offer last year.
Once you have done a year it is too much time and effort investment to give up on.

Bob Proctor has a similar story to Tony Robbins. Good examples for those of us on the success road. The possibility is there for any of us.

I will not quit until I become too feeble or until I leave the planet. You are stuck with me.

I'm doing a book study here in WA about the book Think and Grow Rich. And I am 99% sure that Tony Robbins read that book when he was a janitor.

One of the lessons is to have unshakable belief that you will succeed. As long as you do the other supporting actions necessary.

Even here at WA, those who are making good money have been working the affiliate marketing business for many years and never gave up.

Sadly so many people have an entitlement mentality and expect to be rewarded for minimal effort.

Thanks for lighting this fire under those sitting on the fence.

Yes indeed I went on the $299 plan. I find it incredulous that Kyle and Carson can offer this program for such a low price, So glad to be here Roope.

Reply Like Like You like this
TDenise Premium
What a great story. I love how you built it up because it shows that there wasn't much hope for him in the beginning, but he had the mental toughness to play the odds. I think that's what it takes to have a rags to riches story. You have to persevere beyond the odds.

I've taken the Black Friday deal twice and went annual three times in total in my 2 years here, and it's been great. Originally, I was monthly in January 2018 when I joined and I hated paying $49/mo. When you're on a tight budget, the $49 takes a lot of mental fortitude. You'll be thinking about how far you can make it go with other things (especially since results with education don't happen overnight).

Going annual just means you save a lot of money (40+%) and you don't think about payments every month. I said to myself, "I need all the training and support I can get" and it's worth $299 or more to get what I need to make my business a success.

Reply Like Like You like this
Sui_generis Premium
I didn't know that about Tony Robbins. Interesting. Many people that came from nothing made it big. I heard it said one time that because they had nothing to lose, they gave it all they had. Sometimes when we have some money, we hesitate to take that chance because we could lose what we had yet we really COULD make it big if we dared to take that leap.

Thanks for sharing his story.