Then in the video they lie in front of your eyes saying, "You can make $500 playing games with this mobile app today!"

Then they repeat that sentence over and over again.

Ryan Hildreth, Branson Tay, Investor channel and many other YouTube channels (read: scammers) are doing it. And it works for them...

By the way, Ryan Hildreth was one of the main promoters of one of the biggest crypto scams called BitConnect. So it's nothing new that these people are lying to you... 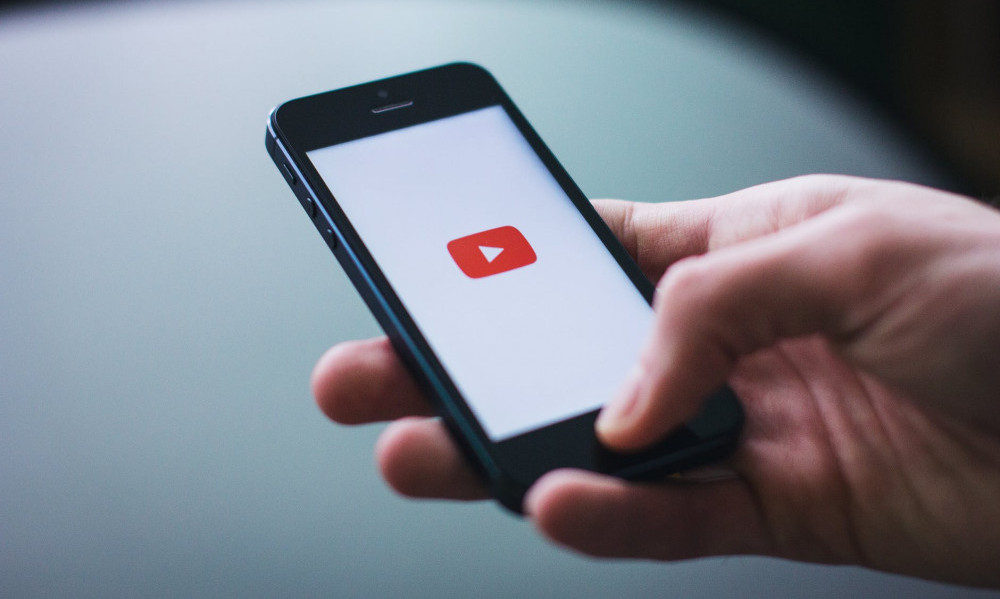 If they have big numbers in the title, there are 3-4 scenarios:

They say, “Make $974 in 5 minutes” and they keep on telling these huge promises.

Then they show a way how you can make $5 per day if you are lucky. And in the end they promote their own program.

2. It's a Ponzi scheme / scam. You can make money fast but it's illegal.

Majority of the make money online YouTubers don’t promote but some do.

For example, several Filipino YouTubers and Ryan Hildreth have been promoting Ponzi schemes.

3. Someone made money because he was lucky (lottery example)

4. Someone earned that money after putting in the work beforehand (BEST OPTION!)

For example, Russell Brunson created a video how he made $3,000,000 gross revenue from his 90-minute speech => $3M in 90 minutes. But obviously he has worked +15 years in advance to make that possible.

Or let's say someone shows how he made $10,000 in a month with affiliate marketing. He has also done the work beforehand.

NOTE! In none of these scenarios a complete beginner will make that money what they promise over and over again without work. 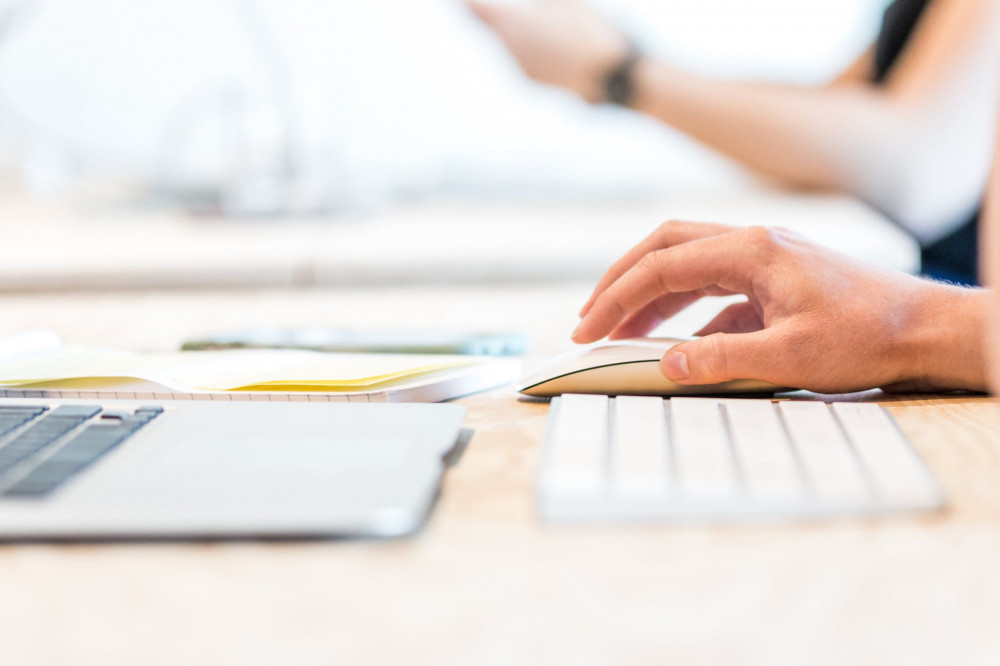 If you see a business strategy, you must ask yourself

"Is this duplicatable? Can anyone do the same that he did and get the same results?"

Can you become the next best basketball player like Michael Jordan? Probably not unless you are extraordinarily tall and you have long fingers.

Can you become the next Michael Phelps and win 23 gold medals in the Olympics? Probably not, especially if you have already passed the certain age and you're not young enough.

Can you make $5,235 in the next 30 days online if you are a complete beginner without any prior experience of this kind of business? Probably not.

There are things that are extraordinary that have happened just for a few persons in the world. You need to work hard and a little bit of grace / luck (Michael Jordan's physique / luck in the lottery, etc)

But there are things that you CAN do to make money or achieve great results in sport. And that's what YOU should be focusing on.

Can anyone make $5,235 per month they follow a proven process long enough? Yes.

Can anyone become a fast swimmer? Yes. (I have a personal story of this but I'll leave it for another time.)

Can anyone learn to throw basketball better? Yes.

There are things that you can do.

If you work hard enough pretty much anything is possible. You may not become the next Michael Jordan but there have been several guys in the NBA that have been less than 170cm tall (=less than 5 ft 7 in).

There is only one Bill Gates or one Mark Zuckerberg but there are 1,700 new millionaires every day (or even more nowadays because that was an old number).

Focus on 1. What is Duplicatable AND 2. what YOU CAN Do!

Wealthy Affiliate has helped numerous people worldwide to make a full-time income online who started as complete beginners including myself.

WA teaches you a PROVEN system that is duplicatable.

I'm tired of those YouTube scammers who promise $210 in the next 60 seconds and I've already recorded a few videos to talk more in detail about this issue to warn people about them.

Now that you've read my article you know that there are 4 different categories where such titles fall on.

PS. I believe that honesty always leads to greater results in the long term. There have been MANY shady online programs in the past that made millions but are now gone. The founders of those are in a big debt after FTC has taken them down and. Just search for MOBE lawsuit or Digital Altitude lawsuit.

I believe that those YouTube scammers will get their "reward" sooner or later.

What do you think should be done?

Let us know your thoughts in the comments below!

Write something…
Recent messages
Navasannie
Those guys made me waste my time for nothing, until I came across one of your videos,I knew u were saying the truth coz money can't just come out easily,I thank God am out of that scam, though am struggling hard ,I know am in right track with wealthyaffiliate,but unhonest work doesn't last for forever,it will all vanish ,so their end will come soon

They will always attract people who have no savvy and new to making money online.

People need to have dreams and sometimes listening to a good sales pitch allows them to live that dream or the realisation of one which is very short-lived.

I'd like to bet a very high % of WA members have fallen for that BS.

It's like we all have to go through it to learn a lesson or 2.

I am currently reviewing one of the most successful MLMs and they are like a cult, and you see it in the eyes of the people who go to these events. Absolutely mind-boggling!

As we know it's only the very top 1% who actually make the real money.

Even if you tell these people that 90% make no money at all, they will choose to listen to some good sales pitch telling them, lie after lie.

If we are caught then we should use this as a lesson!

People can also get trapped in the "Shinny Object Syndrome" Where all these flash ideas and marketing scams get thrown at them like a guy throwing ten thousand dollars at you on youtube. To make it look flash.

Then we get distracted from the core purpose, direction and focus of where our business is meant to be heading. Especially if we buy into it. Or start reading the rubbish they throw at you, wasting time where you could be working on ways to bring traffic to your own legitimate business to create income.

One big thing a lot of these high ticket sellers don't mention or tell us and keep hidden in their lies is the fact that their marketing expenses are HUGE! Pay per click, face book etc.

Plus there is also a lot of returns as well, if a customer buys something and returns it within, I think it's 30 days, they are obliged to give a refund.

In their Videos of Income, they only show, The Gross income, What is coming into the business. Not the Net Income, what is left after all the expenses like marketing and refunds. (PLUS Video Production for fancy videos) - not to mention all the time value as well.

As for what can be done? I don't know, as the internet is so huge there is going to be good guys and bad guys everywhere. Having internet police has sort of already started with some sites and their bots scanning content etc? People will need to be taught the truth from a young age.

Thanks for sharing your experience with scammers, I've known quite a few of those techniques.
I think I have not thanked you, but you are the reason I found WA. I saw one of your Youtube videos and you caught my attention right away. I am enjoying myself so, so, much here at WA. So a big thank you for turning my quarantine around.

Thank you for the great blog post. First of all, I will go with the fourth option as I know it takes time and effort to grow a business, whether it's online or offline.

When I first started out researching Internet marketing I came across many of these scam products. I also purchased far too many of them, I was desperate to learn. If only I could have found Wealthy Affiliate back then I would have saved literally thousands of pounds!

We need to be taught the correct way and Wealthy Affiliate does exactly this!

In answer to your question, when I see headlines with exaggerated figures, I generally ignore, I learnt the hard way!

At the same time, we need to make people aware that there are many scams out there. It's important that we let people know the correct way and the moral way to make money online.

Have a great week Roope.