Sometimes I hear people saying to me,

"Roope, I don't have money for the Wealthy Affiliate premium membership. What can I do?"

First of all, I can understand if someone is a 15-year-old student from Bangladesh and doesn't have an extra $49/month right now.

Not everyone has been born with a silver spoon in their mouth and if you're still very young and hadn't had any work experience, that's understandable. If you are in that situation, I'd recommend that you learn 1 skill and do small jobs on sites such as Fiverr or Upwork to earn money faster. 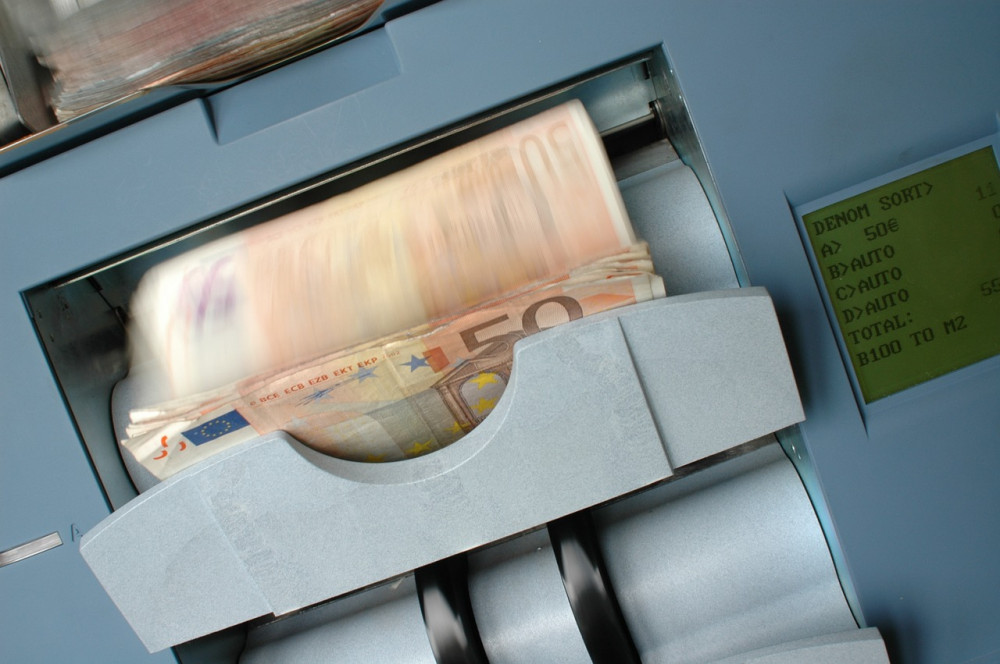 If You Are From a Western Country...

But if you come from the US, Europe or some Western country and you don't have $49/month to invest in yourself, that's something that I can't really understand.

$49 in most Western countries equals to:

In a nutshell, $49 is a very little amount of money for +95% of the people in the Western countries. 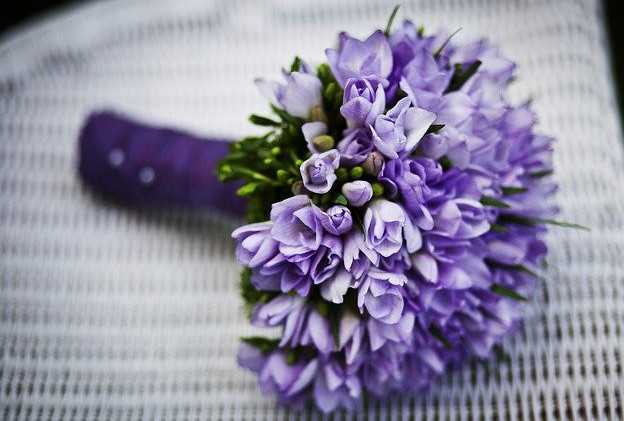 If You Are From Non-Western World?

I love Filipinos and I created videos warning people about those scams.

Can you imagine? That's so sad and it really breaks my heart that those people spent their hard-earned money on a scam.

If many Filipino people had $100's to invest in that scam, I believe many of them would have also $49 to invest in learning a LEGITIMATE way to make money online. 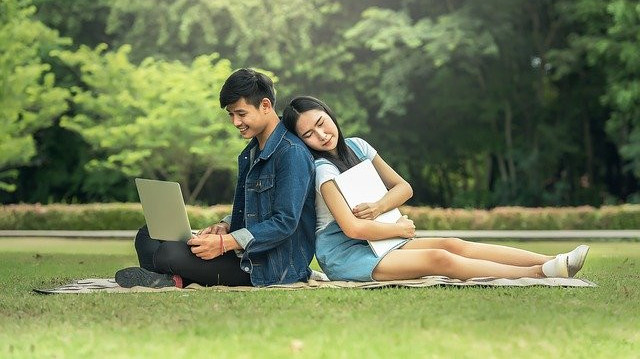 While I can't and I won't promise you any income, I can share with you from my own experience that Wealthy Affiliate helped me to make a life-changing income.

And I've seen numerous other people doing the same. Even though most of them started as complete beginners.

I don't know what making a life-changing income is worth for you in dollars... But in my own case, I can tell that it was worth MUCH, MUCH more than measly $49 for a membership here.

REALITY: Lack of Money Is Not a Problem

Whether the price is

Many people will always say, it's too much. I've seen it even with products that cost only $1 or $2. Some people complain, "I can't get it! I am broke!" 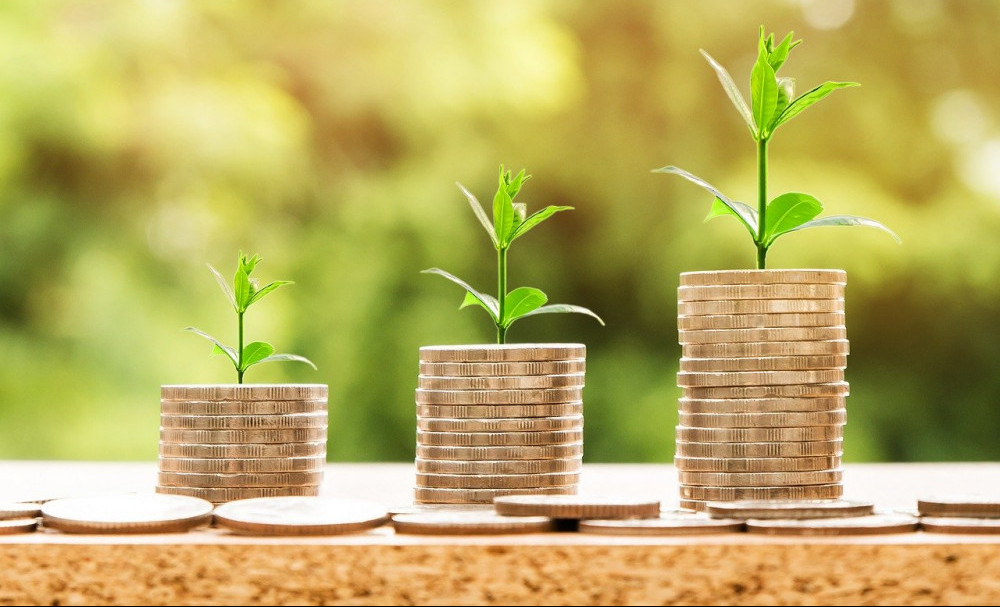 Lack of resourcefulness is usually a problem.

I could list you many examples here about people coming from worse situations than anyone can imagine but in order to make this post short, you can just read how one broke janitor went from $30 in his pocket to running a $7,000,000,000/year empire.

In addition, I could continue this discussion with you on why money definitely isn't even the most important value in life but honesty, love, caring, etc. are more important but that would be a discussion for another post... :)

- Roope "Money is not a problem" Kiuttu

PS. If you are a premium member in Wealthy Affiliate, I'd love to hear from you in the comments below:

What benefits have you received from the Wealthy Affiliate Premium membership?

Let us know in the comments below! :)

PPS. If you are not YET a premium member here in Wealthy Affiliate, upgrade here now.

Banana and some other fruits

For those who are really on a tight budget, adding these kinds of foods to your diet will help you to save money. I say this from my own experience because I used to be extremely frugal with money and look for the cheapest foods. Especially oatmeal is "almost free" in many countries and it's also nutritious.

You'll save that $49 with a few small choices.

Write something…
Recent messages
AmadoO1 Premium
Hi Roope! As a Filipino, I thank you for your help regarding online scams. With circumstances such as they are, there are countless people the world over looking for ways to earn online. Unfortunately, there are those who take advantage of the difficulties of others.

I know I'll make something out of my efforts here. Once I do, I will be helping others succeed as well. The monthly due of $49 is quite a dent financially, but it is a calculated risk that bids well.

I wish everyone here on WA success. Let's just go step-by-step until we get to the level where Roope is. Cheers!

Reply Like Like You like this
GazBower Premium
Hello Roope, I have to agree that in most western countries there are a majority of people who spend more than £40 ($49) on a single meal in a restaurant, on a night out with friends or in coffee shops over the course of a month.
In fact I personally know people who are on government benefits that gamble more than the monthly subscription to WA.
The issue in most cases is not being able to find the money, it is their priorities.
Until people want to get out of the 9-5 grind and make a better life, they will make excuses such as I can't find the money.

Reply Like Like You like this
FKelso Premium
There are so many benefits to this platform. I don't think people realize how much they are getting.

I just did a review of a company called Alphapreneur. The man has a good idea -- it's a Facebook-type for folks involved in online business. There's some basic training with it as well, though that is a bit limited. However, they are charging $97 a month for this service. That's ridiculous! If it were free, like FB, I'd consider it a good idea. But compared to what we get for half that price per month, it's a travesty. I wish more people realized how much we get here for our money.

Reply Like Like You like this
AmazeCPS Premium
I also agree with your point of view. Some non-western people think this will high membership fee but, when they join with this and getting these full of facilities, then, they will think it not so much. as experience we know about. When we are starting this business no understanding about total package of facilities and how much can I earn?

But, now we can understand it is little money when we are starting to earn. I think no argument, if some start to earn this will cover from the earnings, but, if they are not starting to earn, they will think this fee is much burden for them.

But, I don't know, as Wealthy affiliate management they provide more package of facilities in same price for several years (monthly). Anyway, my suggestion, if you want to earn, if you have trustable source, no argument, start your journey. work hard to earn 1$, then try to increase it. then one day you will come to target.
Good Luck
SAM

Reply Like Like You like this
EddySalomon Premium
I don't want to make assumptions about people's wallets just because they live in a western country or anywhere else. Everyone has different financial situations depending on many circumstances and not just their country of origin.

That said investing $49 per month in yourself which could lead to hundreds if not thousands of dollars per month is a no brainer in my opinion.

But most people don't really think in terms of business or long term investments. Most of us are trained to think like employees. So folks go into this business with that attitude and it's why they hesitate and make excuses for paying money for something where they may not see something in return. So for a lot of people I think it's less about the amount but more about the fear that I'm going to pay something per month and then actually have to work knowing that I may not actually succeed.

Either way it's a self defeating thought that can really prevent people from reaching some amazing things in their lives. Fortunately WA does allow people to work through some of those fears and doubts via the free starter membership. If you still don't see the value in investing in yourself after going through that then its probably best you don't.

Reply Like Like You like this
Defiant6 Premium
@EddySalomon
You hit the nail on the head, Eddy!. It is so hard to break that employee mentality that you're used to because that's what most of us are taught in schools and from our parents when growing up and then of course, working actual jobs.

I still have that mentality a lot of times, but deep down I know that Wealthy Affiliate is the answer which is why I continue on here at WA and I have financial goals that I'm determined to reach.

I definitely have had some successes here at WA and I have earned some money from both websites, it's just that I have a long ways to go to reach an income level that will allow me to quit both of my jobs.

I've been here at WA for 6 years now and I continue on at my own pace. The hardest thing for me to do is stay consistent which I know is the reason I haven't reached my income goals here yet. I'm not giving up though, and will continue to move forward even if it's just a few steps at a time.

I totally agree. I've been an online business owner for years. And I still struggle to shake off employee mentalities and habit. But that's decades of learning we're fighting. But I'm glad to hear you are fighting it and having some success with your business. As long as you don't give up, and you stay consistent applying what you learn here, you'll find more success.