Today I just hit the milestone worth celebrating.

And as always, I want to share some insights to help you to grow your YouTube channel and your online business. 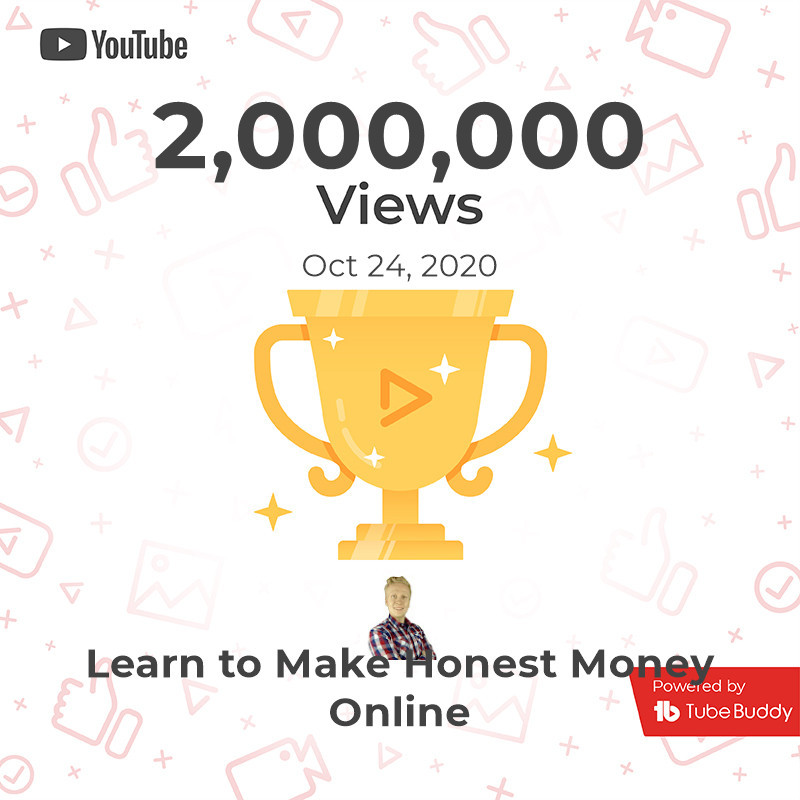 If you are doing blogging and you want to get your ranked on top of Google under certain keywords, you'll prefer keywords that don't have so tough competition.

Now you might be thinking that the same applies to YouTube... But that's not what YouTube experts think! They're saying that competition on YouTube is a great thing. In fact, they say that you shouldn't create videos about topics where there isn't any competition.

I know that this sounds really counter-intuitive and I was also surprised when I heard it for the first time.

Having competition means at least a few things: 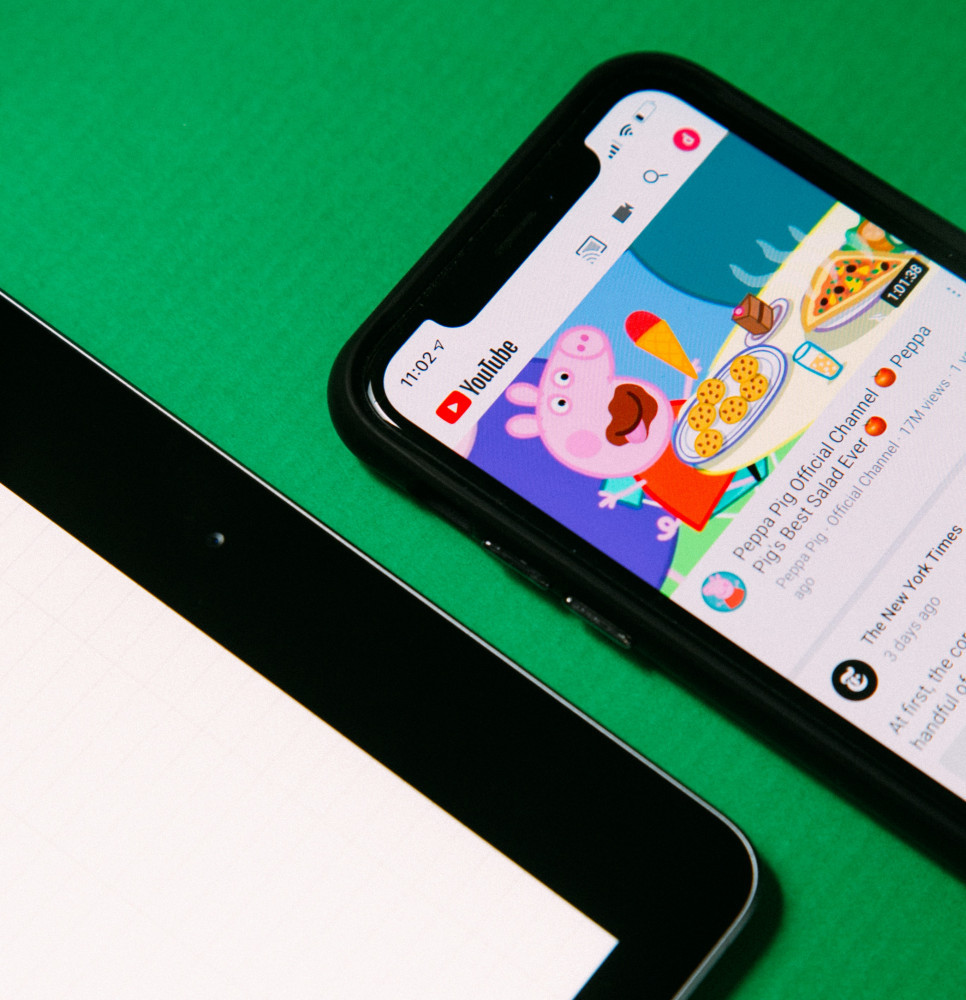 Exception to the Rule

Let's say that there is a keyword that many people are searching on YouTube.

You search that keyword and you notice that all top-5 videos under that keywords are getting tons of views.

However, you also notice that none of them is directly answering to that keyword. They're just somehow related but you notice that nobody specifically talks about the topic that people are looking for in their videos.

=> This is an opportunity for you!

Once you create a video about that topic, you're going to gather a lot of views for that video because people are searching for it and nobody else is answering people's questions.

However, expect that other people are going to create videos about the same topic once they realize it's getting tons of searches.

I'm pretty confident that in 2021 my channel will reach 100,000 YouTube subscribers milestone. Then in the coming years we'll hit 1 million subscribers.

At some point, I'll probably want to create some coaching programs / courses where I'll help other YouTubers intensively to grow their channels too.

But for now I focus on growing my current channel rapidly. Since I've focused on it more this year, the growth of this YouTube channel is accelerating and most likely we'll reach 50,000 subscribers milestone before the end of this year. 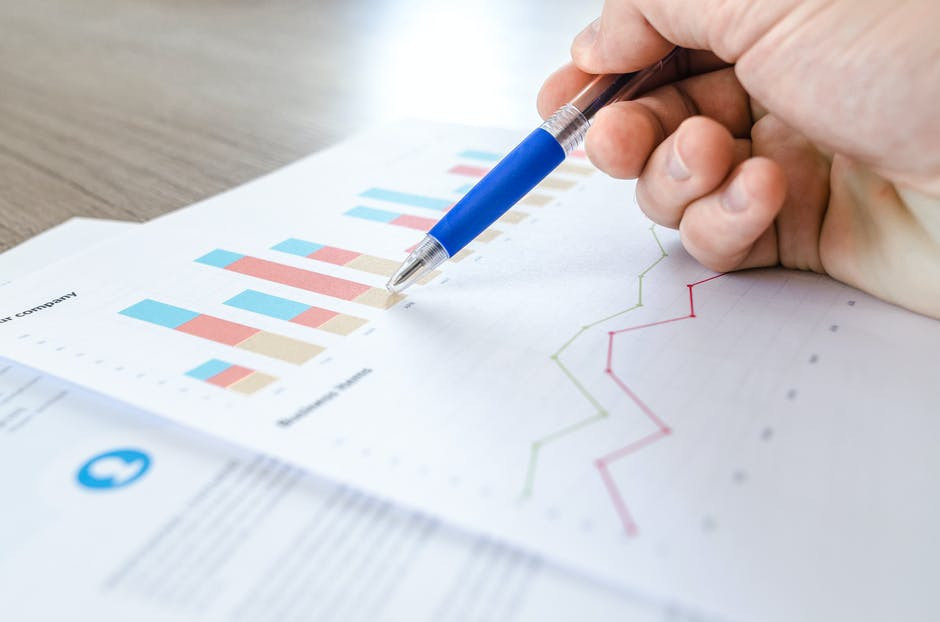 PS. I'd love to hear from YOU!

Write something…
Recent messages
szeeman Premium
Many congratulations! Is there anyone to follow right now that can give guidance in what works right now in terms of rank factors in YouTube for created videos in terms of what your video description should look like, whether there is any point in creating hashtags for keywords within your YouTube description?

I am quite ok with following the guidance of VideoIQ in regards to video tags and all the steps that needs to be followed there.

Was mainly wondering about the description itself and some you will see do some keyword stuffing at the bottom of their video description but I get the idea that this is not necessarily a good thing. I just know that the algorithms keeps on changing and I am not sure what the current best practices are. Some tips and clarity if you have any will be much appreciated!

Reply Like Like You like this
LenkaSophie Premium
@szeeman
Schalk, I follow some YouTubers who give advice how to rank, how to grow etc. and I follow their principles. I think both VidIQ and TubeBuddy are good.
Description should be rather longer, tags should help also (do you mean tags when you say hashtags?) and the most important thing is thumbnail and title.
But no one knows how the YouTube algorithm works exactly, same as with Google, we can only guess, try and test.

Another thing that I do not think is a good idea, but once again I may be wrong, is keyword stuffing.

I do not think this to be a good idea or working either as you already have the tags anyways, but especially wondered about the hashtags like #WA etc. in the YouTube video description if this has any effect. Once again I think the answer is no, but still curious to know what others think in this regard.

Reply Like Like You like this
LenkaSophie Premium
@szeeman
I also don't know and just like you, I would say hashtags have no importance. I would definitely not do keyword stuffing.
It's a process of never-ending learning and we will still never know what the algorithm does :-)
I'm just testing and trying various thumbnails and titles in this very early stage.

Reply Like Like You like this
szeeman Premium
@LenkaSophie
Yes I will make no changes to what I am already doing. I think what I am doing is fine. The key is in the audience retention I believe and maybe need to search for new avenues, new places where videos can be shared. I just feel that my videos do not get enough exposure to really take off. I have the odd video or so that gets 2k plus, but most of them get stuck just over a hundred or less than 200 or so lol. It feels like way too much effort for so few views lol.

Reply Like Like You like this
jefferycarl Premium
I think this course is far the best i have ever invest ,in look people who i think that love to see you be Successful and in a material world, were all it look like is how much money we can get for you,i done my research and man,Wealthy Affiliate you guy rock and you are the BEST.

Reply Like Like You like this
LenkaSophie Premium
Congratulations Roope! I am growing a YouTube channel, I thought it would be complementary to my website but now I actually enjoy making videos more than writing.
There's a ton I need to learn; I also follow Brian Dean among others.
Just subscribed to your channel.
All the best!
Lenka

Here are 2 videos that I have created that explain the earning mechanisms: How Much Money Does YouTube Pay For 1,000 Views? (3 TRICKS to Earn More Money!) How Much YouTube Pays for 1,000,000 views? (EXACT Numbers + Advice!)