Times You are Selling Yourself Short!

5 Times You're Selling Yourself Short Without Even Realizing It

This is an article By Kat Boogaard that I took from MUSE this morning, Many of you may have already seen it, in that case I apologize.

Recently, I received a LinkedIn message from someone who had read some of my work here on The Muse. “I really enjoyed your article about quitting your job with no back-up plan,” she said, “It was encouraging, insightful, and just what I needed to read right now. Thank you for sharing!”

I smiled and began to type out a response to her compliment, and then stopped to glance back at what I’d written so far. My first sentence started with something like, “Thanks so much for reading my incessant ramblings about my career journey.”

Incessant ramblings? Why was I describing my own work like that? This was an article I had worked hard on—one I was actually quite proud of. So, why couldn’t I just accept her praise and well wishes? Why did I feel the need to self-deprecate and minimize my own success and accomplishments?

We all do it—sometimes even subconsciously. Even if you consider yourself to be a fairly confident and self-assured person, it’s all too easy to sell yourself short without even realizing it. After all, none of us want to seem overly aggressive or arrogant.

But, I think it’s time that we challenge that fallback behavior. That’s right, it’s time to pull your shoulders back, pick up your chin, and present yourself as the intelligent, qualified, and capable professional that you are.

As the old adage goes, the first step in solving a problem is recognizing it. So, here are five times when you’re selling yourself short—as well as some advice you can use to stop doing it right this very minute.

1. When You Overuse Qualifiers

This is probably a terrible idea. Maybe this is a stupid suggestion. I haven’t thought this through.

Can you remember a time when you prefaced your ideas with one of those doubt-filled statements? I’m willing to bet that you can actually recall many times when you relied on these introductions.

I get it—you want to send the message that you’re not totally committed to your suggestion. Instead, you’re just trying to brainstorm, put some ideas out there, and get the creative juices flowing. However, you can definitely still give that impression without blatantly shooting down your own contributions right from the get-go.

There are plenty of alternative statements you can use that don’t oversell your idea, but don’t negate it from the start either. In her article about killing your own ideas, Muse writer Sara McCord shares some great, positive phrases that’ll keep you from sabotaging yourself.

2. When You Say “No” to New Opportunities

Believe me, I know how scary it can be to throw yourself into a new opportunity. I’m a total creature of habit. So, if I didn’t consciously push myself, I’d be perfectly content to just stay in my own little bubble where it’s safe and predictable.

However, if I stuck with my natural tendencies and was never willing to reach outside of my comfort zone, I know I’d have missed out on some awesome chances to grow and improve. For example, I wouldn’t be writing this article right now—that’s for sure.

You might think of saying “no” as a way to preserve your own ego. But, spending your entire life trying to tiptoe around possible disappointments is really only exhausting and counterproductive.

This one is simple! Just start saying yes—even if the very thought of it makes your mouth turn dry and your palms start to sweat. I know that sudden change in perspective can be a little (OK, a lot) terrifying. But, it’s also exciting! Plus, you’re sure to learn some valuable lessons along the way.

3. When You Play Down Your Own Accomplishments

Remember that LinkedIn user above that took time out of her day in order to send me an awesome compliment? My immediate inclination was to shoot down my own success, rather than simply own it, thank her, and move on.

I think this tendency is totally natural. Nobody wants to come off as self-righteous or egotistical. But, it’s important that you pay attention to those times when you tend to talk down your own accomplishments, and make every effort to cut yourself off. Just think—if you don’t think your own work is awesome, why should anybody else?

Accepting praise can be awkward. So, when in doubt, reply with a simple and heartfelt, “Thank you.” If you’re feeling extra brave, tack on a quick, “I worked really hard on that!”

4. When You Steer Conversations Away From Yourself

You’re at a networking event chatting with someone new. He starts with the classic, “So,what do you do?” question. You give a one-sentence synopsis of your career, and then immediately jump to, “But, enough about me, I’d love to know more about your sales role!”

Yes, networking involves some give and take. You don’t want to completely monopolize the conversation by giving a detailed breakdown of your entire career history—starting with your high school pizza delivery job. However, you also don’t want to avoid talking about yourself at all.

Normally, I wouldn’t advise treating networking like a job interview—that can quickly transform an already awkward situation to unbearably uncomfortable. But, if you’re someone who has the tendency to constantly shift the spotlight away from yourself, responding to questions with that frame of mind will help you talk about yourselfnaturally and provide thoughtful answers without seeming overly self-promotional. Just remember to end each response with a question to maintain that back and forth conversation.

5. When You Don’t Put Yourself Out There

You don’t toss your hat into the ring for that promotion. You’ve been meaning to approach your boss about a raise for quite some time—meaning three years. You have a great idea to share in a team meeting, but you insist on keeping your mouth shut. You want to sign up for your office’s kickball league. But, your nightmarish experience in high school gym class is causing you to think twice.

Turning down opportunities that fall in your lap is one thing. However, refusing to speak up or even put your name in for consideration is a whole new counterproductive ballgame (kickball game, that is). Remember, you can’t get the things you want if you don’t go after them.

Putting yourself out there—particularly if you’re used to being more reserved—is definitely enough to make your pulse quicken. But, in those moments of sheer panic, ask yourself this simple question: What’s the worst that could happen? Yes, you might receive a disheartening rejection. You might be stuck with your current salary for now. You might even get a kickball straight to the face. But, is that truly the end of the world? No. In fact, holding yourself back and stunting your own growth is much, much worse.

Nobody wants to be that person who rambles on and on about her astounding skills and impressive career history. But, at the same time, you don’t want to go so far in the other direction that you continuously negate your own accomplishments and completely sell yourself short.

Yes, it can be a fine line to walk. But, it’s definitely doable! Pay extra attention to these five situations, and you’re well on your way to pumping yourself up—rather than shooting yourself down.

I hope you enjoyed this article as much as I did.

Reply Like Like You like this
KarinKnoetze Premium
Hi Robert, many thanks for this article. If truly hit home for me as well. We really need to distinguish between being humble and breaking our own value down in the process. It is okay to accept compliments with humble pride. 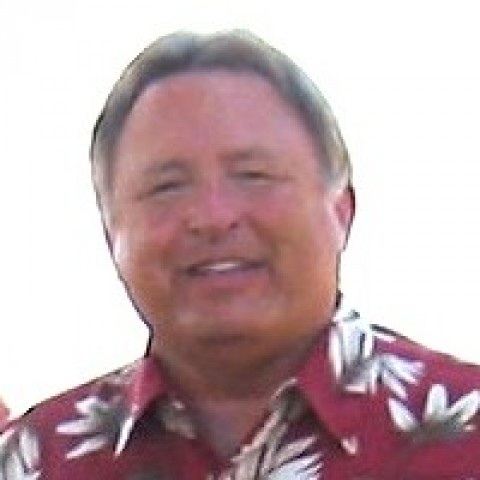