Finished the training, which if you've never researched Affiliate Marketing, will tell you everything you need to embark upon it. However, chess takes a few minutes to learn, and a lifetime to never quite master...

I think I'd come across everything offered in the training before arriving here, bar perhaps the most important part which is keyword implementation.

I had read articles on it and had installed a Google QSR feature within Chrome, and been directed to Google's own keyword tool, fooled around with it, but hadn't implemented keywords in my post titles prior to that. Once I seen how that worked, and followed up some of the other training/articles on WA re that subject, it became clear why so many blog posts I'd seen were of a sameness; "5 ways to...", "How to..." etc. I'd written blog posts with relevant titles, clever play on words, but they weren't what was being searched for. The content was fine, just I realised I had to tweak the bait. So I've been doing that from now.

I've been writing for two blogs daily, my own off-WA original and my WA hosted one. Both are in the same niche, but the WA one is a more watered down, for-general-consumption version. That version will also be more blatantly affiliate than my other,

Well, I say that but my other site has a fair few book reviews that are all Amazon affiliate links, but I intend addressing a wider range of programs and products on my WA site.

Re site traffic on my non-WA blog, still too early to tell how my new naming convention for posts is affecting things. I also promote a link to my own product on that site and seen around 15 sales last month, 2 thus far this month. On the additional links I got one sale from an unrelated product in August, and I'm seeing at the very least the others are being clicked on, if not purchased as yet.

However, one concern I've had since is that I set up these reviews as a static review page, and wondered if Google viewed that page as "bridge" due to the links on it? I can see in my Google Search console the number of indexed pages and sitemap, and I checked the page using the SITE and INFO operators and noted the page was found, so all must be well. The page contains reasonably lengthy original reviews, the links are all different, but there are a lot of links (maybe 20). I'll keep an eye on it.

I set-up the non-WA blog primarily to promote my own book, the affiliate links (book reviews) were an idea I had after WA. As noted in the training, for low price items such as books, the commission is pennies. However, that's where WA blog will take up the slack because in addition to books, I intend reviewing much higher priced relevant items from clickbank, and other affiliate offerings I've noted.

I've an idea for three other niche sites but I don't want to kick those off just yet, I want to see how things go with what I've got, and to be honest, writing 2,000-3,000 words a day is enough just now, and doing that means I have to put off some other writing (my follow up book),

So my next step is to start easing in reviews on my WA site, growing it out with various articles, so it doesn't appear so barren to anyone visiting. I wanted some padding initially anyway, before I start posting affiliate reviews/sales, and those posts are out there in Google-land now and don't have an expiration date on them, and will help draw an audience (I hope) for as long as they are. Just didn't want to dive in straight away with the used car salesman pitch, keep the content well paced, because as I note below, there's no hurry.

My non-WA site has been live since the end of May. It's traffic is growing and I'm aware from that, and other blogs I've seen blossom over the years, that it is just that: a task that takes years. This is the long game.

You can't lift the big weights by skipping the smaller ones as they say...

Write something…
Recent messages
bill808 Premium Plus
Play Black Jack every day. Study 1 hour a day; work on your website, opt-in list and autoresponder 2 hours a day and you will work on your business 21 hours a week. Play 21 consistently every week and you will achieve success.

You want to create a residual income. Repeat sales through affiliate marketing can accomplish that, but affiliating with a subscription service like WA that pays you a commission on renewals will provide you a stream of continual monthly payments based on the work you do today. 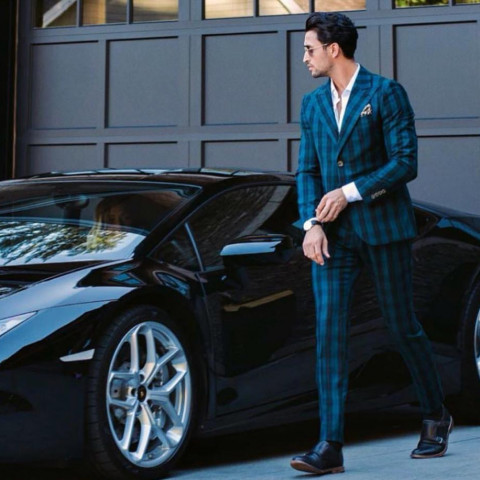