Last Update: July 14, 2012
This article is about the evolution of all life on Earth. See also the timeline of human evolution.

humansAxis scale: millions of years ago.
Dates prior to 1000 million years ago are speculative.
This timeline of evolution of life outlines the major events in the development of life on planet Earth since it originated until the present day. In biology, evolution is any change across successive generations in the heritable characteristics of biological populations. Evolutionary processes give rise to diversity at every level of biological organization, from kingdoms to species, and individual organisms and molecules such as DNA and proteins. The similarities between all present day organisms indicate the presence of a common ancestor from which all known species, living and extinct, have diverged through the process of evolution.
Join the Discussion

Write something…
Recent messages
jghwebbrand Premium
Hi, I do not believe in evolution of life. I believe that life started at creation when God created man and women on the sixth day of creation. All species were created by God on the fifth and sixth days of creation. A dog only reproduces a dog and not a cat. An ape only reproduces an ape and not man as evolution teaches. A rose only produces a rose. Everything has its own order and this order was established by God. You cannot cross species because God has established the boundaries. You are entitled your opinion just as I am entitled to mine. By the way, I believe that man has been on earth for only a little more than 6,000 years. Have a great day!

Reply Like Like You like this
Labman Premium Plus
I do hope you are joking. In fact, I discussed the Creationist movement with my dad... a Presbyterian minister for many years. He indicated that the origin of the bible was done by a committee of Priests. They gathered together the writings of all the theologians of the day, figured out how to keep the current population happy by usurping their holidays for holy days, and used hyperbole and stories to get their point across. Then they bound it all together into what we once new as the Bible. Since that time it has been translated into many languages some translations are better than others. The current King James version that the thumpers (hope you aren't one) are taking verbatim is one of the poorest translations available. Read it in it's original language and I bet you get an entirely different take on things. Even the Greek translation is much different than what we English speakers are used to.

I can go on but I think I've made my point. 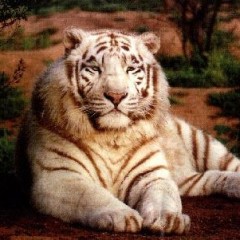