What A Week This Has Been

Good Morning to all you lovely people at the WA Family, as always do so hope that you are all keeping both safe and well.

As you will see I have had to have a rather major rethink about how I am to proceed, This has been bought about by a member's lengthy comments on where I am going, (or not, as the case may be). Have to admit that he is absolutely right, I talk a good talk, but do not appear to achieve the results that they should bring.

Rather than be offended which I know was not the intention, took it as an honest appraisal of some two years plus blogs on WA.

Seeing this on Monday made me step back a few feet to decide just what to do and where to go, the intention must be to get moving in a more positive and productive direction.

As I said that I would do, started a mind map for the amended website, to see where I was at. Also spent a little time on designing a major product to use as a fairly pricey up sell, do realise that this could take some time but am not in a hurry, as I need to finish other bits of the funnel off first. As I finished the mind map, read the comments on my last blog.

This led me to having a long hard look at some of the previous subjects which I have started, some were really good, but have been totally ignored for far too long.

Have taken the decision to have an in depth look at some of these items, decide what to do with them, seeing if they should in fact be used first. One of them at least is designed to help build a list which I had totally forgotten about.

This had made me realise that instead of forging ahead with a new bright idea, to have a look first at what I have already started.

Have therefore spent some time going through these old ideas, more importantly bringing them to the forefront so that they can be used. I am not neglecting the funnel, merely using what I have got to get me going.

The kick up the rear from the kind guy who commented had made me take a really seriously hard look at things. It would appear that I was starting and not finishing, in other words for some reason, getting going then moving on to another project, whatever the reason.

It could be that I either got bored or felt that it was too difficult, whatever the reason it is now time to sort things out, YES!! You have heard it all before, but I seriously mean it this time. It is going to take time to sort it all out, but this is make or break.

Do it or pack it all in.

As this would mean losing an awful lot of money, not to mention the time that I have
invested, think that you will realise that I really am serious.

Have started an article which hopefully, will lead to the start of building the list, I am using the old website which I used to just let run. Had totally forgotten that it contains a number of free items on it, so hopefully it might be the start that I am looking for.

But as usual, we will have to wait and see!

Have in fact, rightly or wrongly had a couple of days away from the computer and the business. This has allowed me to think and take stock about everything, in truth still a little confused and even angry at myself. But what is done is done, as they say no use crying over spilt milk, just get on with it.

Thought of the Week

The Next Few Days

Whilst not totally neglecting the funnel, will potter with it for now, intend to continue to check what has not been properly used. With the few items that I have found, am a little annoyed at myself, forgetting some really good stuff that could be making me money.

However as we keep saying little baby steps, then I will get there. Must confess am starting to feel more positive again, think that the couple of days out and about in the fresh air has done me the world of good.

One thing that will be completed is my article in which I will be mentioning the website, offering some incentives, this hopefully will begin to yield a few leads.

Have made some notes of items which I intend to complete next week, doing, for once, one job at a time.

Sincere apologies for the layout, for some reason the copy is not doing as I am telling it too. Bold is sticking on, the capitals will not work, so will just have to let it go, as it is.

This week has taught me a few things, mainly finish what you start, let us see what next week brings.

Be Happy, Healthy and Wealthy,

Write something…
Recent messages
Debbi26 Premium
Well, you're just having a rough, reflective week all around!!!!! I'm happy to hear you weren't offended by this man's observations. Sometimes we get so wrapped up in the details, we don't really see the big picture. That big picture often shows us where we've been, where we're going and, more importantly, if we're moving in the right direction (or moving at all).

I'm sure you'll work it all out now that you have perspective.

I'm heading to my MILs in the am so I'll be on/off for the next 2 weeks. Take care and have a glass of wine, relax your mind and let your plans form on their own.

As always good to hear you very valued and sensible comments.

Have started to put my plans into action already.

Do so hope that your exMIL values all that you do for her, but try to enjoy it and do not overwork youreself.

At least I know where you are if you cannot respond to anything that I write.

Reply Like Like You like this
Christorv Premium Plus
Wow, I just read another self reflection posts just a short while ago. This is good - you have been busy so at times the breaks really hit home and we get to learn a few things here and there. Finishing what you start - only if it is a good or better option - is the way to go indeed

All the best, Stuart, to a better next week 💪

Reply Like Like You like this
Teasmade Premium
As a newbie and a bit of a technophobe, who joined in May but only recently started doing the training, I’m afraid I don’t know what a funnel or mind map is….but I’ve admired your drive and discipline, especially as a ‘senior’. I see the person who commented last week that prompted your taking stock, was given a ‘write ban’ …. was that anything to do with his comments to you, do you know? I hope not as he clearly meant it to be constructive criticism, and as he’d only joined in July and was reflecting on your posts from a year ago, he found you interesting enough to look into your past posts. In other words, he cared enough to criticise.
Are you going to tell us soon what your main website is?
Keep up the good work.

Regarding your questions, a funnel I describe in my selfdevelopment and well being site as one of the posts, have to be careful about disclosing too much in case it is against site rules, am never quite sure what we can and cannot do.

A mind map gives a title or subject, from there you have other items of interest that are related to the main subject, these are what you intend to write about, you can use them as content for your blogs or even to design a product.

My main website will be my brand which is Learning and Wealth.

If you would like more information please drop me a private mail, as I can give you fuller answers on there.

Regarding the guy who I thought was being constructive, sincerely hope that it was not because he wrote about my posts. 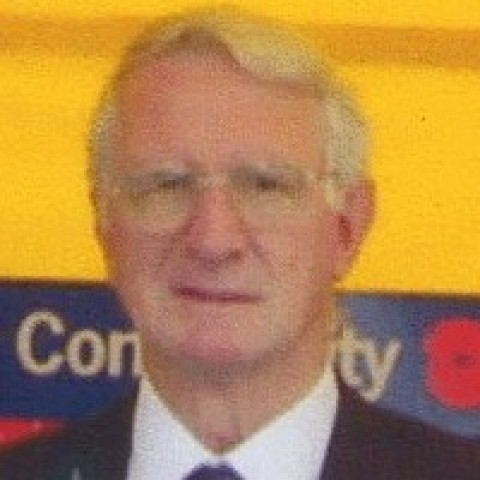