As you might know, I had been a professional chef for over thirty five years before finding my way here on this platform.

Back in 2013, I lost my father. He was a great man. He died at the age of 83 not of ‘old age’ but due to a fall. Take back that fateful day and he would still be practicing his dream as a doctor of alternative medicine today.

Paul Bocuse was a highly celebrated French Chef who pioneered and redefined traditional French Cuisine. He has been referred to as the “Pope of French Cuisine” and died in the town of Collonges-au-Mont-d’or where he was born. He was 91.

My entire foundation of cooking was based on the works of Paul Bocuse and his mentors of generatoins past.

He learned cuisine classique techniques of Auguste Escoffier and trained under some of the best before him. He refined the “classical” techniques throughout his career and became one of the most prominent chefs associated with Nouvelle Cuisine.

“Much more than a father and husband, he was a man of heart, a spiritual father, an emblematic figure of World Gastronomy and a French Flagship who is gone,” said a statement from his wife and children.

The loss of my father and my father figure were great losses in my life, but as we know, life goes on.

Today, I learn that a Three Star Michelin and Celebrity Chef is found dead in his hotel room in a small community in the East of France.

Anthony Bourdain was a Chef turned TV Star and had spent years trekking around the planet not necessarily searching out the latest in food trends but instead bringing forth the cultures behind the foods.

He was a 1978 graduate of The Culinary Institute of America. That’s about the time that I was starting out at The Magic Pan in Toronto as a production cook.

His initial ‘claim to fame’ came when a book that he wrote made it to the New York Times Bestseller List.

The book, ‘Kitchen Confidential’ was written for fellow cooks and chefs to let them know about what actually occurs in the ‘Culinary Underbelly.’ It was his account of what actually went on in the restaurant/hospitality business including drug and alcohol abuse and what led to people to do things that were sometimes very irrational.

The book caught the attention of the general public interest and became a best seller.

His death was released as a suicide.

“It is with extraordinary sadness we can confirm the death of our friend and colleague, Anthony Bourdain,” the network said in a statement. “His love of great adventure, new friends, fine food and drink and the remarkable stories of the World made him a unique storyteller.” – Source CNN

I followed Anthony for many years after reading his book. He resonated with me, and I remember giving away his book to all of my employees once they had shown me six months of dedication. It was a ritual.

His talents and adventures never ceased to amaze me and I will miss him very much.

My thoughts and prayers are with his daughter and family during this verydifficult time.

What I do not understand Anthony, is why suicide?

Those that founded our careers on the work of Auguste Escoffier.

New chefs today do not even know who Escoffier was.

This was a heartfelt post you wrote. Of course, it is sad when somebody takes his or her life, it should not happen. Look at the world where people so easily take others peoples lives, that is a lot worse. Let's hope we will die of ripe old age and peacefully in bed.

Yesterday was difficult for me.
Today, I spent most of the day in the garden creating a circle
of life for my vegetables.

I am still not completely over Anthony but in due time.

Yes, let us hope that we will die of ripe old age and peacefully in bed.

Thank you for your kind thoughts.

Reply Like Like You like this
marmar463 Premium
That was a wonderful trace of Anthony's life but to take your own life is wrong. My sympathies goes out to the family.

Reply Like Like You like this
PMindra Premium
@marmar463
Hi, Mary.
Thank you for your sympathies that go out Anthony's family and I agree with you regarding taking one's own life.

Anthony said that he was raised without religion, and that his family was Catholic on his father's side and Jewish on his mother's side.

He has been married twice and is survived by only one daughter.

The only reason that I wrote this post is because as 'Chef's' from years gone by, we have always conducted ourselves as a 'Band Of Brothers.' We know what we had to go through to get to where we are today.

We worked together as 'Brigades' and often went from one Brigade to another to get the jobs done for those that needed to get the job done. Most of the time, we were very poorly paid.

Why Anthony would take his life, I do not understand. It seemed to me that he had taken his 'broken' past and built it to the pinnacle of finishing it in a most productive manner.

I am lost for words at this time.

Thank you for your response.
It is well noted.

Reply Like Like You like this
marmar463 Premium
@PMindra
That is good that Chef's stand together no matter what. I am sorry that Anthony died but we don't know for sure what he was going through at this present time.

It is just a shame that he couldn't get help for whatever problems he had.

Reply Like Like You like this
PMindra Premium
@MKearns
Hi, Michael.
Nice to hear from you. It is an honour always when you reply.
Thank you.

The culinary industry today is not what the culinary was 50-25 years ago. All things changed with the Internet.

Chefs are now 'Celebrities' and 'want to be celebrities.' Don't get me wrong, Michael. It is what it is.

The knowledge and training that one had before as a chef means nothing today.

Not only is Anthony's ending sad, so too is the end of 'real food sad.'

The only time I have a great meal is when I prepare it for myself at home. And guess what? It's not from ingredients from the supermarket.

We chefs from the past are like a 'Brigade' and many have branched out into farming and raising. We all stay in touch.
We know the importance of food and how food should taste.

When was the last time you bought a tomatoe from a supermarket that actually smelled like a tomatoe?

The bread does not even taste like bread anymore unless you bake it yourself depending on if you can get the right flour.

"A brave man once requested me
To answer questions that are key
Is it to be or not to be
And I replied oh why ask me."

Sometimes it is easier to just give up.
Maybe, that is why so many of the greatest have given up.

Thanks again, Michael for your response.
It is valued.

Reply Like Like You like this
BradB18 Premium
Great post, Paul, and a terrific tribute. AND as you state, why suicide? Like the late and great Robin Williams, you just don't know what ticks over in a person's mind, no matter how famous or successful they are.

The 'Circle of life' as I shared with my son within the movie, 'The Lion King' even a seven year old can have grips with.

Take that same seven year old through the 'circle of life incomplete' and their is much confusion in the mind of that child.

I remember a song on the movie 'Mash' that sang 'Suicide is painless, it brings on many changes..."

Here are the Lyrics because I cannot post the link.

I think that Anthony at some point in his life was faced with the following:

"A brave man once requested me
To answer questions that are key
Is it to be or not to be
And I replied oh why ask me."

Sometimes too much to handle.

I still do not get it completely.

"The sword of time will pierce our skin
It doesn't hurt when it begins
But as it works its way on in
The pain grows stronger, watch it burn"

As Chefs from the past, we all operated as Brigades or what you might call 'A Band Of Brothers.'

Today, I lost a brother.
My candle for Anthony will burn until it burns out and then the sword of time will continue with its magic.

Reply Like Like You like this
PMindra Premium
@BradB18
Kindest regards, friend.
Yes, moral honesty.
What exactly is 'moral honesty?'
More tomorrow if you do not mind.
The Candle for Anthony is at its final and I have to say a few words.
Thank you for your support.

Reply Like Like You like this
PMindra Premium
@BradB18
Means that one has to be responsible.
In all aspects that we are expected to be within.
Look up 'Honesty' and ' Moral.'
Post it here.
Thank you Brad.
It is now 2.51 est and I am still waiting for the candle to burn out.
It is close.

You are very special.

A very special thank you to you. 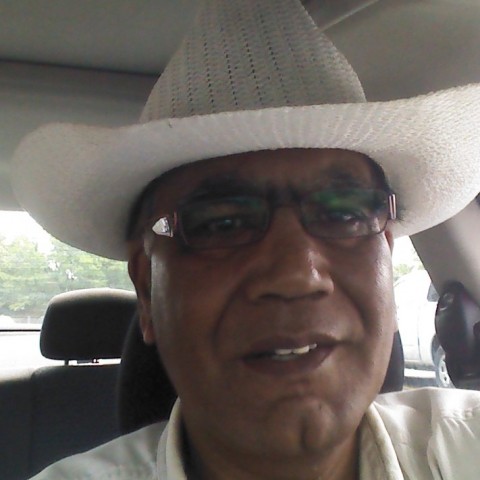